How And When To Stream Evil Season 2 On Paramount+

Stream the Season 2 premiere of Evil on Sunday, June 20, exclusively on Paramount+.
It's nearly time to dive back into the world of demons and angels. Or science and psychology, depending on what you believe. The CBS drama Evil is back and on the move with Season 2 bringing chilling new episodes exclusively to Paramount+.

Season 2 of Evil premieres Sunday, June 20, with subsequent episodes dropping on the platform every Sunday.

Keep reading to find out where and how to stream Season 2 of Evil.

What is Evil Season 2 about?
Evil is a psychological mystery that examines the origins of evil while dividing the line between science and religion. The series follows Kristen Bouchard (Katja Herbers), a skeptical psychologist who joins priest-in-training David Acosta (Mike Colter) and his partner and technology expert Ben Shakir (Aasif Mandvi).

Together, they investigate the Church's backlog of unexplained mysteries, where they evaluate individuals who believe they experienced or are currently experiencing miracles, demonic possessions, and hauntings. The end goal? Figure out if there is a logical explanation or if something truly divine (or demonic) is at work.

Season 2 picks up where Season 1's unforgettable cliffhanger left off, with the dynamic trio working to find the 60 demons (or psychopaths) hidden across the earth. Now it's a race against time to stop innocent people from being poisoned with evil, sometimes before they're even born.

Meanwhile, Kristen looks for answers to her burning questions and Leland Townsend (Michael Emerson) continues to wreak havoc, hoping to throw a wrench in everyone's plans. 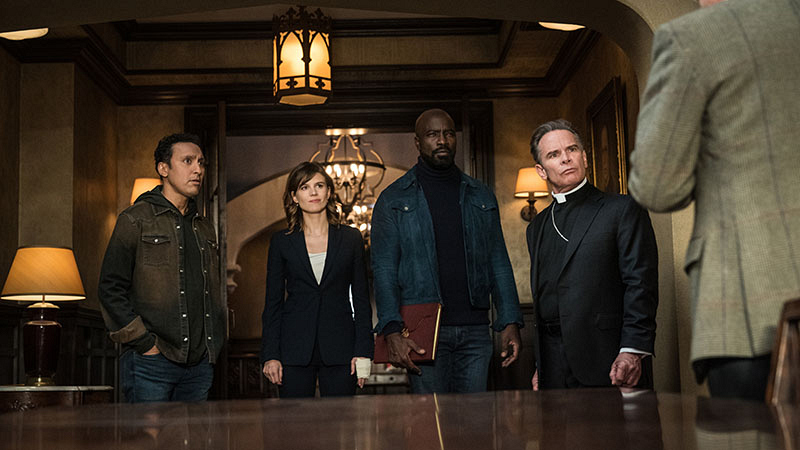 Who's in the cast of Evil Season 2?
The incredibly talented trio is back, with Katja Herbers, Mike Colter, and Aasif Mandvi reprising their roles as mother and psychologist Kristen Bouchard, priest-in-training David Acosta, and tech guru Ben Shakir, respectively. Michael Emerson also returns as the forensic psychologist—and possible demon (or psychopath)—Leland Townsend, ready to cause trouble.

READ: All The Guest Stars On Evil, So Far 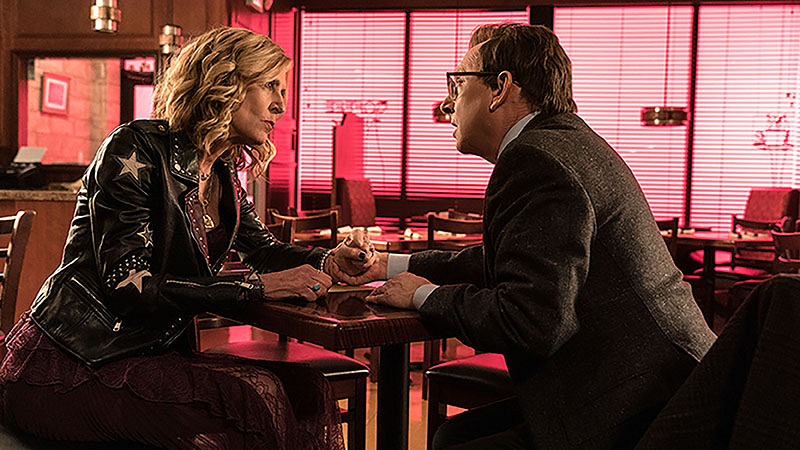 How can I watch or stream Evil Season 2 online?
It's easy! Just sign up for Paramount+, which is currently available online at ParamountPlus.com and on mobile devices via the Paramount+ app for iOS and Android. The service is also available to stream across a wide number of platforms, including smart TVs, connected-TV devices, online, mobile, gaming consoles, and leading OTT providers. 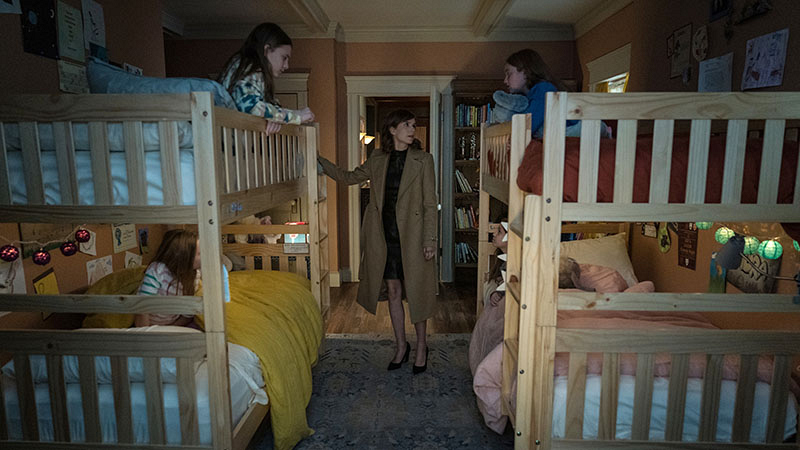 Not only will Paramount+ let you stream Evil, but drama fans also get an impressive lineup of other programs, including shows from the minds of Evil creators Robert and Michelle King, like The Good Wife, The Good Fight, and Brain Dead. You can also stream other top drama series like Criminal Minds, Clarice, The Equalizer, FBI, and more.

You'll also get CBS primetime shows like NCIS and Young Sheldon, and specials like the 48th Annual Daytime Emmy Awards.

Stream the Season 2 premiere of Evil on Sunday, June 20 exclusively on Paramount+.