Paramount+: Everything You Need To Know About The New Streaming Service

Get the 411 on technical specs, FAQs, content offerings, and other details about the expanded service that launched March 4.

From coast to coast (or just couch to couch), Paramount+ is your new destination for the best in streaming entertainment, both live and on demand. Featuring a massive library of TV shows and films from across a family of established brands, the service also offers world-class sports, breaking news, and an expansive slate of over 24 exclusive original series.

It truly is a mountain of entertainment, so get ready to reach new peaks!

SIGN UP NOW: Get A Mountain Of Entertainment With Paramount+

What's the difference between Paramount+ vs. CBS All Access vs. the CBS app?

Paramount+ is a streaming service that launched March 4, replacing CBS All Access with expanded content and features. All the content you love on CBS All Access—including your favorite hit shows from CBS, exclusive original series, classics, and live TV—will continue to be at your fingertips on Paramount+.

On top of all that, Paramount+ will introduce you to more exclusive new original series and thousands of additional episodes from brands across ViacomCBS, like BET, Comedy Central, MTV, Nickelodeon, and Smithsonian Channel.

And if, the name didn't tip you off, yes, subscribers also get hundreds of movies from the legendary archives of Paramount Pictures.

Starting March 4, CBS All Access will no longer be available and existing subscribers will automatically be transitioned to Paramount+. If you don't subscribe and want to stream your live local CBS station for free using your TV provider account, you can use the new CBS app (available to download starting March 4) or CBS.com.

What happens if I'm an existing CBS All Access subscriber?

We'll make the transition easy, you don't even need to download a new app. The existing CBS All Access app will switch to Paramount+. You may need to sign in again, so just use the same email address and password as you did with CBS All Access.

If you've been using CBS.com to stream, just go to ParamountPlus.com instead.

Can I still watch CBS shows on Paramount+?

Yes, absolutely! Paramount+ will make sure you're always caught up on CBS Primetime comedy and drama, specials, live sports, Daytime, and Late Night. Stream them simultaneously in your market in real-time, or watch on-demand at your convenience.

What devices and services can I use to stream Paramount+?

You can watch Paramount+ online at ParamountPlus.com, on mobile devices via the Paramount+ app for iOS and Android.

The service is also available to stream across a wide number of platforms, including smart TVs, connected-TV devices, online, mobile, gaming consoles, and leading OTT providers.

Why should I get Paramount+?

It's a mountain of entertainment.

(Seriously, did you watch our epic commercial during the CBS broadcast of Super Bowl LV?)

Paramount+ is the home to many of the most beloved characters from your childhood to today. The library includes over 30,000 episodes and movies. All that on-demand entertainment is combined with live sports, news, and special events. And when you consider all the exclusive original content available from Day 1 (not to mention what's to come), let's just say there's no shortage of things to "peak" your interest. 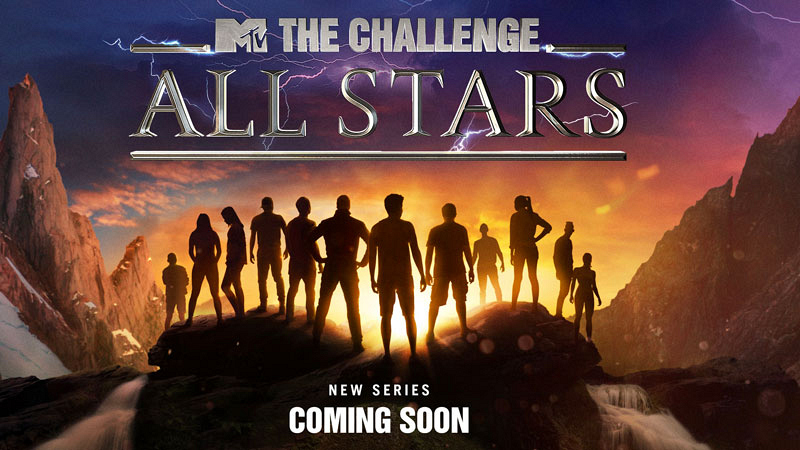 What types of live content can I stream on Paramount+?

You get loads of live sports like NFL on CBS, NCAA March Madness, Primetime shows like NCIS and Young Sheldon, exciting live specials like the 63rd Annual GRAMMY® Awards, and news with your local CBS station. That also means you'll be able to watch show premieres in real-time!

And if sports is your wheelhouse, Paramount+ is your place for multiple unique live sports event streams, from every UEFA Champions League match to unique camera feeds at The Masters.

Yes, and lots of it! In fact, the service has over 24 exclusive original series that you can't get anywhere else. They stretch across scripted dramas, kids and family, reality, comedy, music, news, and documentaries.

Among the exclusive originals just announced are Star Trek: Prodigy, a new Frasier series, and Halo. Of course, Paramount+ is the new home for all our current CBS All Access Originals Series, including hits like The Good Fight, Star Trek: Discovery, Star Trek: Picard, Why Women Kill, and No Activity. You can see an expansive listing with descriptions in the official announcement. 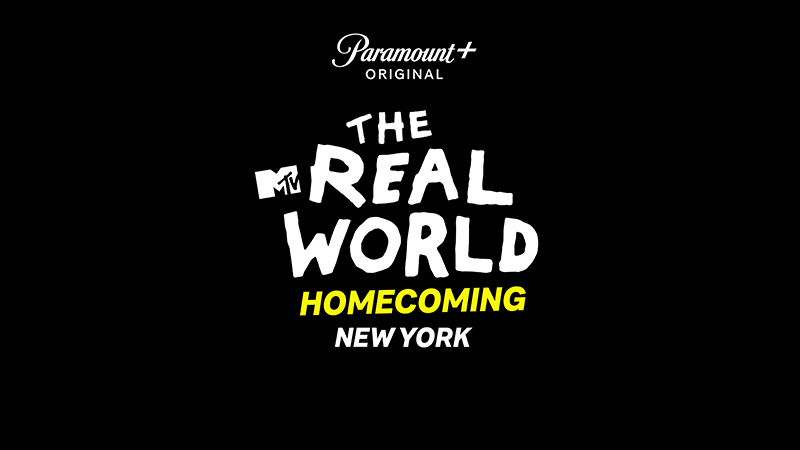 On Day 1 of the new service, loyal reality fans can return to where it all began with The Real World Homecoming: New York, which premieres on Paramount+ launch day—but that's not all!

The following series are also available to stream on March 4:

- Kamp Koral: SpongeBob's Under Years (a new original series from Nickelodeon's SpongeBob SquarePants)
- For Heaven's Sake (an all-new original documentary series that takes fans on a mysterious adventure that's steeped in both comedy and crime)
- Stephen Colbert Presents Tooning Out The News (prepare yourself for Season 2 of the animated news satire series)
- 60 Minutes+ (a compelling new version of the renowned newsmagazine and #1 news program in America)
- 76 Days (the Oscar Shortlisted documentary is a look at life in the earliest days of the COVID-19 crisis in Wuhan, China)

Oh, and did we mention Paramount+ is also the only place you can watch The SpongeBob Movie: Sponge on the Run?

Stay tuned because there will be more new series announcements sure to peak pique your interests. 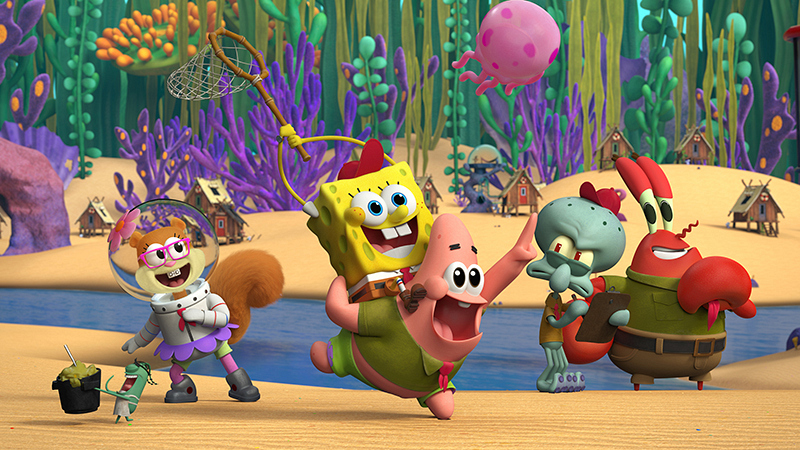 How much content is available on Paramount+? What are some highlights from the library?

We think you may know a few of our friends: Picard. Snooki. The Godfather. Colbert. RuPaul. Lucy and Ricky. Dora the Explorer.

Our current CBS All Access Originals Series moving over to Paramount+ include hits like The Good Fight, Star Trek: Discovery, Star Trek: Picard, and The Twilight Zone, with Yellowstone: 1883, Kamp Koral, and The SpongeBob Movie: Sponge on the Run on the way. 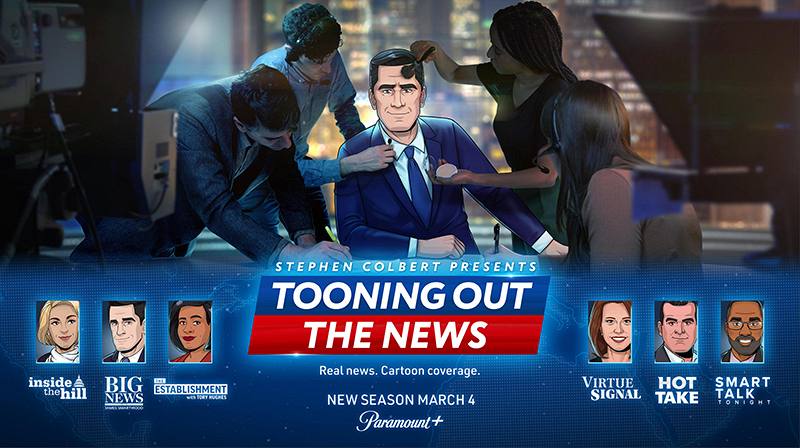 Current Primetime CBS series include NCIS, FBI, SEAL Team, All Rise, Young Sheldon, and The Neighborhood, plus new series like The Equalizer and Clarice. You'll also get every prior season of 14 hit CBS series on-demand, including Survivor, NCIS, and Hawaii Five-0.

If classics are more your style, Paramount+ offers all of the Star Trek television series, acclaimed hits like Cheers, Perry Mason, I Love Lucy and so many others! Across all the familiar brands, you find favorites like Real Husbands Of Hollywood, Hit The Floor, Reno 911!, Laguna Beach, The Challenge, RuPaul's Drag Race, Love & Hip Hop, and Hot In Cleveland. Also, for the young and young at heart, we've got Avatar: The Last Airbender, Rugrats, and all prior seasons of SpongeBob SquarePants.

Select upcoming films from Paramount Pictures will have their streaming debut on Paramount+ immediately following a theatrical release window of 30-45 days, including A Quiet Place Part II, PAW PATROL: The Movie, and Mission: Impossible 7. Other key titles coming after their theatrical runs (and in some cases after pay TV debuts on EPIX) include Snake Eyes, Clifford the Big Red Dog, Top Gun: Maverick, Sonic the Hedgehog 2, Transformers 7, Dungeons and Dragons, and Scream.

And that's just to name a few. 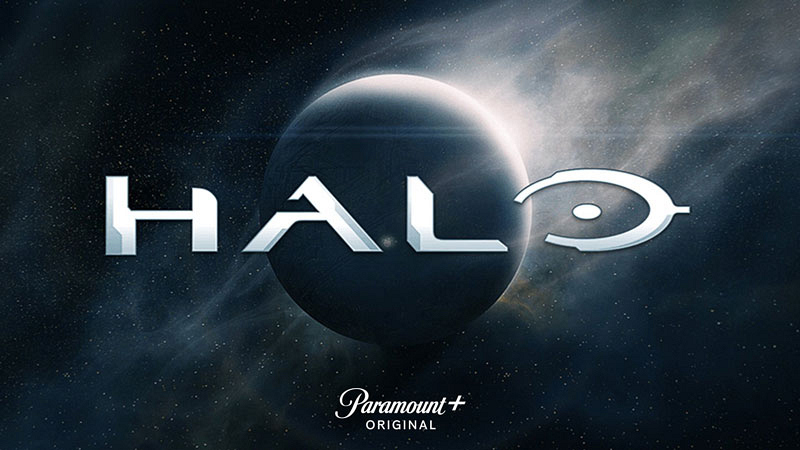 How much does Paramount+ cost?

Paramount+ has two pricing tiers available to U.S. subscribers that package the best of live and on-demand programming.

The Essential Plan ($4.99 per month) combines marquee sports, including NFL games, and more than 1,600 soccer matches each year, with on-demand entertainment options spanning the full suite of current and upcoming shows and movies, as well as breaking news through CBSN (but will no longer include local live CBS station programming). The previously offered limited commercial plan is no longer be available for new users, but existing users will maintain access.

The Premium Plan ($9.99 per month) features commercial-free, on-demand entertainment with 4K, HDR and Dolby Vision, and mobile downloads; an extended roster of must-watch sports; and live streams of local affiliates in over 200 markets across the U.S.

Where is Paramount+ available?

In addition to the U.S., Paramount+ debuts internationally in 18 Latin American countries and Canada on March 4, 2021; the Nordics on March 25, 2021; and Australia with a rebrand and expansion of 10 All Access later this year, with additional markets to follow.

Internationally, Paramount+ will be available online at ParamountPlus.com, via the Paramount+ app for iOS and Android, and across a number of connected TV devices and OTT platforms. The service will also have broad distribution on major platforms in international markets, including Claro Video, Mercado Libre, Izzi & Claro Brazil in Latin America, and Nuuday, Telenor, and Allente in the Nordics.

Can I download Paramount+ shows and movies to watch offline?

Yes. You can manage accessibility features to enjoy our content on supported devices and platforms. Often you can just look for the "CC" icon, or navigate to the location where you normally control these options on your device.

What's on top of Paramount Mountain?

Many wondrous things. Check out the entire Paramount+ crossover adventure.

If you forgot your password and are having trouble logging in to your Paramount+ account, we can send you a temporary password that will allow you to login and then pick a new one. Just go to ParamountPlus.com or to the app on your device, select "sign in" and then select "forgot password." We'll guide you from there.

If you know your password and just want to change it, visit ParamountPlus.com on your computer or mobile web. Once you're signed in, click your name in the top right corner and then select Account from the dropdown menu. From there you'll see the "Edit Password" option.

SIGN UP NOW: Get A Mountain Of Entertainment With Paramount+