The new season premieres Thursday, Nov. 18, streaming exclusively in the U.S. on Paramount+.
If you've been watching Star Trek: Discovery from the beginning, you know all too well the future is never certain.

Captain Burnham and the crew of the U.S.S. Discovery jump feet first into that uncertainty in the official trailer for Star Trek: Discovery Season 4. The new season premieres on Thursday, Nov. 18, exclusively in the U.S. on Paramount+.

Season 4 of Star Trek: Discovery finds Captain Burnham and her crew facing a threat unlike any they’ve ever encountered. With Federation and non-Federation worlds alike feeling the impact, they must confront the unknown and work together to ensure a hopeful future for all.

The trailer was introduced by series star Sonequa Martin-Green during the series’ New York Comic Con panel at the Javits Center. The upcoming season’s official key art, featuring Martin-Green as Captain Michael Burnham, also made its debut during the panel. 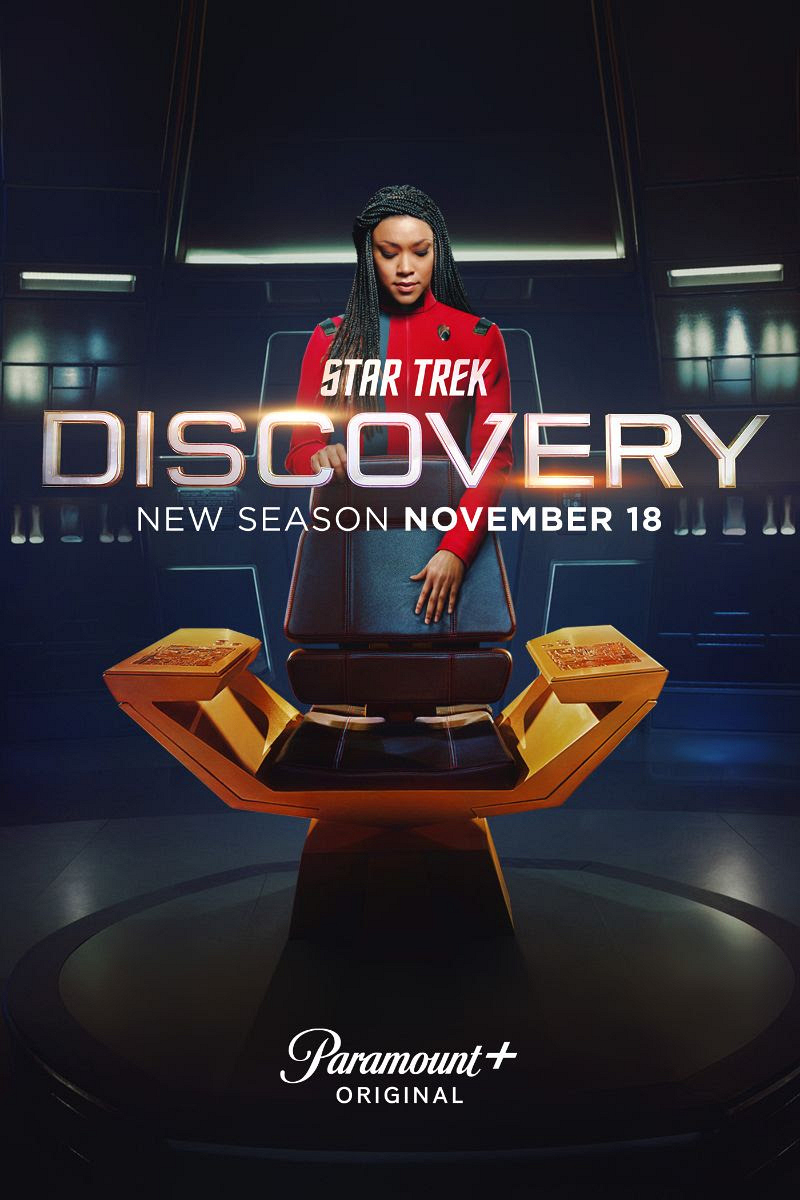 Star Trek: Discovery streams exclusively on Paramount+ in the U.S., and the series is distributed concurrently by ViacomCBS Global Distribution Group on Netflix in 190 countries and in Canada on Bell Media’s CTV Sci-Fi Channel and streams on Crave.