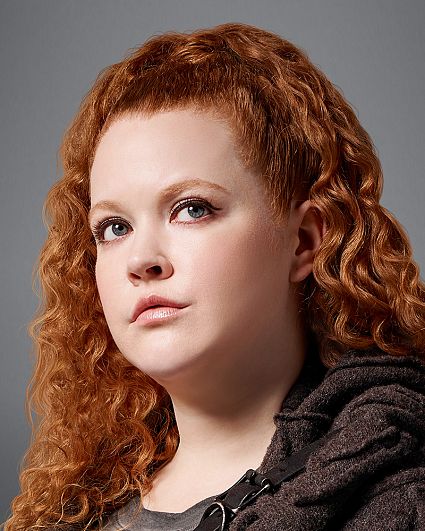 After graduating from Juilliard, Mary Wiseman quickly went on to star opposite Keira Knightley in the Broadway production of “Therese Raquin.”

She was recently seen in Noah Baumbach's “Marriage Story” opposite Adam Driver and Scarlett Johansson.

Other television credits include the Netflix series “Longmire” and “The Characters” as well as Hulu's “Difficult People.” She also appeared opposite Zach Galifianakis in the first two seasons of the FX series “Baskets.”

Other theater credits include starring in the world premiere of “Romance Novels for Dummies” at the Williamstown 's production of “Off the Main Road” opposite Kyra Sedgwick, in the off-Broadway, Obie Award-winning production of “An Octoroon,” in which her performance was described as “delicious” and “comically inspired” and the off-Broadway production of “The Skin of Our Teeth” at the Theatre for a New Audience in Brooklyn.