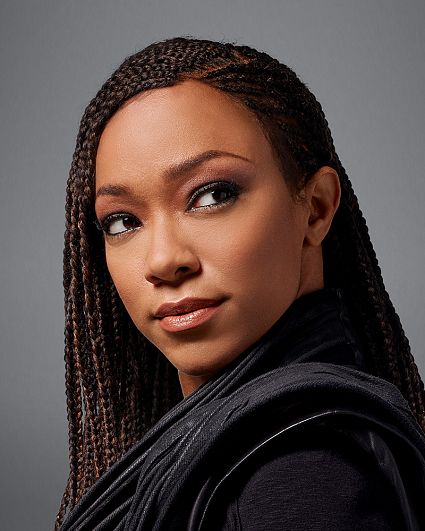 Sonequa Martin-Green is a versatile actress who continues to evolve her impressive body of work with ground-breaking, complex roles and memorable performances across television, film and the stage.

Martin-Green will next be seen in Warner Brothers'  “Space Jam: A New Legacy,” starring alongside LeBron James and Don Cheadle. The film is a sequel to the 1996 film “Space Jam,” the highest-grossing basketball movie of all time.

Martin-Green is widely known for her turn on AMC's critically acclaimed, award-winning series “The Walking Dead,” where she captivated audiences in the role of the fierce and loyal Sasha Williams across five seasons. Additionally, she has taken many guest and recurring roles in fan-favorite television series. Most recently, she played prankster Rhonda on FOX's “New Girl,” anti-magic Tamara on ABC's “Once Upon a Time” and aspiring paralegal Courtney Wells on CBS'  Emmy and Golden Globe-winning drama “The Good Wife.” She has also been featured in the CBS cop drama “NYC 22,” Lifetime's “Army Wives” and the CW's “Gossip Girl.”

Previously, Martin-Green received rave reviews for her starring role in Emily Abt's Sundance hit “Toe To Toe,” in which she played Tosha Spinner, a highly driven inner-city high school teenager. She was also featured in Victoria Mahoney's film “Yelling to the Sky” alongside Gabourey Sidibe and Zoe Kravitz.

On stage, she is best known for her critically acclaimed performances in Des McAnuff's “Fetch Clay Make Man,” where she starred as Muhammad Ali's first wife, Sonji Clay. She also starred in off-Broadway's “Outside People” at New York City's Vineyard Theatre.