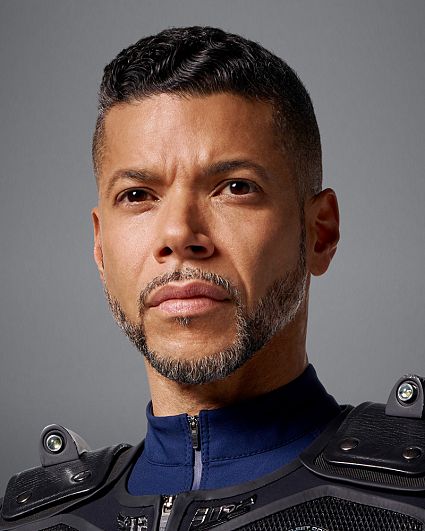 Triple threat, award-winning actor, activist, “actorvist” and humanitarian are just a few terms used to describe Wilson Cruz. He appeared on the Netflix series “Thirteen Reasons Why” and in Hulu's breakthrough GLAAD Award-winning original animated kids'  series “The Bravest Knight.” He is also the executive producer of the critically lauded docuseries called “Visible: Out On Television” airing on Apple TV+.

In 1994 Cruz won the hearts of audiences across the world and forever changed the LBGT landscape playing the first openly gay teenager on network television in his award-winning performance as Rickie Vasquez on the hit ABC series “My So Called Life”. His seminal and critically acclaimed performance celebrated its 25th anniversary in August 2019. “My So Called Life” was honored with the GLAAD Media Award for Outstanding TV Drama, and Cruz received the Emery S. Hetrick Award from the Hetrick-Martin Institute for Outstanding Contributions to LGBTQ Youth for his contribution. Cruz is also known for starring as Angel in the Pulitzer Prize and Tony Award-winning musical “Rent” in its West Coast premiere which earned him both the Ovation and Drama Logue awards before his reprisal of the role on Broadway.

Always a trailblazer, Cruz is recognized for playing one of TV's first transgender characters in an Emmy-nominated episode of “Ally McBeal” and gave a heart-rendering performance as part of a gay couple fighting for marriage equality on “Grey's Anatomy.” Other TV credits include: “Red Band Society” starring Oscar winner Octavia Spencer, “Party of Five” (ALMA Award for Outstanding Emerging Actor), “Rick and Steve,” “The Happiest Gay Couple in the World,” “Shameless,” “The West Wing,” “Noahʼs Arc,” “Pushing Daisies” and more. Film credits include memorable roles in “He's Just Not That into You,” “Nixon, Party Monster,” “Johns,” “All Over Me” and “After Louie,” with Alan Cumming. During the pandemic, he created a series called “What's Up with Wilson Cruz” as a way to stay connected to fans and participated in numerous benefits to raise money for charity.

As an “actorvist,” Cruz has received the Rand Schrader Distinguished Achievement Award from the Los Angeles LGBTQ Center, the Liberty Award from Lambda Legal, the Visibilidad Award from GLAAD, the Fusion Achievement Award from Outfest, the Latino Spirit Award for Achievement in Entertainment and Advocacy from the California Latino Legislative Caucus, the Harvey Milk Equality Award, the Lincoln Aston Public Service Award, Aston-Brooks Award and the Advocate Award from AdColor. He served as the director of entertainment industry partnerships and national spokesperson for GLAAD, currently serves on the board of GLSEN and devotes considerable time supporting other LBGTQ organizations as well. Wilson is a first generation American of Puerto Rican descent.