Star Trek: Discovery To Launch Sunday, September 24 On CBS And CBS All Access

Special broadcast premiere to air on CBS at 8:30/7:30c.
On Monday, June 19, CBS All Access, the CBS digital subscription video on-demand and live streaming service, announced its second original drama series, the highly anticipated Star Trek: Discovery, will launch Sunday, Sept. 24 with a broadcast premiere that night on the CBS airing at 8:30/7:30c*.

The series premiere will also be available on-demand on CBS All Access. Plus, the second episode of the series will be available on the service that same night immediately following the broadcast premiere.

After premiere night, all-new episodes will be available on-demand weekly on Sundays, exclusively for CBS All Access subscribers in the United States.

The 15-episode season will be released in two chapters. The first eight episodes will run from Sunday, Sept. 24 through Sunday, Nov. 5. The season will then resume with the second chapter in January 2018.

Star Trek, one of the most iconic and influential global television franchises, returns to television 50 years after it first premiered with Star Trek: Discovery.

Star Trek: Discovery will follow the voyages of Starfleet on their missions to discover new worlds and new lifeforms, and one Starfleet officer who must learn that to truly understand all things alien, you must first understand yourself.

The series will feature a new ship, new characters, and new missions, while embracing the same ideology and hope for the future that inspired a generation of dreamers and doers. 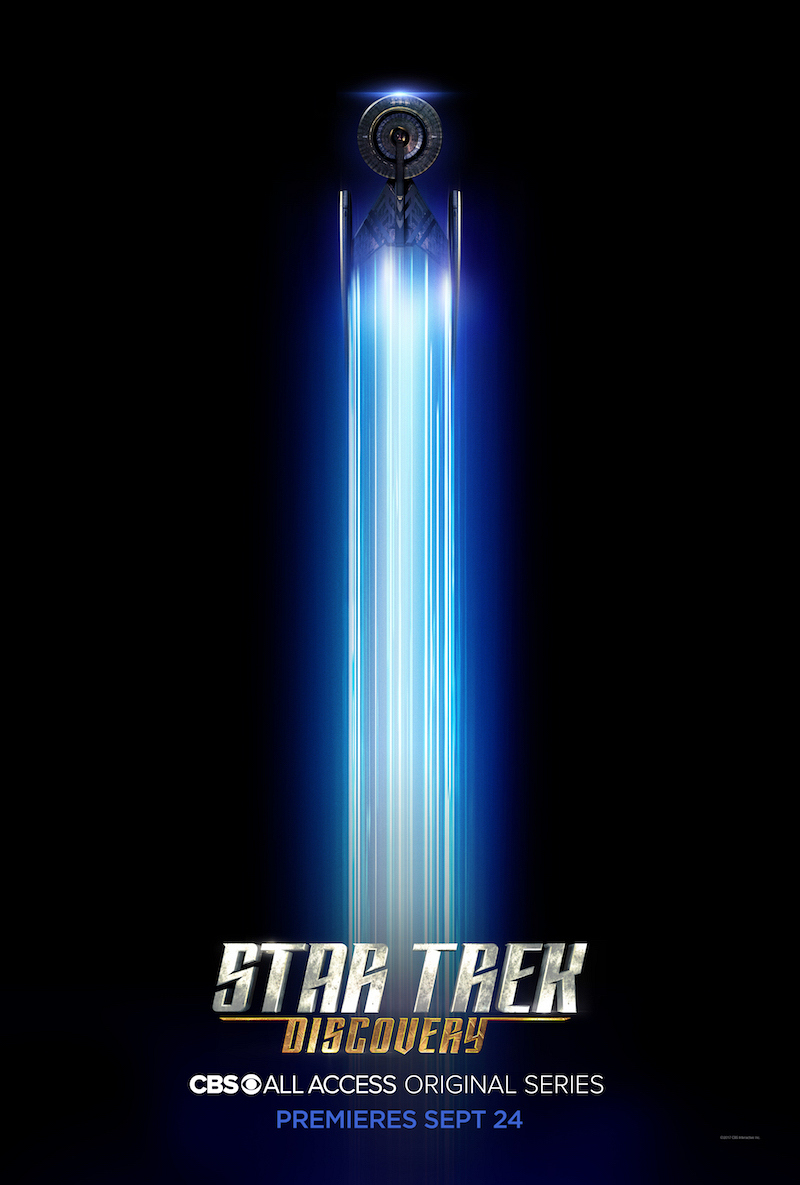 The series will be distributed concurrently by CBS Studios International on Netflix in 188 countries and in Canada on Bell Media's Space channel and OTT service CraveTV.

CBS All Access is the CBS Television Network's digital subscription video on-demand and live streaming service. In addition to its original series, which also includes Season 1 of the new edition of The Good Wife, The Good Fight, CBS All Access gives CBS fans the ability to watch more than 9,000 episodes on-demand—spanning current shows from primetime, daytime, and late night, as well as past seasons of select series and classic TV hits.

CBS All Access is currently available online at CBS.com, on mobile devices via the CBS App for iOS, Android, and Windows 10, and on Roku Players, Apple TV, Chromecast, Android TV, Xbox 360, Xbox One, PlayStation 4, and Fire TV.

Watch the trailer for Star Trek: Discovery below.