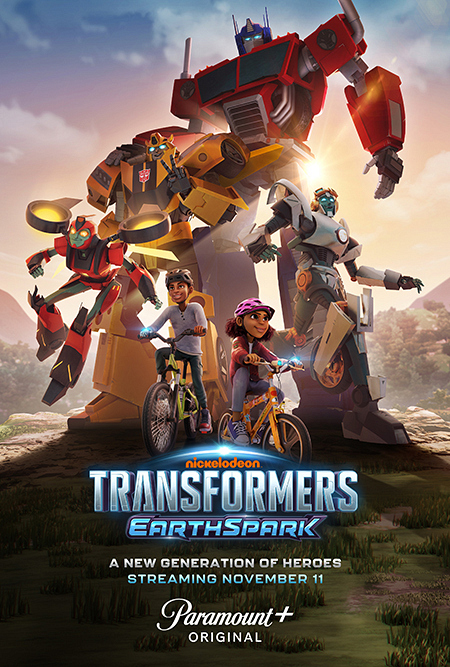 Paramount+ debuted the official key art for the new series today, and announced it will premiere on Friday, Nov. 11. The first 10 episodes of the premiere season will be available to stream exclusively on Paramount+ in the U.S., and will debut outside the U.S. beginning in November on Paramount+ and Nickelodeon channels around the world.

Transformers: EarthSpark is created and co-Executive Produced by Dale Malinowski (Rise of the Teenage Mutant Ninja Turtles) and Executive Produced by Ant Ward (Rise of the Teenage Mutant Ninja Turtles). The series is developed for television by Claudia Spinelli, Senior Vice President of Big Kids Animation at Nickelodeon. Production is overseen for Nickelodeon by Mikiel Houser, Executive in Charge of Production, and for eOne by Kari Rosenberg.

During the exclusive panel, fans will get a first look at behind-the-scenes art, casting, and never-before-seen footage, along with a limited time opportunity to preorder a few of the toys.

Stay tuned for more information about Transformers: EarthSpark on Paramount+.