Check out the exciting new offerings coming to Paramount+, featuring the most diverse premium content slate in streaming.
The mountain of entertainment on Paramount+ continues to gain altitude!

The streaming service, celebrating one year since its launch, revealed a blockbuster roster of shows and movies that subscribers can look forward to. The announcement took place during an investor event for its parent company, formerly ViacomCBS and newly renamed to Paramount Global (or simply "Paramount" to our friends.)

Movies, Kids And Family
The best of the big screen keeps coming to Paramount+. The company announced that starting with 2024 film releases, Paramount+ will become the streaming home for all new Paramount Pictures movies in the U.S. following their theatrical runs. New blockbuster franchise expansions also unveiled today include:

A QUIET PLACE – A Quiet Place Part III from John Krasinski, is confirmed for theatrical debut in 2025. As previously announced, the next installment of A Quiet Place from director Michael Sarnoski, based on an original idea from Krasinski, is set for release on September 22, 2023.

SONIC THE HEDGEHOG – the first-ever original live-action Sonic series, featuring the character Knuckles, voiced by Idris Elba, is in development to debut on Paramount+, setting up the third film installment in the flagship franchise.

SPONGEBOB SQUAREPANTS UNIVERSE – a further expansion of the SpongeBob universe is coming exclusively to Paramount+ with three brand-new movies based on the show's original characters, with the first dropping in 2023. In addition, a fourth SpongeBob release from Nickelodeon Animation is currently in development for theatrical release.

STAR TREK – the next theatrical film, with Matt Shakman directing and J.J. Abrams producing, will feature the original cast and new characters. 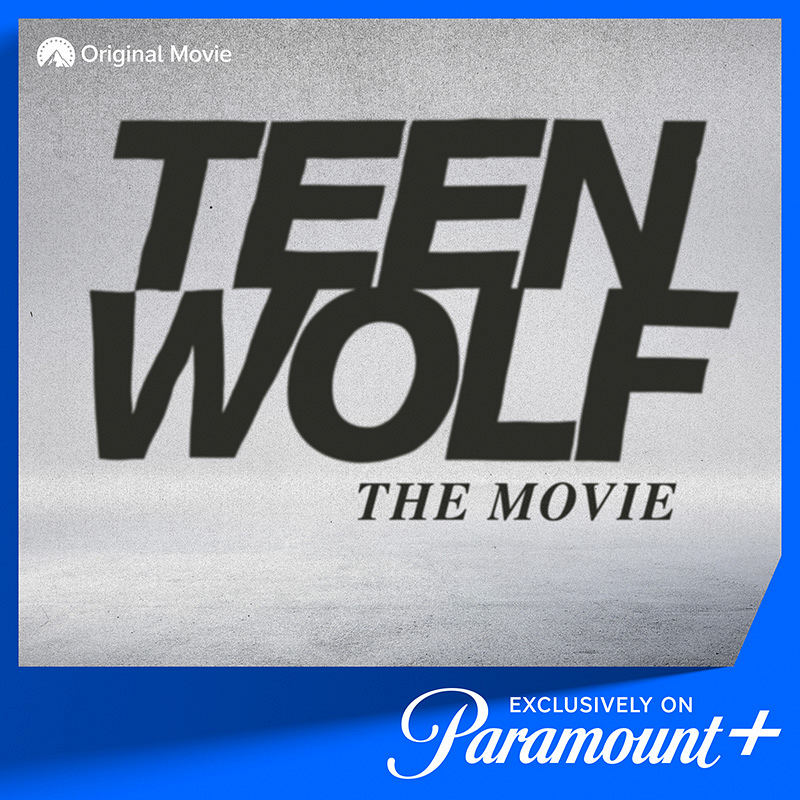 TEENAGE MUTANT NINJA TURTLES – a new era of TMNT-mania takes over in 2023 with a new animated take on the Turtles coming to theaters, produced by Point Grey Pictures’ Seth Rogen and Evan Goldberg and directed by Jeff Rowe. Nickelodeon Animation will fast follow that film with a series of exclusive movies for Paramount+ beginning in 2023, each centering on one of the property’s storied villains in never-before-told tales.

TRANSFORMERS – the next chapter begins with Transformers: Rise of the Beasts in 2023, where director Steven Caple Jr. and star Anthony Ramos, will lead the first of three film installments of the iconic Hasbro property. Additionally, the previously announced Untitled Animated Transformers film, a Paramount/eOne co-production with Josh Cooley attached to direct, will debut in theaters on July 19, 2024.

Blue’s Big City Adventure – the now-announced animation/live-action hybrid title to this brand- new Blue’s Clues & You! movie from Nickelodeon Animation is set to premiere later this year and follows host Josh and Blue as they head to New York City, with the help of Steve and Joe, to audition for a big Broadway musical.

Dora the Explorer – the preschool return of the groundbreaking Latina heroine in an all-new CG-animated series produced by Nickelodeon Animation, and featuring the beloved characters, plus key modernization to the storytelling, debuts in 2023.

Additionally, an update in Kids and Family live-action programming included:

Dora the Explorer – in addition to the character’s animated preschool return, now in development from Nickelodeon is the first-ever live-action Dora the Explorer series, inspired by the tone of Paramount Pictures’ 2019 Dora and the Lost City of Gold theatrical release, with this new version for Paramount+ targeting the tween demo. 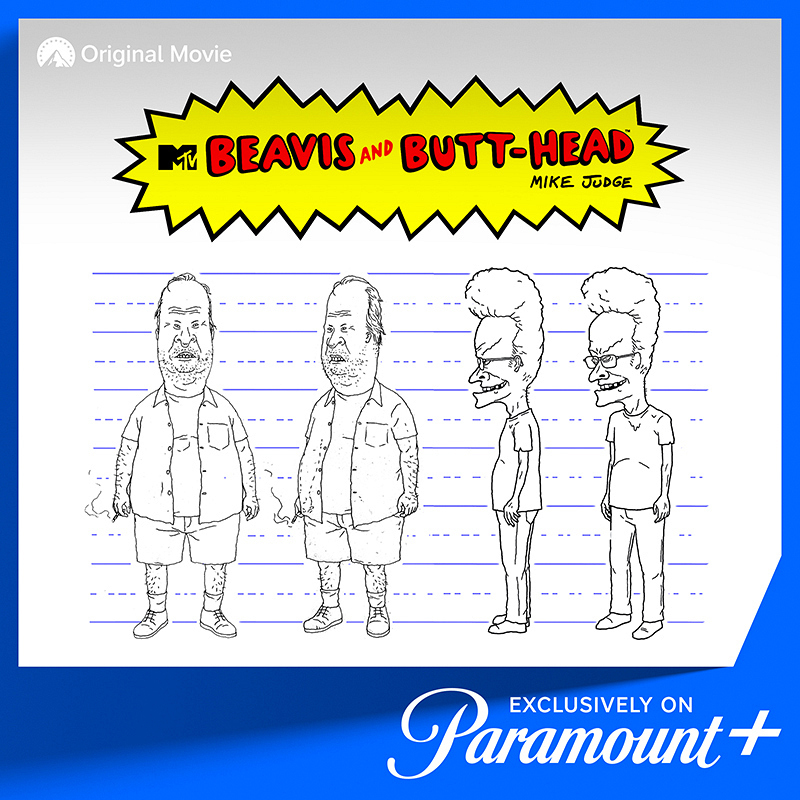 Adult Animation And Global Unscripted
Paramount+ doubles down on adult animation with new takes and news on two of the most successful and well-known IP in the history of the genre:

BEAVIS AND BUTT-HEAD – the duo is back and stupider than ever in an all-new series premiering across Paramount+ globally. Alongside this fresh take, the full 200+ episode Beavis and Butt-Head library and previously announced new film, Beavis And Butt-Head Do The Universe, will also arrive on the service. 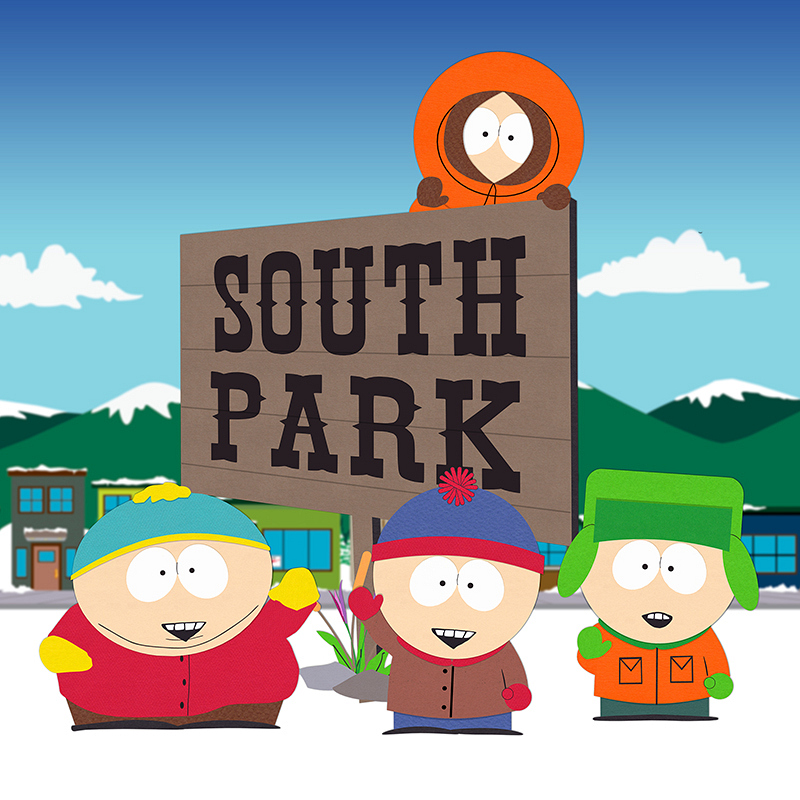 All Star Shore – a competition docu-series that will feature 14 of reality TV’s most iconic stars from around the world and television’s biggest series – including Jersey Shore Family Vacation, Love is Blind, RuPaul’s Drag Race, Geordie Shore, Acapulco Shore, Bachelor in Paradise and more – as they come together for an epic vacation at the ultimate Shore house in Gran Canaria, Spain, to battle it out for the grand prize and global bragging rights. 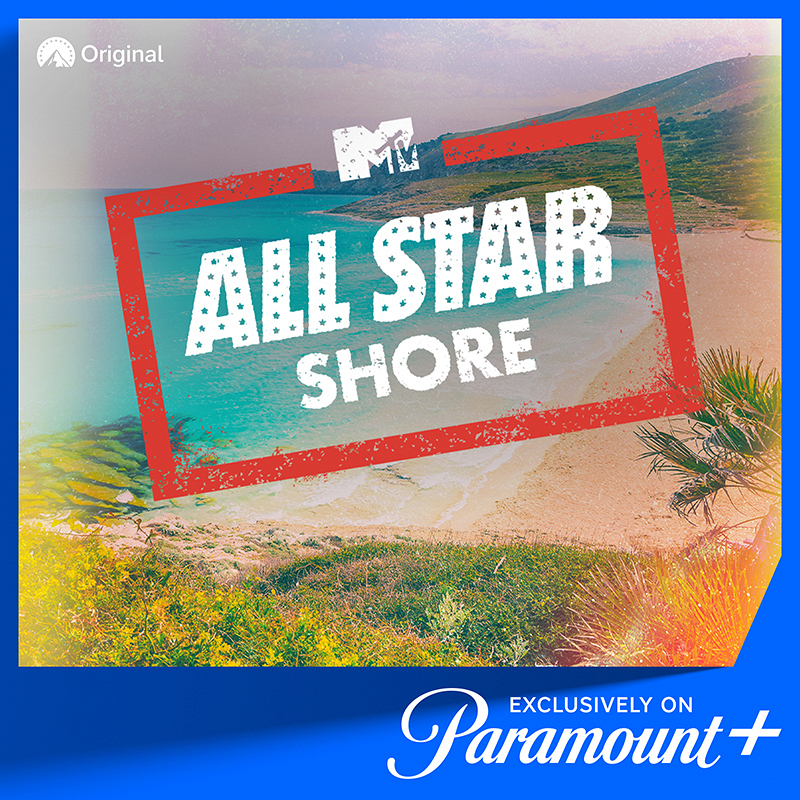 Ink Master – the hit tattoo competition makes its premiere on Paramount+ in markets around the world with all-new episodes later this year. Featuring some of the nation’s top tattoo artists battling it out in permanent ink for $250,000 and the prized title of Ink Master, the competitors will test their technical skills and on-the-spot creativity in challenges unlike ever before. 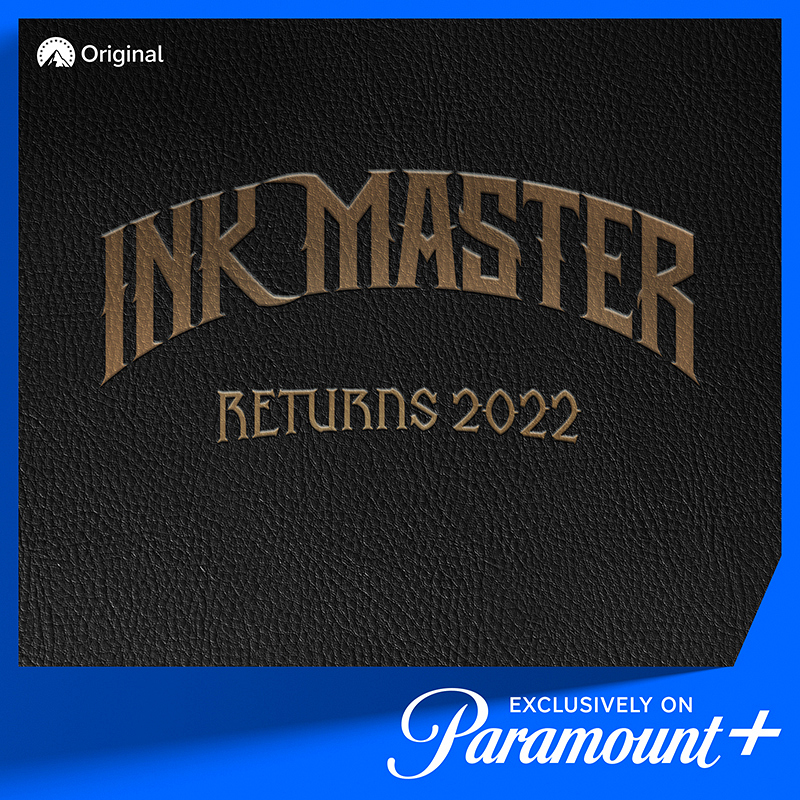 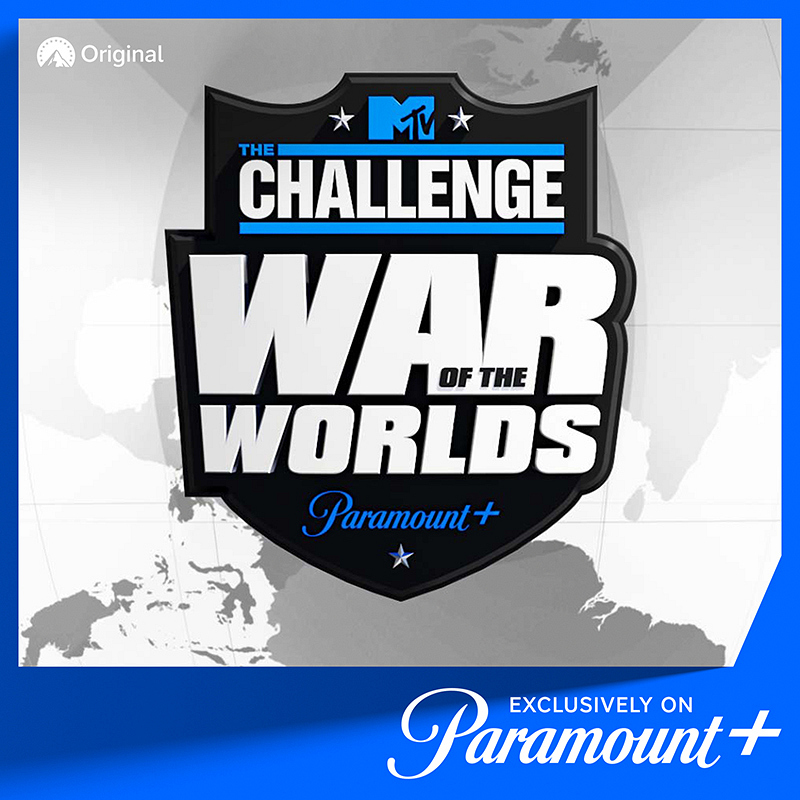 The Real World Homecoming: New Orleans – the third installment of the hit original unscripted series will reunite original New Orleans cast members David “Tokyo” Broom, Melissa Howard, Jamie Murray, Danny Roberts, Matt Smith, Julie Stoffer, and Kelley Wolf in “The Big Easy.” In addition, the original season of The Real World: New Orleans will be available to stream on Paramount+ beginning in April.
In addition to these all-new titles, seven upcoming iterations from THE SHORE franchise will launch on Paramount+ in territories around the globe, including Argentina Shore, Colombia Shore and Australian Shore, with more cities to be announced.

And, the following top-performing reality series have been renewed for Paramount+: Queen of the Universe, RuPaul’s Drag Race All Stars, and The Challenge: All Stars. 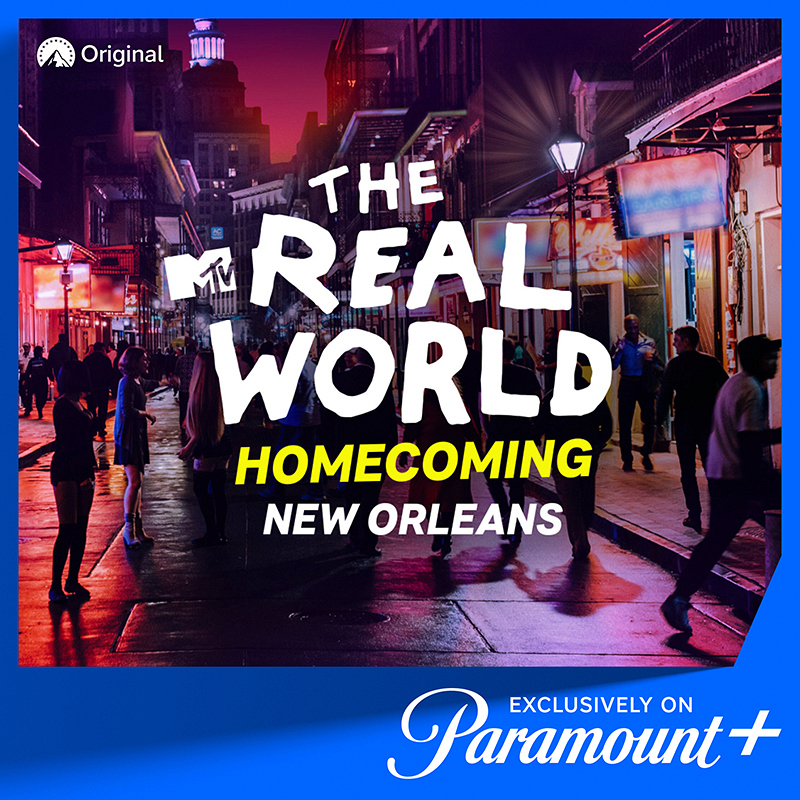 Global Scripted
The Taylor Sheridan universe continues to expand with new chapters of the Dutton family drama with a new original from the Yellowstone co-creator announced today:

1923 – the next chapter of the Yellowstone origin story is ordered. Produced by MTV Entertainment Studios and 101 Studios, 1923 will follow the Dutton family’s next two generations as they struggle to survive historic drought, lawlessness and prohibition, and an epidemic of cattle theft, all battled beneath the cloud of Montana’s great depression, which preceded the nation by almost a decade. Harrison Ford and Helen Mirren will star.

Additionally, casting and production updates were included for the following highly anticipated series:

New expansions of the most popular prime-time entertainment include:

NCIS: Sydney – a new original series from one of the biggest and most successful global franchises. The series, which is slated for 2023, will feature local stories with Australian actors and producers, and will be filmed in one of the world’s most scenic harbor cities. Shane Brennan, the Aussie creator of NCIS: Los Angeles, is attached.

Upcoming international hits in the making include:

A Gentleman in Moscow (UK) – based on the best-selling novel by Amor Towles, this drama series tells the story of Count Rostov who, in 1922, finds himself stuck in Moscow and on the wrong side of history. The Communist Party agrees to let him live but he is never allowed to set foot outside the Metropole Hotel until the day he dies. Co-produced by ViacomCBS International Studios (VIS) and eOne.

Sexy Beast (UK) – the prequel series, based on the hit cult classic film of the same name, begins with Gal Dove and Don Logan just as they descend into the seductive madness of the London criminal world during the vibrant and volatile 1990s. At its core, this is a love story between two men—à la Butch Cassidy and the Sundance Kid. In association with VIS, produced by Chapter One, with showrunner Michael Caleo (The Sopranos). 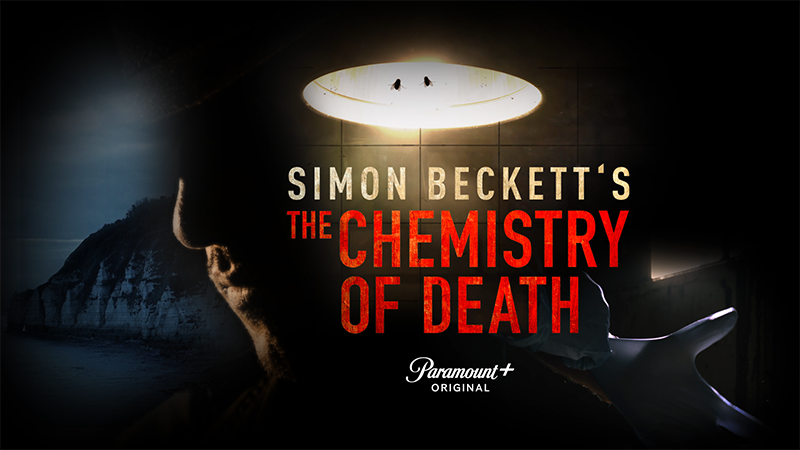 Yonder (South Korea) – set in 2032, Yonder is an unknown space designed for the dead to be able to live on by uploading memories of their lifetime from their brain. The story unfolds as a man receives a message from his deceased wife, inviting him to the unknown space, 'Yonder'. The drama/science-fiction series raises questions about life and death and what it means to have eternal happiness as humanity comes face to face with a world created by advancements in science technology. Presented by TVING (CJ ENM's streaming platform) and ViacomCBS, produced by Doodoong Pictures and CJ ENM, directed by Lee Joon-ik. 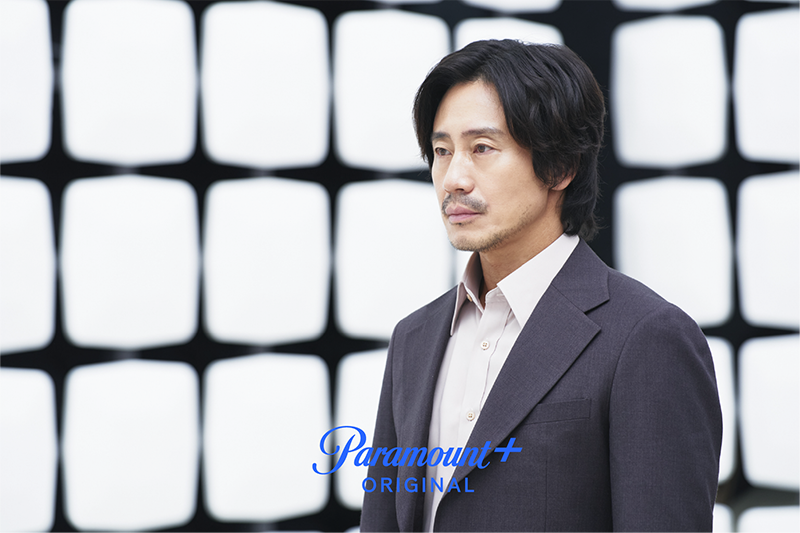 These new titles join a growing roster of previously announced and highly-anticipated scripted scripted series, including: Fatal Attraction, Grease: Rise of the Pink Ladies, Rabbit Hole, and The Offer.

Additionally, Season 2 renewals for Halo, and international hits Cecilia and Los Enviados (The Envoys) were announced. Season 2 of Super Pumped and Season 7 of Billions for Showtime were also ordered.

NEW PARAMOUNT+ AND SHOWTIME INTEGRATED OFFERING
Paramount+ subscribers will soon be able to enjoy Showtime in a new integrated offering that pairs together both services in an unrivaled streaming collection of live and on-demand entertainment with critically acclaimed and boundary-pushing programming in a single user experience.

Don't miss out on all that Paramount+ has to offer—sign up now!