How To Stream Tooning Out The News On CBS All Access

The animated variety series is available exclusively for CBS All Access subscribers, with new segments daily Tuesdays through Fridays, culminating in a weekly full episode. Get ready for news parodies alongside enlightened interviews with real-world guests, newsmakers, and analysts!

STREAM: Clips And Previews From Tooning Out The News

And don't worry, production has resumed with staff and crew working remotely. Cartoon anchors are required to wash their hands between each segment.

Who's on Tooning Out the News?
Leading our hard-charging team? Of course, it's got to be legendary anchor James Smartwood—and his perfectly coiffed mane. (Really, it couldn't be any better if it were drawn on him.) He'll be joined by his (literally and figuratively) animated colleagues, along with a crack news team and pundits holding down five regular segments. 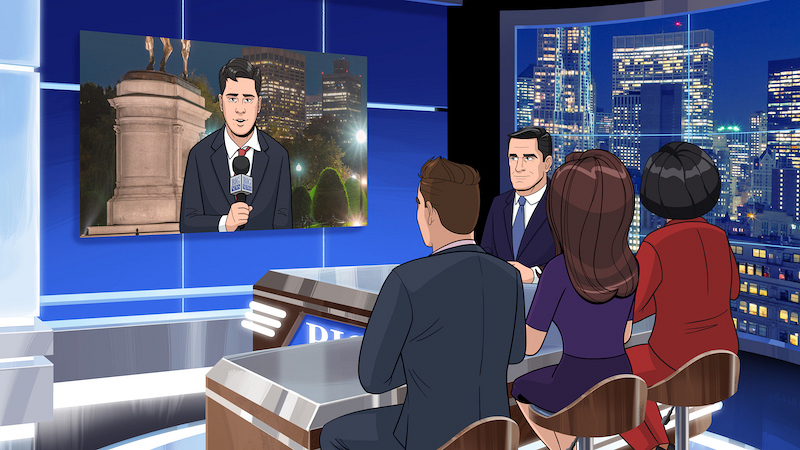 What are the regular segments on Tooning Out the News?
It all starts with "Big News" (America's Most Trusted Source of Conventional Wisdom), where James Smartwood hosts this satire of ego-centric cable news anchors who only offer the most conventional takes. 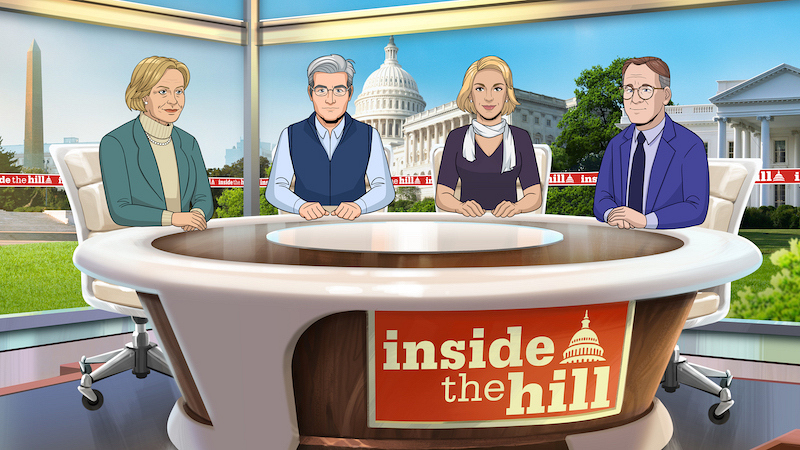 Of course, any informed politico needs to go "Inside the Hill" (Where America Turns to Hear Rich People Agree with Each Other), as co-hosts Richard Ballard and Sarah Sabo discuss the latest political headlines with Washington's elite.

WATCH: "Inside the Hill" Preview With Walter Isaacson

Then, "Hot Take" (The Biggest, Baddest, Bad Faith Arguments on Television) serves up a politically diverse and wildly ill-informed panel to weigh in on the news of the day. 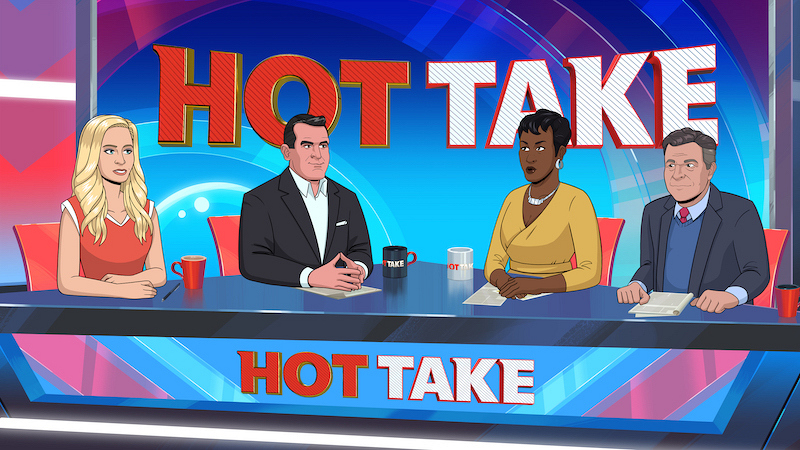 Next up on "Virtue Signal" (There's No Cause This White Lady Can't Make About Herself), Kylie Weaver hosts a satire of liberal cable news anchors who pat themselves on the back for taking up every social and political cause. 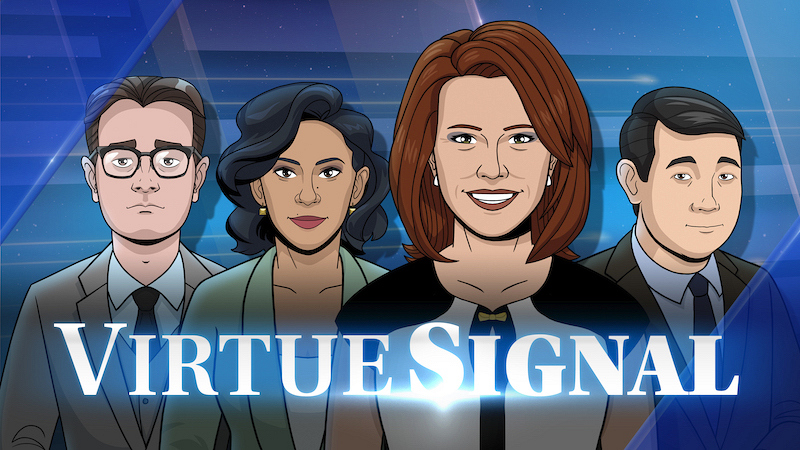 What else can I stream on CBS All Access?
Not only will CBS All Access let you stream every segment and full episode of Tooning Out the News, but you also get access to a slew of CBS All Access original series like The Good Fight, No Activity, Tell Me A Story, The Twilight Zone, Why Women Kill, Interrogation, and the forthcoming The Stand, The Untitled Richard Linklater Project, The Harper House, and The Man Who Fell to Earth, with additional series soon to be announced.

Of course, CBS All Access gives you thousands of episodes from CBS shows on-demand. That includes full episodes from late-night shows like The Late Show with Stephen Colbert and The Late Late Show with James Corden, along with current and earlier seasons of your favorites like Criminal Minds, Evil, 60 Minutes, and many more. 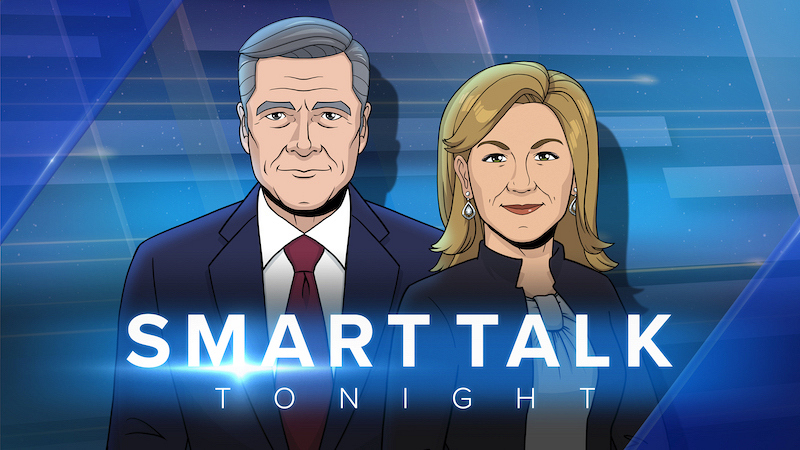 Stream new segments of Tooning Out the News daily from Tuesday through Friday and full episodes weekly exclusively on CBS All Access.