It's The End Of The World As We Know It. What's On TV?

What's the worst way to go? There are a number of plausible ways that humanity—or all life on Earth—could come to an end.

We've already seen what a dystopian future the government has caused on Zoo, including sterility amongst the human population and the release of lab-made super animals.

Though the team is currently trying to save the world from an army of animal hybrids, there are a number of other plausible ways that humanity—or all life on Earth—could come to an end. 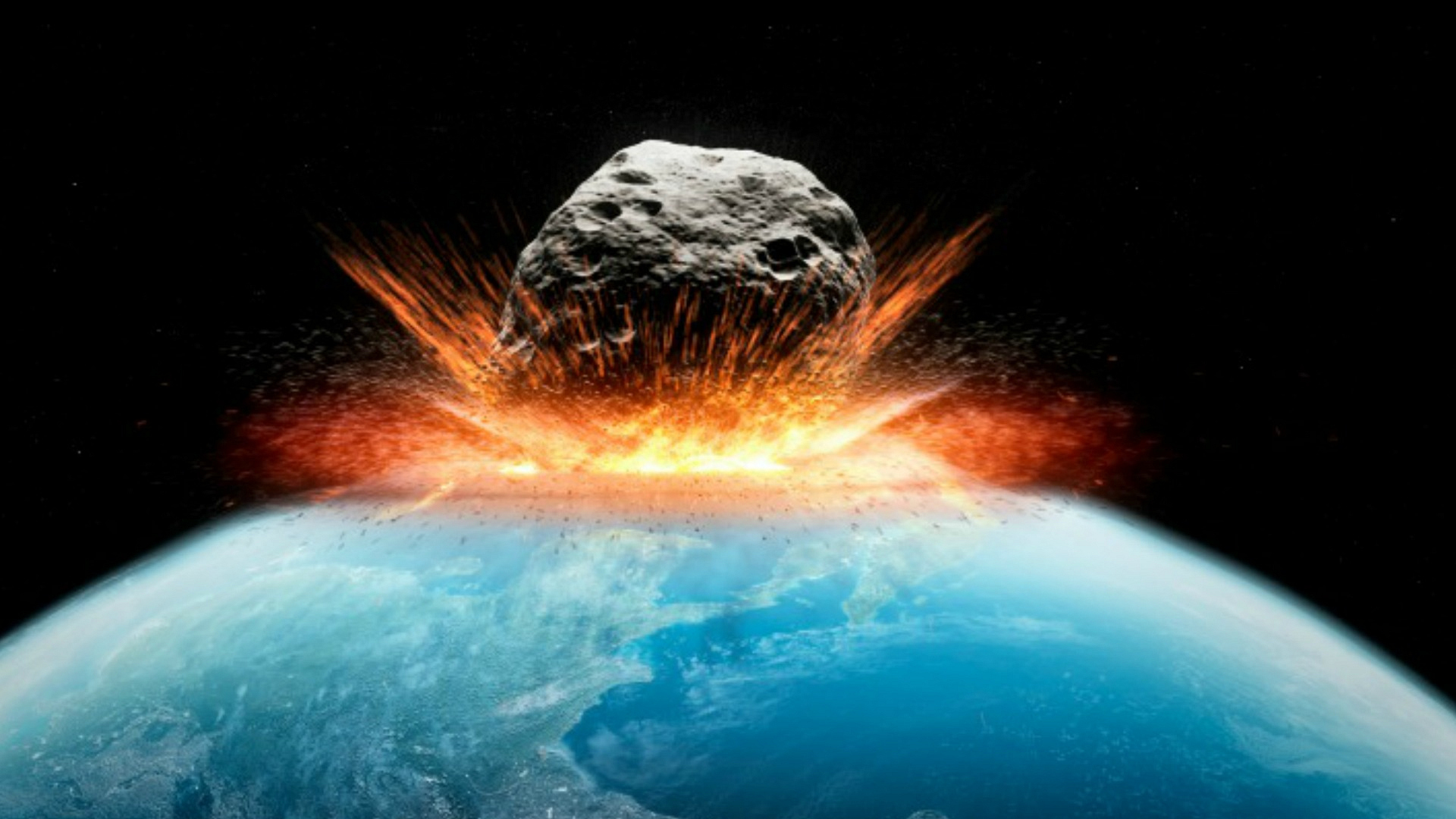 Scientists have been hard at work tracking the next crater creator. The last time the Earth was seriously blind-sided by an asteroid, we lost the dinosaurs. So, a heads up would be nice.

Unfortunately, we haven't completely mastered the universe, and one of these flaming bad boys could still slip into our atmosphere unannounced. Like any good post-apocalyptic scenario, people will be moving in packs, looting, and stealing anything they can barter with.

Our advice: Go to the nearest big box store, get as many canned items as you can, and take all of your money out of the bank. Once you have that cash, head on back to the big box store. Repeat.

2. Flood warning: A Gray Goo of evil robots is rising. 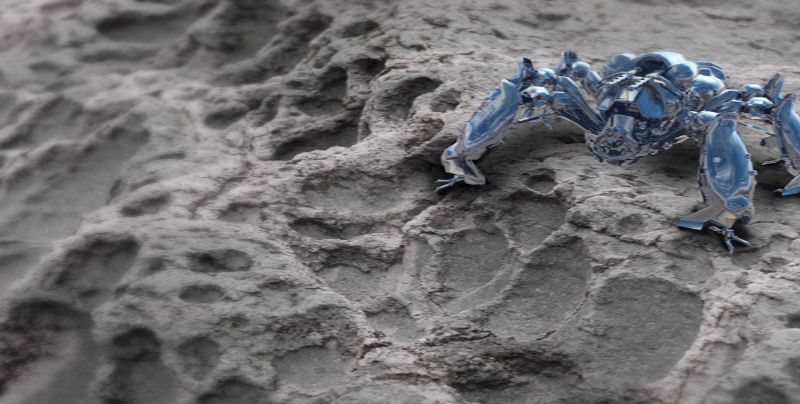 The Gray Goo nightmare is an apocalypse brought on by out-of-control, self-replicating molecular nanotechnology (mini robots) that would consume all matter on Earth while continuing to build more of themselves.

Just imagine if you have a tiny robot too small to even see, and it's floating in a soda bottle. It can copy itself in just one minute. Then, the two robots each build two more in the next minute. Soon, the Earth is a big, nasty sea of vicious robots. These robo-critters' first priority will be to replicate and they need fuel to do so--meaning they'll be munching down everything and anything in their paths.

Don't worry about them eating our food—they'll just eat us. Oh, and your bottle exploded in the first hour. Exponents are freaky.

3. It's just a terrible case of solar indigestion. 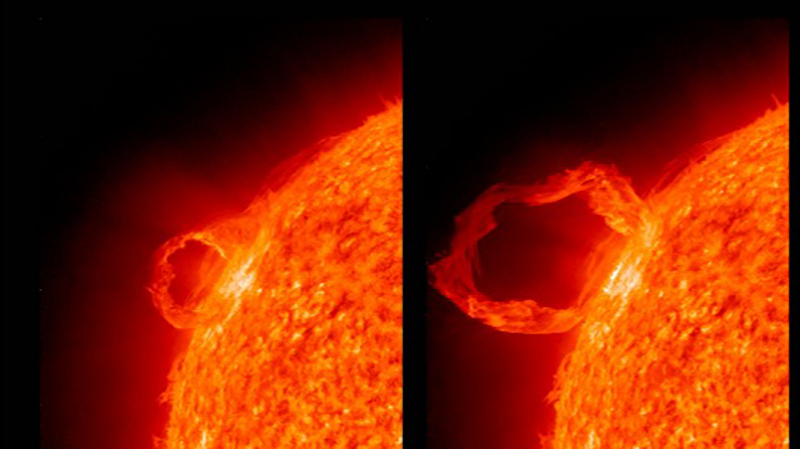 In 1859, electric disruptions from a solar flare caused fires to start in telegraph wires--A.K.A., the OG smartphone. Our dependence on modern gadgets makes these events scary enough. Always remember: Your next status update could be your last.

But it gets worse. A turbulent day on the sun involving a coronal mass ejection could also shut down every single electric grid. If those stayed down for long enough, nuclear power plants around the world would not be able to cool down their reactors.

That would mean game over for us. Best case scenario? You survive. If you do, we recommend you designate people with specific responsibilities to make continued existence possible: shelter, water, candy, laundry, etc. Also, maximizing the distance between you and the blast might help. Good luck with that.

4. Drones: We probably shouldn't have made that last upgrade. 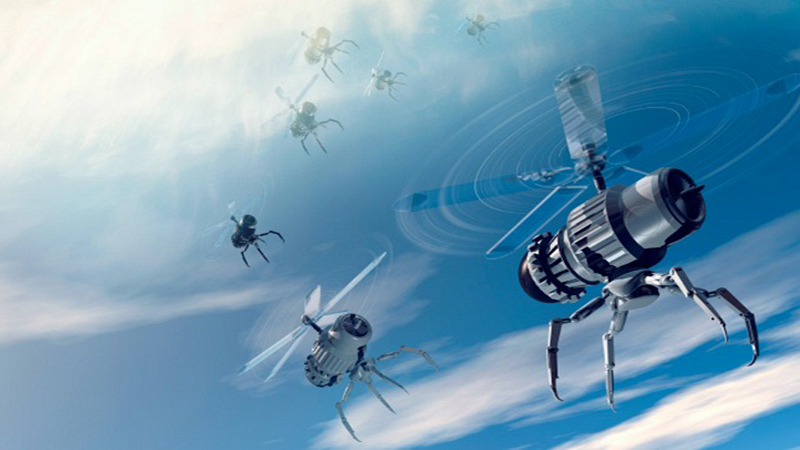 Robots or machines designed to fight wars on our behalf could eventually turn on us. Most people don't seem too concerned about it given the popularity of consumer drones among hobbyists, but don't confuse a flying camera with a weapon of war.

Should these artificial assassins get fed up with our drama-and they will—you may want to stock up on batteries and oil to appease our new robot overlords. Also, you could try turning it off and on again. 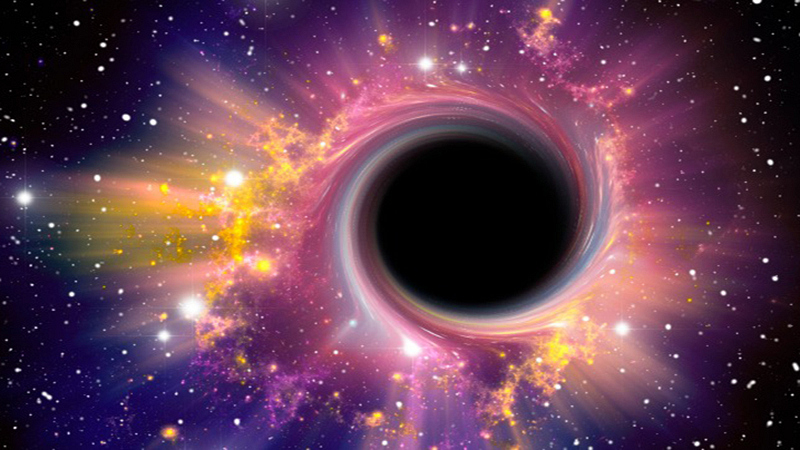 Black holes are gigantic cosmic monsters that have less self-control than a teenager. Nothing--not even light--can escape their clutches. They come in a variety of forms: small, large, or worse—rogues. When galaxies collide, black holes can get bounced away from the site of the crash and basically roam about space like belligerent bullies.

Should you encounter one, put your tray table in the upright position, place your head between your knees, and hold on tight. Maybe our planet will just get ejected entirely out of the galaxy and find a cozy orbit somewhere else. 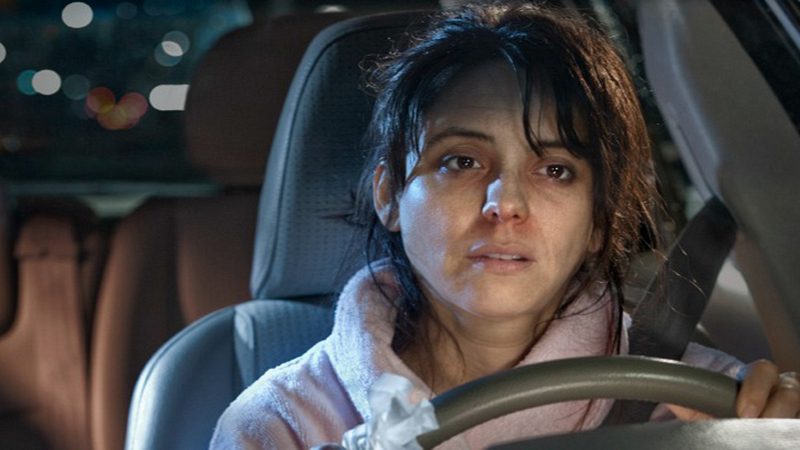 Given our society's general impatience and expectation of overnight delivery, it'll probably be knocking on your door within 24 hours. Don't even bother calling your doctor because you'll just be prescribed with a heavy dose of "deal with it!"

Your best option in a pandemic is to isolate yourself from hot zones ASAP and wait it out. It may be a while until you see your neighbors. The government should be way ahead of you and working hard at quarantining and curing whatever is spreading so fast. Stock up and hide out with a TV or radio and wait for (hopefully good) news. 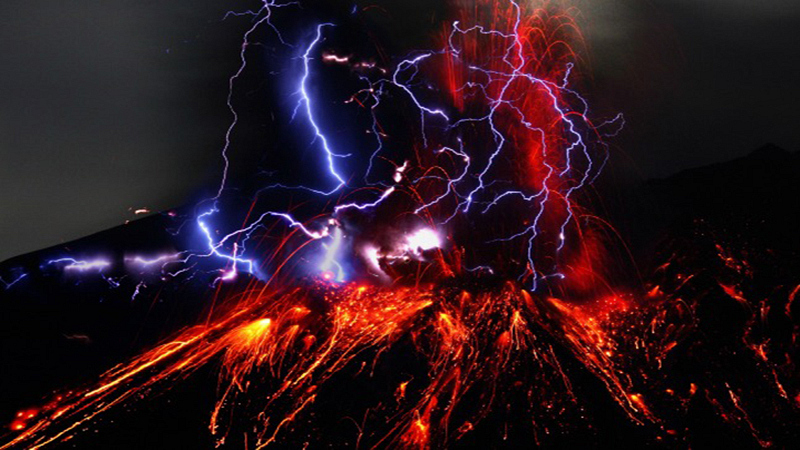 If the supervolcano underneath Yellowstone National Park decided to blow again (yes, there's one just hanging out there), it would spew ash for thousands of miles across the U.S., damaging buildings, smothering crops, and shutting down power plants.

If this doesn't scare you, it should. Stock up on extra dust masks, goggles, non-perishable food to last basically the rest of your life, first aid, radios, blankets, tarps, and cash. ATMs will be completely useless. On that note, cash probably will be, too. 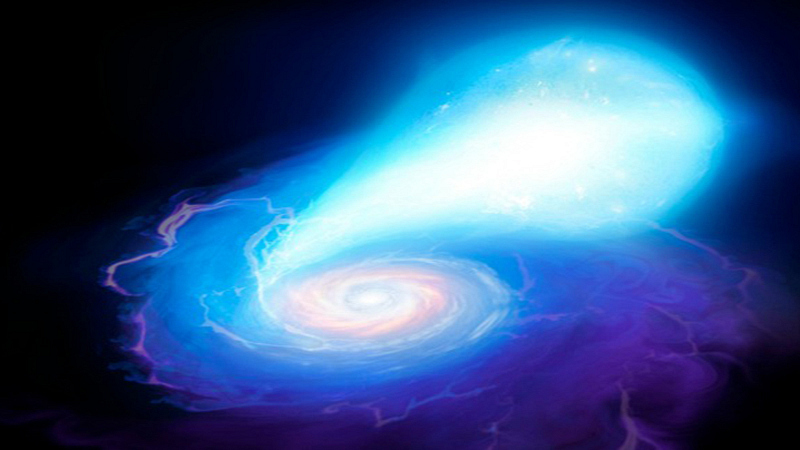 A neutron star is a stellar remnant that can result from the gravitational collapse of a massive star after a supernova. We don't have to get into semantics. Just understand that with a radius of about seven miles, they have a mass of about two times the size of the sun. There isn't a single chance of survival, so just grab a good seat. 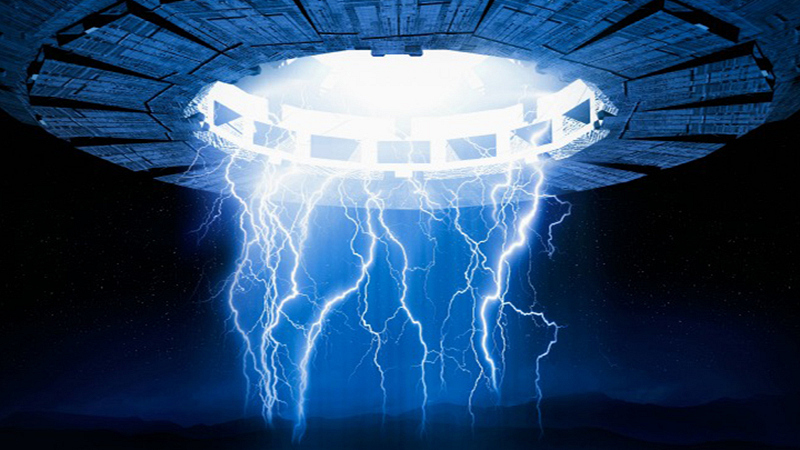 There's nothing more exciting—or scary—than the idea that some other life is out there. If far more technologically enhanced beings decide to make our home their home, we probably won't have much say in the matter.

Like an awkward family reunion, they'll want to raid our fridge. As great as it would be to finally put a stop to the question of whether ETs exist, they're probably the ones with the technology. We're the ones with the resources. Unless these aliens enjoy sharing, we're toast. Should a fleet of ships start landing from the sky, your best bet might be making yourself a good pet. 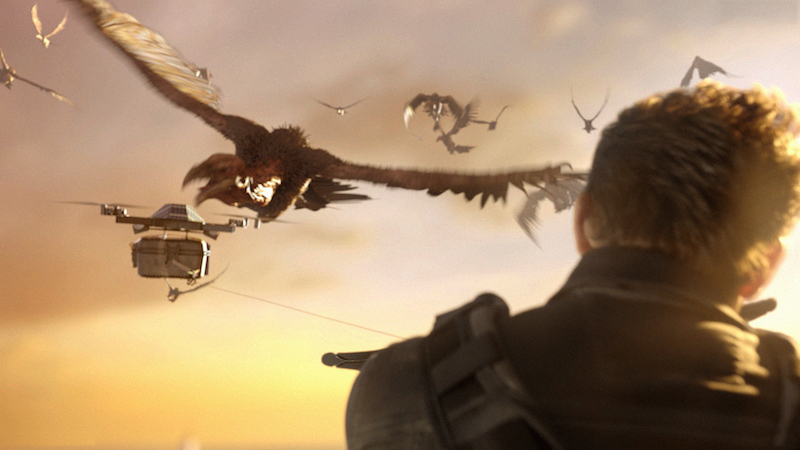 Currently, we humans sit comfortably atop the food chain. Or so we like to think. There are five trophic levels in our ecosystem to determine how we all measure up. Level 1 is the bottom (think plants and algae) and Level 5 is the top (think apex predators like tigers.)

Without our technology and superior thinking ability, humans really aren't all we're cracked up to be. Unlike actual apex predators, we're omnivores with an apex predator-complex. Based on a variety of studies, humans score at a 2.21—right around anchovies and pigs. You know, pizza toppings. 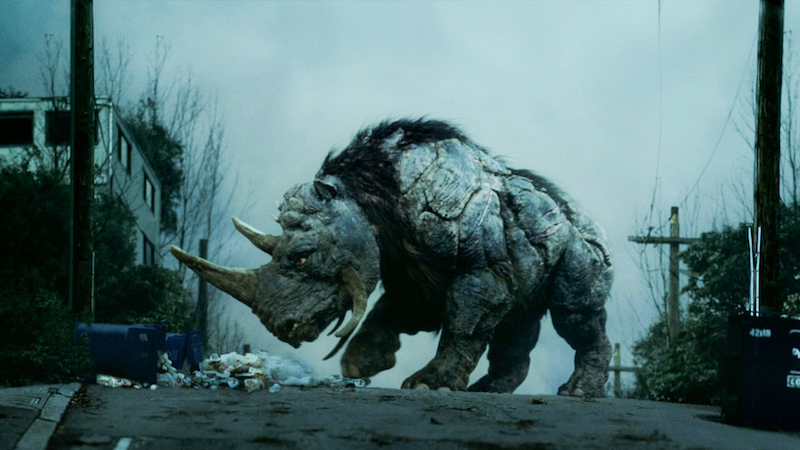 The hybrids have clearly decided it's time for a change. In Season 3 of Zoo, we travel a decade into the future to see the consequences of messing with them.

Though the team cured hybrids across the globe in Season 2, the antidote's success came at a terrible price—it sterilized the human race. With the human population dwindling, the Earth is in more danger than ever when the hybrids escape from Pangaea and quickly make their way to the mainland.

Does the team stand a chance against these lab-made monsters? Or is the end of the world closer than we thought?