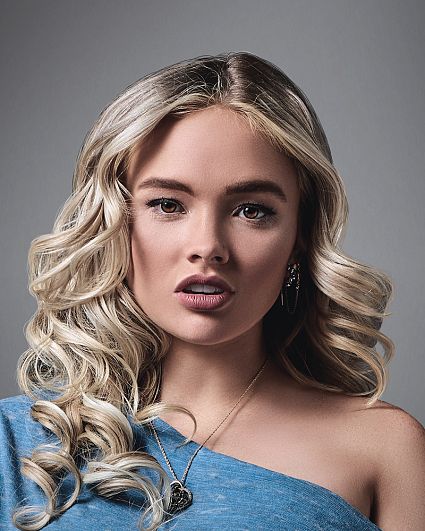 Ashley Rose Pruitt
Natalie Alyn Lind
Biography
Natalie Alyn Lind most recently starred in FOX and Marvel's The Gifted, playing mutant, Lauren Strucker, who is learning to embrace and control her powers. Based off the X-Men comics.

Natalie's past TV credits include The CW's iZombie, NBC's Chicago Fire, and TNT's Murder in the First. Additionally, she recurred on the hit ABC comedy The Goldbergs as Dana Caldwell. Her big break came on Fox's gritty crime drama Gotham, playing villain Silver St. Cloud, an ethereal beauty and Gotham debutante who lost her parents at a young age. Natalie's other credits include Lifetime's Army Wives, Nickelodeon's iCarly, CBS' Flashpoint and Criminal Minds, Disney's Wizards of Waverly Place, as well as a lead role in Lifetime's Playdate, and a part in Jason Blum's horror film, Mockingbird.

Natalie has been immersed in the entertainment industry since she was a child. Her mother starred in the hit drama series One Tree Hill, her father is a well-known Los Angeles-based producer, and both of her younger sisters are actresses as well. Natalie booked her first job at the age of 4, working alongside her mom, Barbara Alyn Woods, on the WB hit show. Born in Los Angeles, Natalie spent most of her childhood traveling back and forth between the series' location in North Carolina and her home in California, where she currently resides.