The Season 2 premiere has Arthur feeling threatened and Franco feeling flirtatious.
On Monday, Oct. 30 at 9/8c on CBS and CBS All Access, Superior Donuts returns for its second season with comedy so fresh, it should be illegal.

In the Season 2 premiere entitled "What The Truck?", Arthur's (Judd Hirsch) business is threatened when young entrepreneur Sofia (played by new series regular Diane Guerrero) parks her organic food truck in front of the donut shop, becoming a hit with his customers and catching Franco's (Jermaine Fowler) eye. 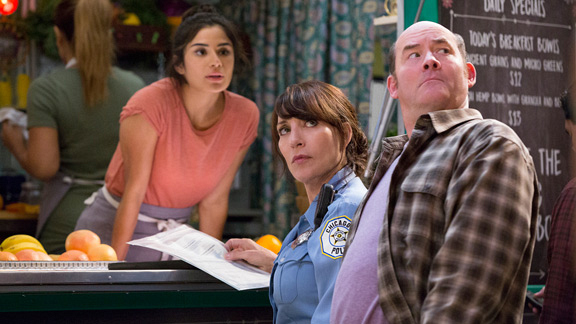 ​Also, Franco grows frustrated trying to follow his dream of going to college. 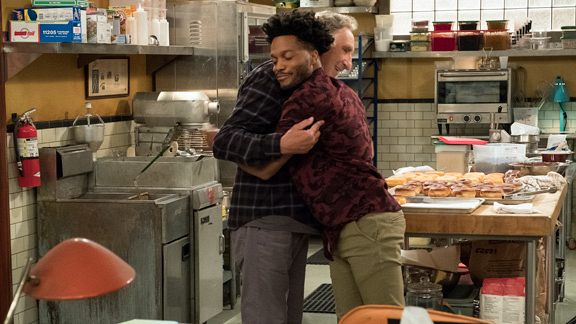 What will everyone have to say when Sofia makes her first appearance in the shop?

And, what special moment has Arthur and Franco in a full embrace?

Watch the Season 2 premiere of Superior Donuts on Monday, Oct. 30 at 9/8c on CBS and CBS All Access.