And we're back: the saga of Star Trek: Picard continues this week along with "The Ready Room"!

If you haven't yet watched "The Ready Room," you can catch the first four installments of "The Ready Room" on CBS.com, Facebook (@StarTrekCBS), IGTV (@StarTrekCBS), and YouTube (CBS All Access). New videos debut every Thursday in the hours following the latest episode of Star Trek: Picard at 10 AM ET / 7 AM PT.

For this week's "The Ready Room," host Wil Wheaton (Star Trek: The Next Generation) is joined by actor Evan Evagora. Evagora portrays Elnor, the highly-skilled, yet highly naive, young Romulan who accompanies Picard and his motley crew on their mission to find Dr. Bruce Maddox and his creation, Soji.

Wheaton and Evagora discuss Elnor's relationship with Picard and what it's like portraying "Space Legolas."

As always, spoilers lie ahead, so read with caution! 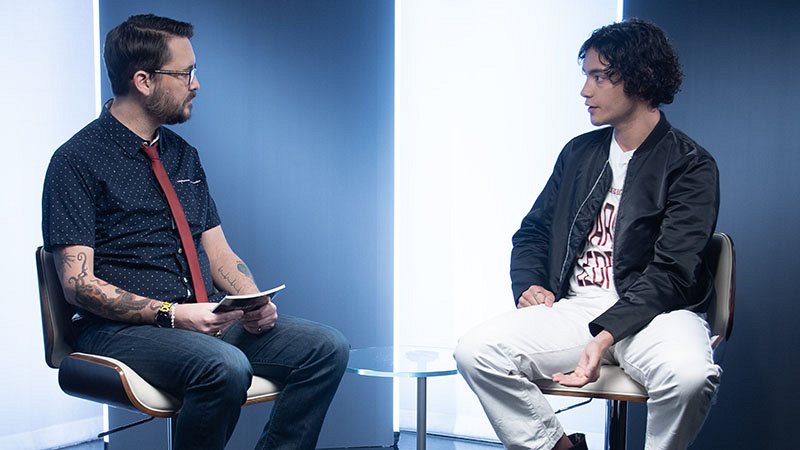 Breaking down Picard and Elnor's bond
From the moment Elnor is introduced, it's clear that his fraught relationship with Jean-Luc Picard (Patrick Stewart) will play a crucial role in his character. When the two reunite in "Absolute Candor," Elnor is not particularly pleased to see Picard.

Evagora says that tension stems from Picard's initial role in Elnor's life—and his eventual absence in it.

"It's kind of obvious to me that Elnor, as a child, viewed Picard as a father figure," Evagora explains. "He was the only strong male that he knew, and then Picard leaves and abandons him. So going into it, the thought was, 'How would you feel if you were suddenly abandoned by the only parent that you know?'"

He continued, "I had to kind of feel the mix of emotions. Was it happiness, was it shock, was it grief, was it sadness, was it anger? I have to portray all these emotions that are flashing through my mind. Body language, eyes, even the clenching of my jaw, the tears kind of coming through. I had to show all of that emotion in that short space of time."

Why would Elnor agree to work with Picard if he still feels resentment towards him?

Evagora says that it all boils down to the specific times Picard appeared in Elnor's life; those early memories of Picard ultimately kept Elnor loyal to him.

But that loyalty doesn't mean all the tension between the two has been resolved. Evagora says the moment on Vashti when Picard asks Elnor to join him on his mission isn't completely satisfying to Elnor—he was expecting more of an apology.

"It's actually quite a mature moment from Elnor," Evagora says. "He decides to push aside his feeling for Picard and all the hurt that he's felt from him. He sees the opportunity that's presented with going with him. And that's what ultimately made his decision." 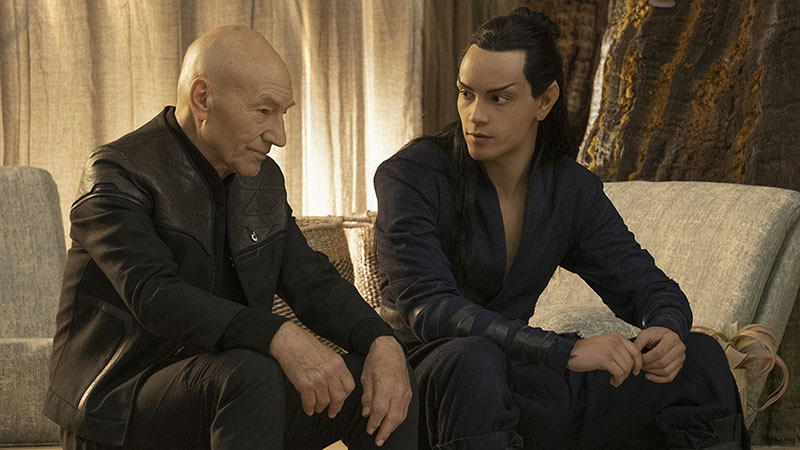 A different kind of Romulan
His relationship with Picard aside, Elnor is a unique new Star Trek character. He's the only male Romulan to have been raised with the Qowat Milat, a sect of warrior nuns who follow a philosophy of absolute candor, meaning they never lie. That makes Elnor a very different sort of Romulan from those seen in the Star Trek universe.

"Romulans are normally secretive and distrustful and they don't trust anyone who's not one of them," Evagora explains. "I got Elnor and I'm like, 'Wow, he's the complete opposite.' He doesn't believe in lying, he's taught to only speak the truth—his mind."

Wheaton and Evagora also discuss why it was important to portray a level of innocence in Elnor, despite his deadly physical prowess.

"I had to think of, how would a child view something they've never seen before? Because he does have the innocence of one," Evagora says. "All of a sudden, he's thrust into all these possibilities of what his life could be. I think it makes him more dangerous, if anything, because you wouldn't take someone seriously who's that naive. But if you give them a sword and teach them to use it, then you start to fear that person."

Embodying Elnor was certainly a process, as well, requiring about an hour and a half in the makeup chair.

"First, it's the wig. I'd say as soon as my beautiful hair's put on, I start feeling more like Elnor," Evagora laughs. "And then slowly, we get rid of these big bushy eyebrows, and we put the blockers on. I get the slanty eyebrows and then the beautiful ears." 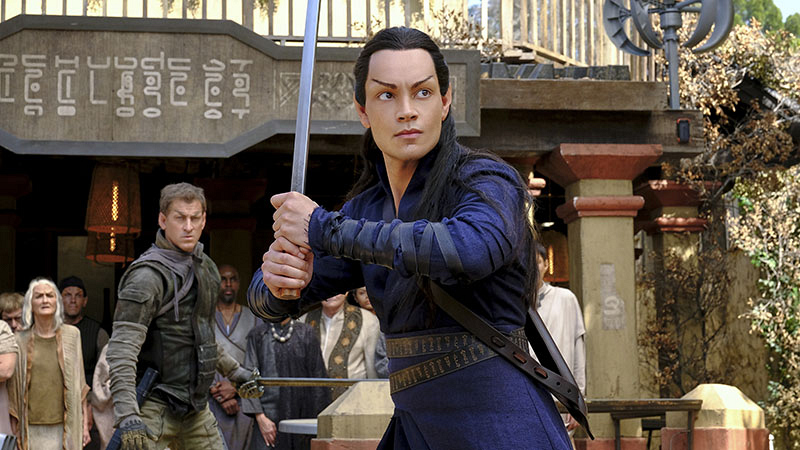 As for his feelings on the Internet's nickname for Elnor, "Space Legolas," Evagora has no hard feelings about being compared to the Lord of the Rings fan favorite.

"It's the greatest thing, I couldn't have thought of a higher compliment. Except I'd say I'm cooler than Legolas. You'll see," he promises.

To wrap up the latest installment of "The Ready Room," viewers get an exclusive sneak peek at the next episode of Star Trek: Picard entitled "The Impossible Box," which is available to view Thursday, Feb. 27, exclusively in the U.S. on CBS All Access.