How And When To Stream Star Trek: Lower Decks

The new animated comedy series premieres Thursday, Aug. 6, exclusively on CBS All Access in the U.S.

Set a course for all-new adventures in the Star Trek Universe with the debut season of Star Trek: Lower Decks, which launches exclusively on CBS All Access in the U.S. on Thursday, Aug. 6! 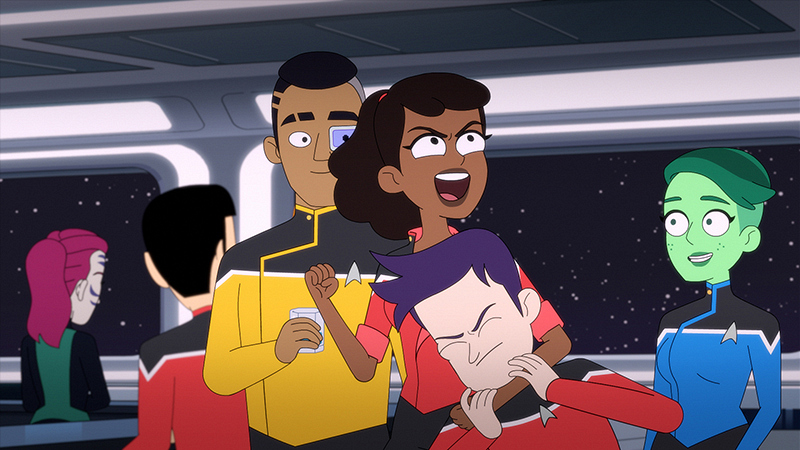 Ensigns Beckett Mariner (Tawny Newsome), Brad Boimler (Jack Quaid), Rutherford (Eugene Cordero), and Tendi (Noël Wells) all live and work in the "lower decks" and must keep up with their duties and their social lives—often while the ship is rocked by a multitude of sci-fi anomalies.

New episodes of the 10-episode first season will then drop weekly on Thursdays on CBS All Access in the U.S. 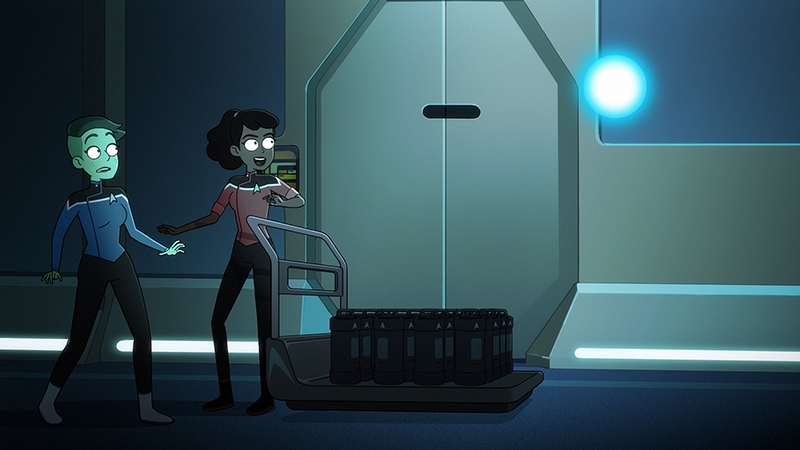 What else can I stream on CBS All Access?
Not only will CBS All Access let you stream Star Trek: Lower Decks, but you also get access to every other Star Trek Universe series, including Star Trek: Discovery, whose third season premieres Thursday, Oct. 15; Star Trek: Picard, featuring Sir Patrick Stewart reprising his iconic role as Jean-Luc Picard; and Star Trek: Short Treks.

CBS All Access also gives you access to Original Series like The Good Fight, Tooning Out The News, Why Women Kill, and the forthcoming The Stand, with additional series soon to be announced.

Of course, CBS All Access gives you thousands of episodes from CBS shows on-demand. That includes full episodes from your favorites like Evil, NCIS, Big Brother, Young Sheldon, and more, not to mention other fantastic specials like the Academy of Country Music Awards, which will air live from Nashville on Sept. 16, and the 63rd Annual GRAMMY Awards®.

Additionally, CBS All Access recently added hit shows from networks like BET, Comedy Central, MTV, Nickelodeon, Smithsonian Channel, TV Land, and VH1 to its offerings, bringing its total number of episodes and movies to more than 20,000—with even more on the way!

That means you'll have access to shows like SpongeBob SquarePants, Chappelle's Show, RuPaul's Drag Race, Laguna Beach, and Everybody Hates Chris. Fans can also look forward to the all-new CBS All Access exclusive SpongeBob series Kamp Koral and the upcoming feature The SpongeBob Movie: Sponge On The Run. Plus, Nickelodeon will be the home to the CG-animated Star Trek: Prodigy.

What does a CBS All Access subscription cost?
For a limited time, you can get CBS All Access free for the first month if you're a new subscriber. After that, you can subscribe for $5.99/month with limited commercials, or you can go commercial-free for $9.99/month. That's right, 3,500 episodes of popular series have just been added with no change in price.

Stream the series premiere of Star Trek: Lower Decks on Thursday, Aug. 6, exclusively on CBS All Access in the U.S.