The teaser debuted at New York Comic Con 2022 along with casting reveals for the new season.
Black alert! The galaxy finally has a first look at Season 5 of Star Trek: Discovery!

Debuting at the Star Trek Universe panel at New York Comic Con, the teaser trailer was introduced by series star Sonequa Martin-Green who joined the panel from the captain's chair on the bridge of the U.S.S. Discovery. Martin-Green was joined by her cast mates Anthony Rapp and Wilson Cruz, as well as Executive Producers Michelle Paradise, Alex Kurtzman, and Rod Roddenberry. Josh Horowitz (The Summit With Josh Horowitz) served as panel moderator.

In the fifth season, Captain Burnham and the crew of the U.S.S. Discovery uncover a mystery that sends them on an epic adventure across the galaxy to find an ancient power whose very existence has been deliberately hidden for centuries. But there are others on the hunt as well…dangerous foes who are desperate to claim the prize for themselves and will stop at nothing to get it.

In addition to teasing plenty of action, the teaser unveils a few new Season 5 characters including Rayner, played by Callum Keith Rennie (The Umbrella Academy), and Moll and L’ak, played by Eve Harlow (The 100) and Elias Toufexis (Shadowhunters). 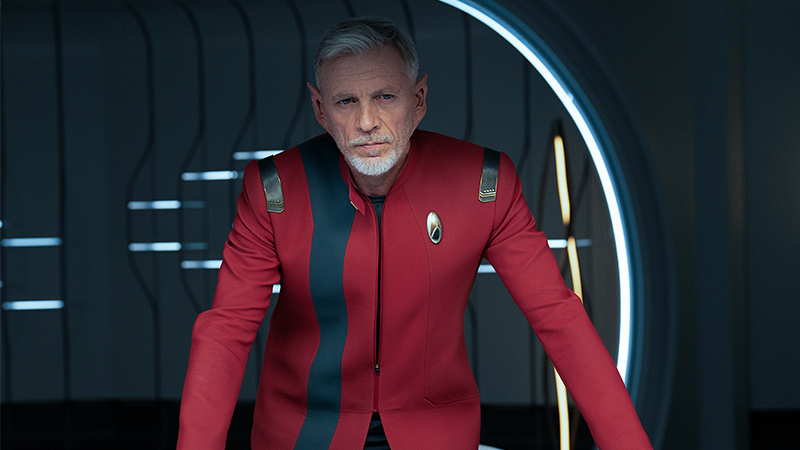 Joining in a series regular role, Callum Keith Rennie is Rayner, a gruff but smart Starfleet captain who holds a clear line between commander and crew—he leads, they follow. Rayner’s all about the mission, whatever it may be, and he doesn’t do niceties along the way; get the job done and apologize later. He has a storied track record of wartime success, but in times of peace he struggles. Collaboration is not his strong suit. That said, if it serves the greater good he’s willing to learn…but it won’t be easy.

Moll is a former courier turned outlaw, who is highly intelligent and dangerous, with an impressive strategic mind and a sharp wit. She goes into every situation with a clear plan and stays focused and clear-headed on her goal, even when things go awry. She’s not intimidated by Captain Burnham or the crew of the U.S.S. Discovery, and will face down anyone who stands in her way in order to get what she wants.

L’ak is a former courier turned outlaw, who is tough, impulsive and fiercely protective of his beloved partner, Moll. So long as he knows she’s safe, he doesn’t care about collateral damage or its consequences – a perspective that makes him very dangerous at times and will put him on the opposite side of Captain Burnham and the crew of the U.S.S. Discovery when they come into conflict. 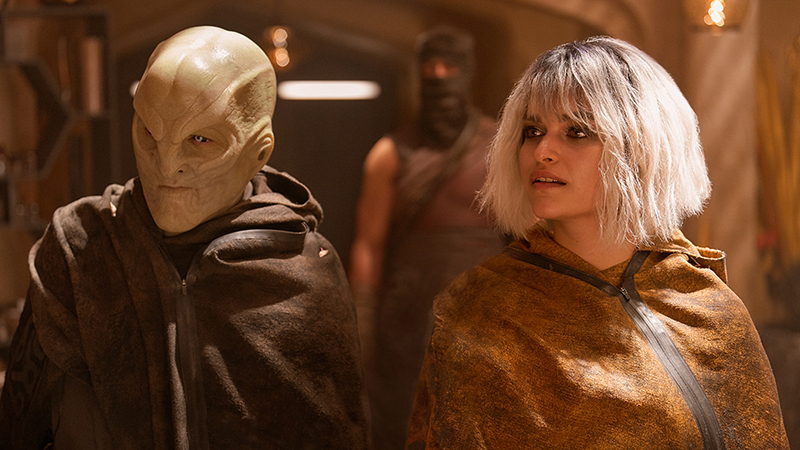 The fifth season of Star Trek: Discovery is currently in production in Toronto, Canada.

Stay tuned for more information on Season 5 of Star Trek: Discovery coming soon, exclusively in the U.S. on Paramount+.