"In a career, there is never enough work that is pure joy. I feel that my friend Alex Kurtzman along with David Stapf at CBS Studios and Julie McNamara at Paramount+ have let me haunt the stock rooms of my favorite candy store and I am grateful," said Akiva Goldsman, Co-Showrunner and Executive Producer of Star Trek: Strange New Worlds. "With a hell of a cast and undying love for the original series, we boldly go."

Olusanmokun's notable television credits include his roles in Netflix's Black Mirror, Marvel's The Defenders, HBO's Emmy-winning miniseries The Night Of, and History's 2016 remake of the miniseries Roots. His film credits include the upcoming and highly anticipated Dune and Wrath of Man.

Chong can currently be seen in the live-action Tom and Jerry adaptation and in The CW's Bulletproof. Gooding starred as Frankie Healy in Jagged Little Pill, a musical inspired by Alanis Morissette's award-winning album which ran until Broadway shutdown in 2021, and received a 2020 Tony Award nomination for Best Featured Actress in a Musical for her work.

Bush starred as Helen in the indie feature Skinford: Chapter Two and appeared in the recurring guest role of Kendall in the Channel 10 series Playing for Keeps. Bush also played the role of Bella in the Australian series Halifax: Retribution. In addition, Bush went on to guest star on the ABC series Les Norton opposite Rebel Wilson and David Wenham. 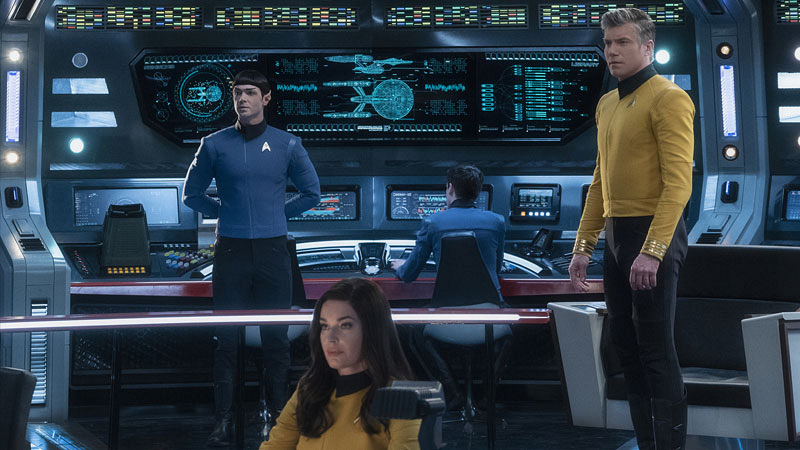