Luckily, the answers are on their way because Star Trek: Discovery Season 3 is set to premiere on Thursday, Oct. 15, exclusively in the U.S. on CBS All Access.

Then, each following Thursday, an all-new episode of Star Trek: Discovery's 13-episode third season will be available on-demand for CBS All Access subscribers. 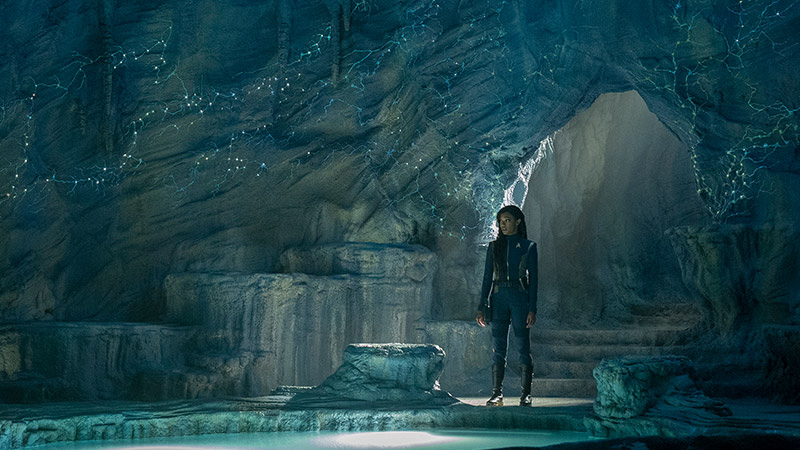 Picking up where we left Commander Burnham (Sonequa Martin-Green) off in the wormhole during the Season 2 finale episode ("Such Sweet Sorrow, Part 2"), the beginning of the third season finds the U.S.S. Discovery landing into an unknown future far from the home they once knew.

Now living in a time filled with uncertainty, the U.S.S. Discovery crew, along with the help of some new friends, must work together and restore hope to the Federation.

A CG-animated series aimed at younger audiences is also in the works for Nickelodeon titled Star Trek: Prodigy.

Don't miss the Season 3 premiere of Star Trek: Discovery on Thursday, Oct. 15, exclusively in the U.S. on CBS All Access.