Jump 930 years into the future with Sonequa Martin-Green and the cast of the CBS All Access Original Series.
The Star Trek Universe Panel at New York Comic Con just showed fans something out of this world—and now you can watch it, too!

Sonequa Martin-Green (Commander Michael Burnham) introduced the teaser trailer for Star Trek: Discovery Season 3, giving the audience at Madison Square Garden their first taste of what's in store on the other side of the wormhole.

In the Season 2 finale, the U.S.S. Discovery made a jump 930 years into the future. Now, the crew finds themselves far from home, in both space and time. Surrounded by uncertainty, they will have to rely on themselves—and some new friends—to regain a hopeful future.

Season 2 of Star Trek: Discovery is set to premiere in 2020 exclusively on CBS All Access. 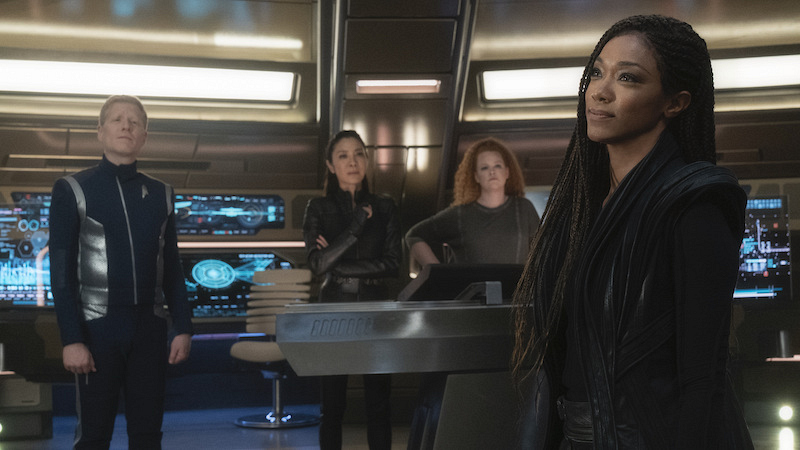 Saturday's panel in New York City also featured some breaking news, when Executive Producer Alex Kurtzman announced that a new installment of Star Trek: Short Treks, "Q&A," is available to stream right now on CBS All Access, with new installments to follow the second Thursday of each month.

READ: How To Watch The New Installments Of Star Trek: Short Treks