Why Saru Is The First Officer We Never Knew We Needed

Played by veteran actor Doug Jones, Saru is a species we've never met before in the Star Trek universe: a Kelpien, which is considered a prey species by nature. As one of the hunted, Saru has both hoofed feet and "threat ganglia"—sensory organs that twitch when he senses danger. As a result, Kelpiens have a reputation for being exceedingly cautious.

Over the course of Star Trek: Discovery, however, Saru has proven to be a complex and intriguing character: sharp, ambitious, well-spoken, a super-fast runner, and a loyal first officer. 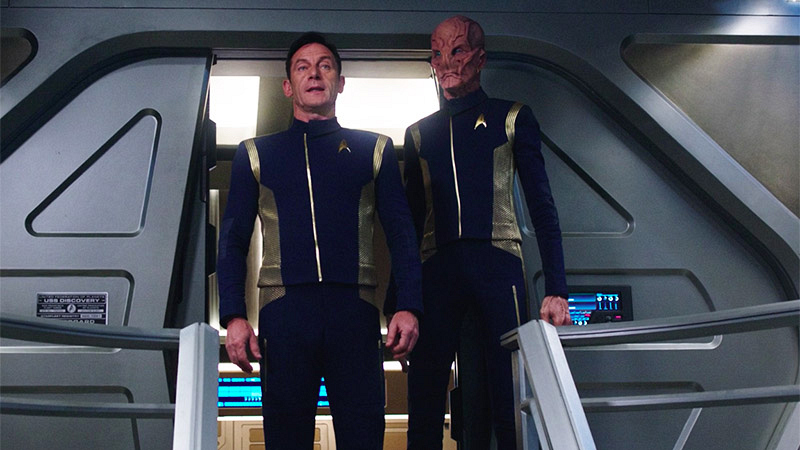 He's the first of his kind to join Starfleet.
As noted above, Star Trek: Discovery is our introduction to Kelpiens. What's especially fascinating about Saru, though, is that he wasn't content to stay on his home planet and live out his life escaping predators. Instead, his talent and intuition earned him a science officer placement aboard the U.S.S. Shenzhou and, later, a first officer role on the U.S.S. Discovery, where he serves the mysterious Captain Lorca (Jason Isaacs).

Watch Saru work alongside Captain Lorca in Episode 3, "Context is for Kings." 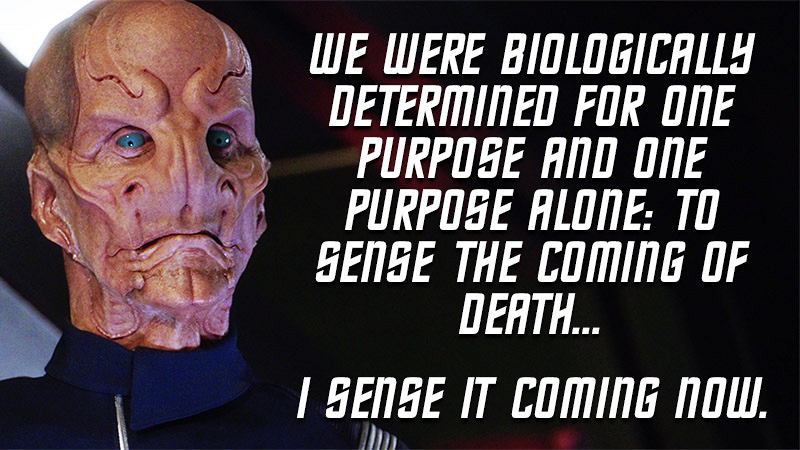 He can sense danger.
Thanks to their threat ganglia, Kelpiens can always tell when there's danger afoot. Not a bad sixth sense to have when warring with the Klingons.

Watch Saru warn the U.S.S. Shenzhou of an imminent threat in Episode 1, "The Vulcan Hello." 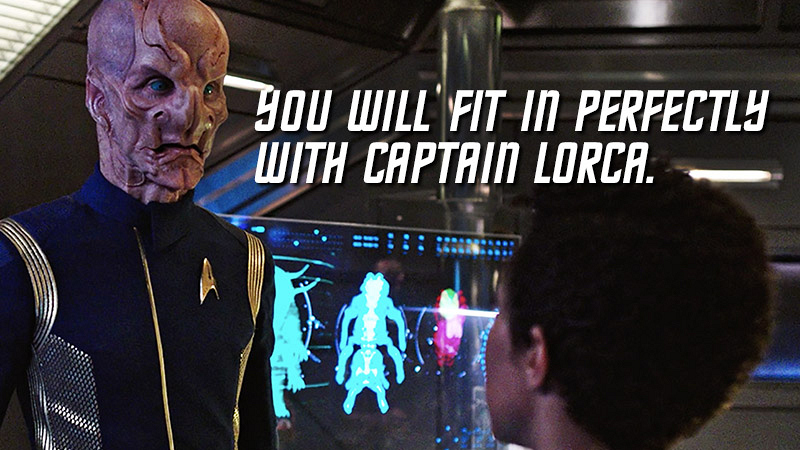 He's quick with a comeback.
Got some salve for that burn? Over the course of Star Trek: Discovery, Saru delivers some epic insults, mostly aimed at his risk-taking foil, Michael Burnham (Sonequa Martin-Green).

Watch Saru burn Burnham in Episode 4, "The Butcher's Knife Cares Not for the Lamb's Cry." 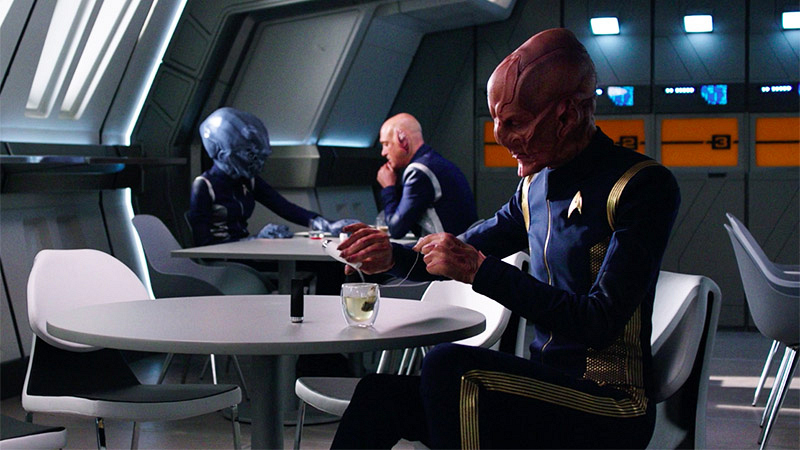 He enjoys salt in his tea.
Not our recipe of choice, but you do you, Saru.

Watch Saru sprinkle salt in his tea in Episode 3, "Context is for Kings." 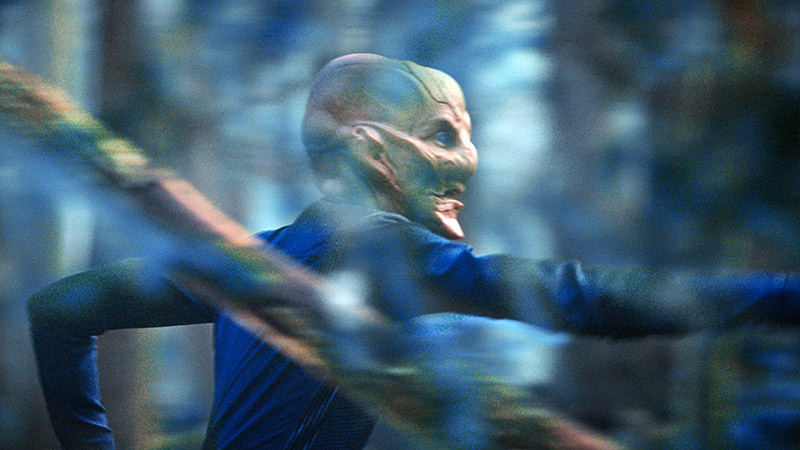 He can run really, really fast.
While on the peaceful planet of Pahvo, which has an adverse effect on Saru's personality, we learn just how quickly Kelpiens can run: 80 kilometers per hour, to be exact. 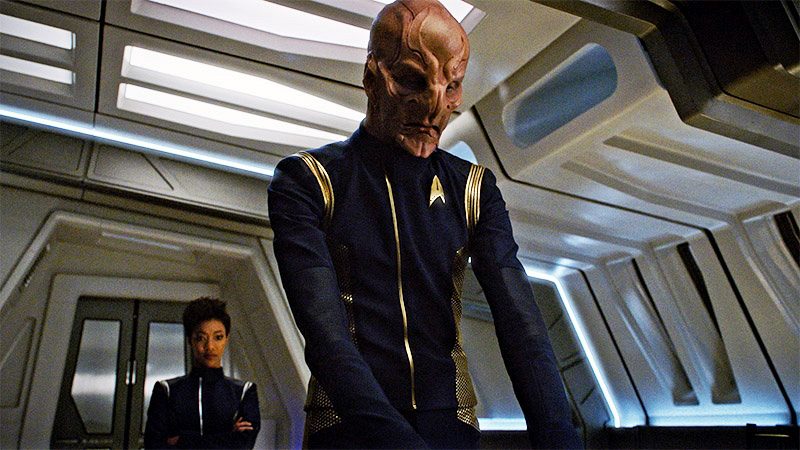 He can admit when he's wrong.
Early on in Season 1, always-prudent Saru is (understandably) distrustful of Burnham, whom he writes off as a dangerous risk-taker after her mutiny on the U.S.S. Shenzhou. So when Burnham relays concerns about the deteriorating health of the Tardigrade the U.S.S. Discovery crew brought on board, Saru dismisses her. But when he sees for himself that the animal is suffering after one too many spore-drive jumps, he relents and helps Burnham set it free—and he's even able to rebuild a little trust in the onetime commander.

Watch Saru learn about Tardigrades in Episode 5, "Choose Your Pain." 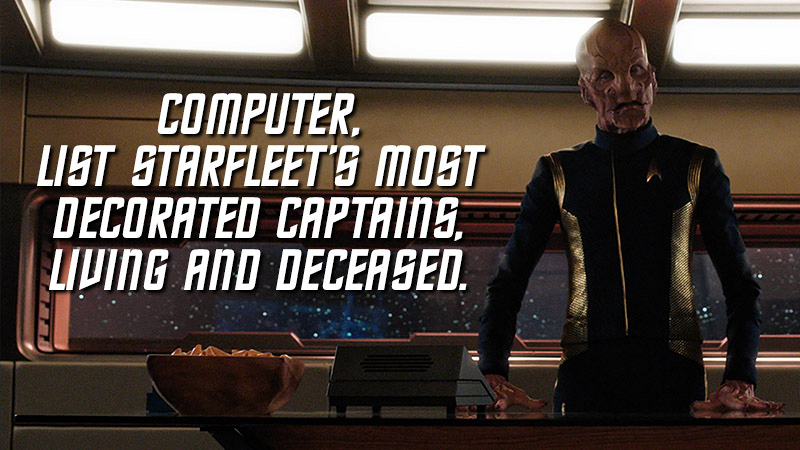 He's relentlessly ambitious.
When Saru thinks nobody is looking, he asks the U.S.S. Discovery's computer to list Starfleet's most decorated captains, which include Jonathan Archer from Star Trek: Enterprise, Matt Decker from the original Star Trek ("The Doomsday Machine"), and Robert April.

Watch Saru get a captain's education in Episode 5, "Choose Your Pain." 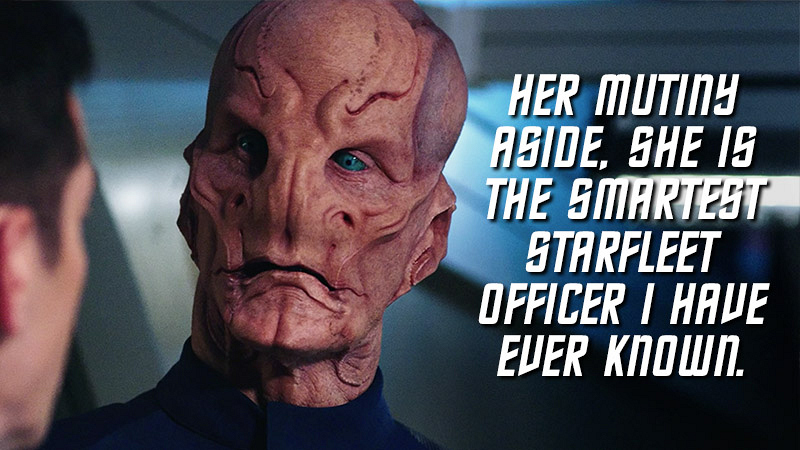 He may hold grudges, but he can get over them, too.
Certainly, Saru is angry at Burnham after her mutiny on the U.S.S. Shenzhou. But at least when Lorca quizzes him about her skills, he answers openly and honestly, praising his former colleague as "the smartest Starfleet officer I have ever known."

Watch Saru compliment Burnham in Episode 3, "Context is for Kings."