Props Master Mario Moreira walks us through the creation of phasers, tricorders, and more in this behind-the-scenes video.

With the upcoming CBS All Access original series Star Trek: Discovery set 10 years before Captain Kirk's five-year mission, it makes sense that the new prop designs would have a prototype-like quality about them—as opposed to the more classic tricorders, communicators, and other props we see in the original Star Trek.

Props Master Mario Moreira explains in a new Star Trek: Discovery featurette how he and his team took a "period piece" approach to creating the props for the show. Check out the video above for a full breakdown.

The new phasers—which Mario describes as the "crown jewel" of Star Trek's Federation arsenal—definitely bear a resemblance to the phasers we know and love, but include additional flourishes appropriate to the time. 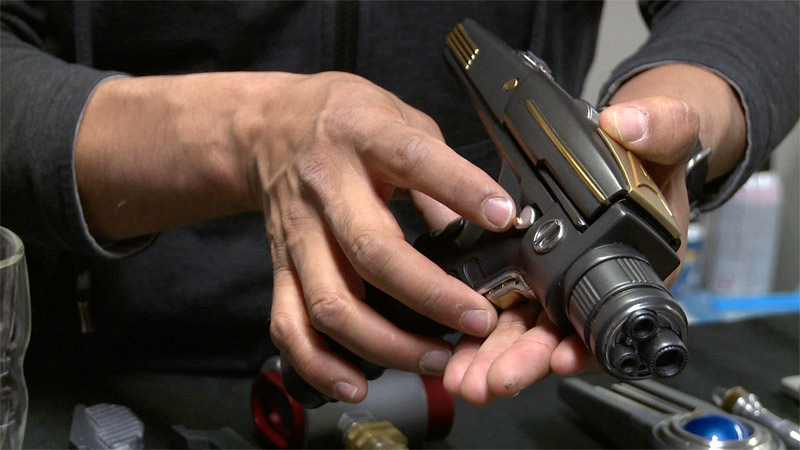 "Comparing it to the original series phaser, it has very similar lines," Mario says. "We gave it more of that militaristic feel.

"A lot of today's industrial design inspired the look of our props," he adds.

Meanwhile, the alien Klingon armor and weaponry had to exude a totally different look and feel from those of Starfleet.

"We wanted to re-explore our Klingons as more of an aesthetic warrior race," Mario says. So, the species' helmets, for instance, which are incredibly ornate and textured, were inspired by Roman and Greek vases that were all inlaid and carved." 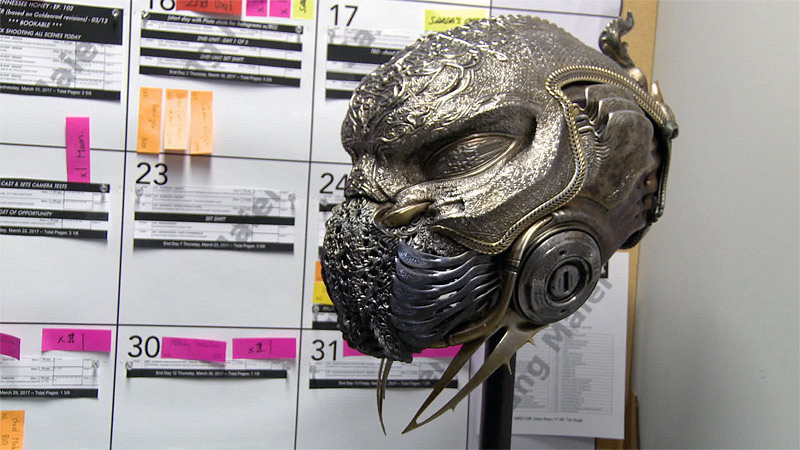 Be sure to watch the video above for even more "sketch-to-builds," including the Starfleet tricorders, communicators, and the Klingon bat'leth weapon.