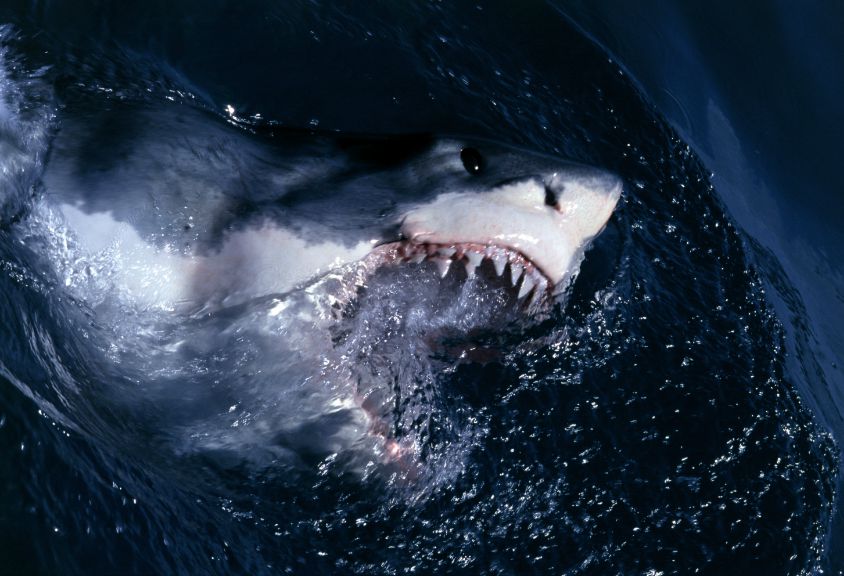 Average Annual Death Toll: 10
We get it, it's a bad idea to touch a shark. But when it comes to deadly animals (at least defined by number of humans killed), these guys are the least of our worries. Unprovoked attacks are relatively uncommon. In fact, there were only three people reported killed by sharks in 2014. Let's take a look at some of the animals you should really be concerned about. 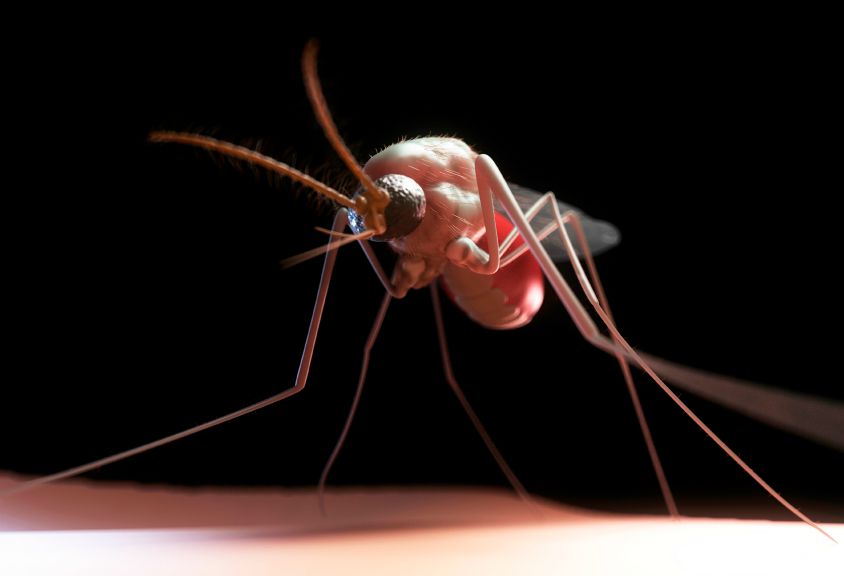 Average Annual Death Toll: 725,000  We usually think of mosquitos as annoying, buzzing, blood-eaters. They also happen to be the deadliest animals on the planet. These guys carry malaria, which alone caused an estimated 584,000 deaths and afflicted nearly 200 million people in 2013. The mosquito-borne disease reportedly threatens half of the world's population. That's not to mention other nasty things mosquitos carry, like dengue fever, yellow fever, and encephalitis. © SEBASTIAN KAULITZKI/Science Photo Library/Corbis 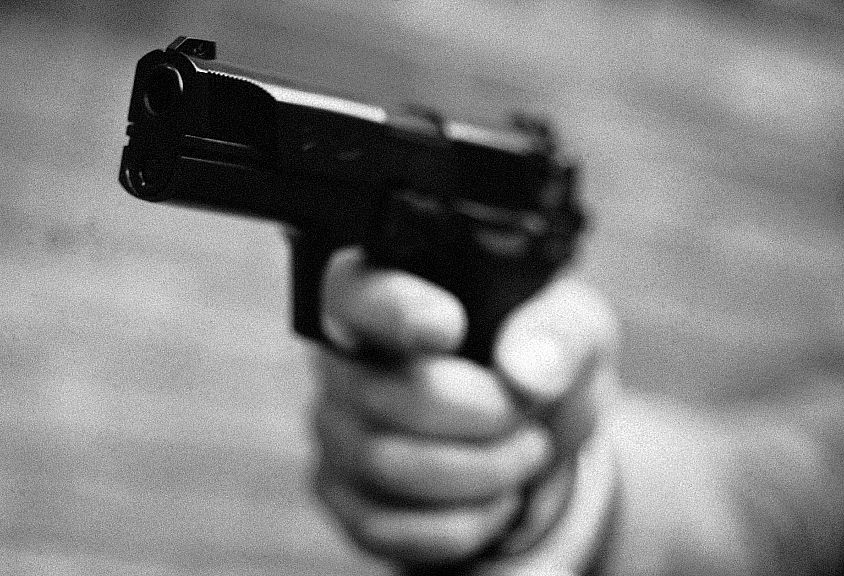 Average Annual Death Toll: 475,000
As far as mammals go, humans are the most dangerous adversary—to other humans. The U.S. homicide rate was measured at 4.7 for every 100,000 people in 2012 (one of the country's lowest results in a decade). Worldwide, the United Nations Office on Drugs and Crime estimated there were almost half a million homocides that year. Forget lions, tigers, and bears, your neighbor might be more likely to kill you than all of those animals combined. 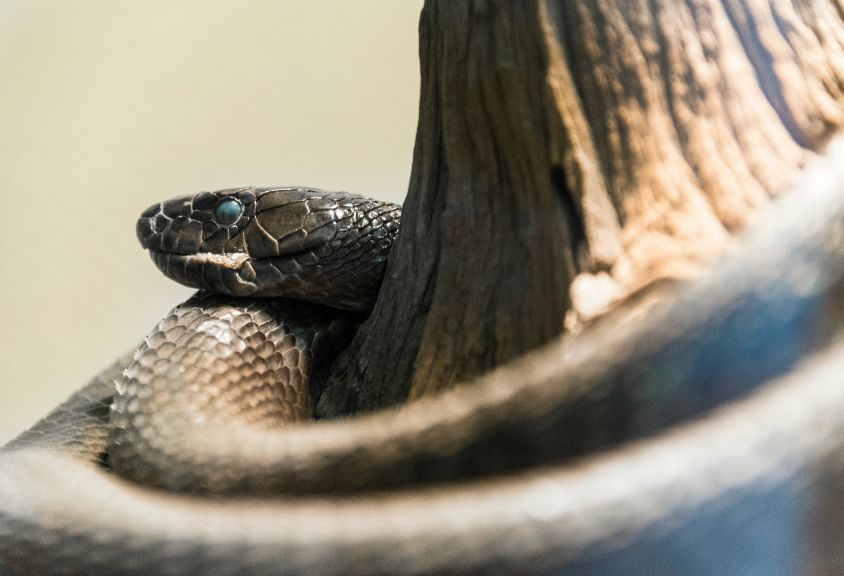 Average Annual Death Toll: 20,000 to 94,000
Snakes are unlikely to attack a human unless provoked, but given the amount of injuries and fatalities these slithery assassins cause each year earns them a top spot on the list.

The African Black mamba (pictured above) is by far the most feared and most dangerous snake species in Africa, with a reputation for being fierce and territorial. Untreated, their bites have a 100% fatality rate in humans. While the deadly snake's accuracy is excellent (well, not for its targets) and each bite has plenty of venom to kill an adult, these bad boys like to deliver multiple strikes—just for good measure. 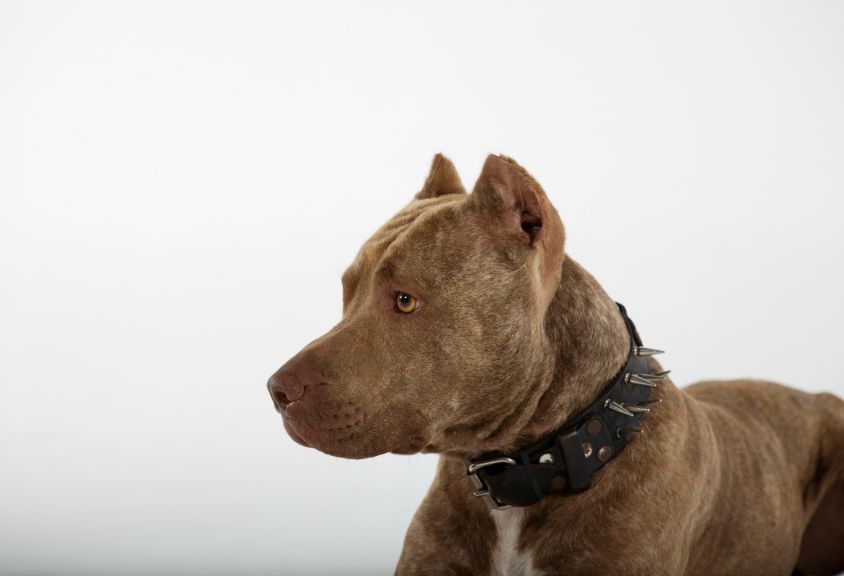 Average Annual Death Toll: 55,000 to 70,000
Man's best friend is responsible for an average of 28 deaths in the U.S. per year. But there's something far worse than a dog's bite, alone.

The real killer is what a dog can carry: rabies. With tens of thousands of humans dying from the disease every year, a whopping 97% of those cases are caused by a dog bite. 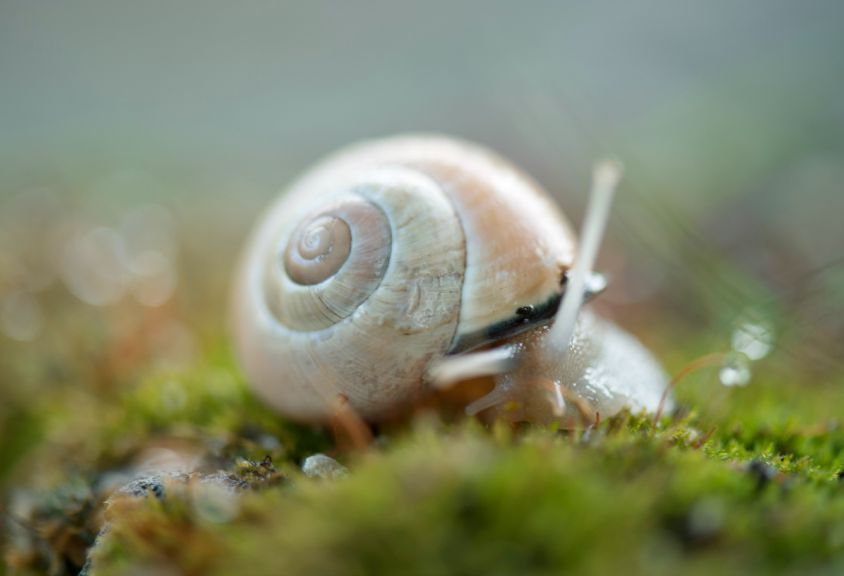 Average Annual Death Toll: 10,000
We eat them but you probably didn’t know that they eat us. They carry parasitic worms that cause Schistosomiasis, a disease that is particularly deadly to children in developing countries that play in contaminated water. These microscopic killers cause liver damage, kidney failure, infertility, bladder cancer, and death. Think about that the next time you order escargot. 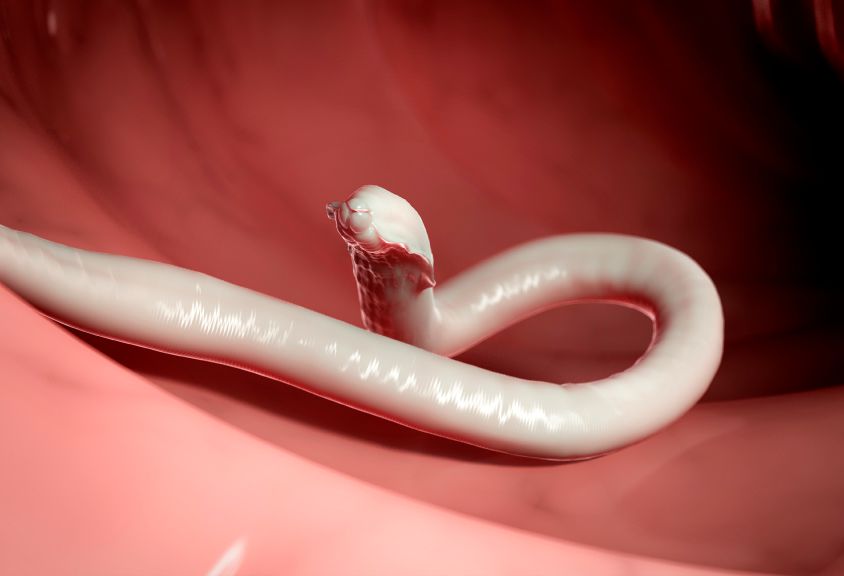 Average Annual Death Toll: 2,500
The scariest thing about these worms it that their infections have no symptoms in more than 85% of cases. In areas like sub-Saharan Africa, Latin America, and Asia, children are most affected. When the worms do show symptoms that result in abdominal swelling and sever diarrhea, causing to poor weight gain and malnutrition, which, in developing countries, can easily lead to death. 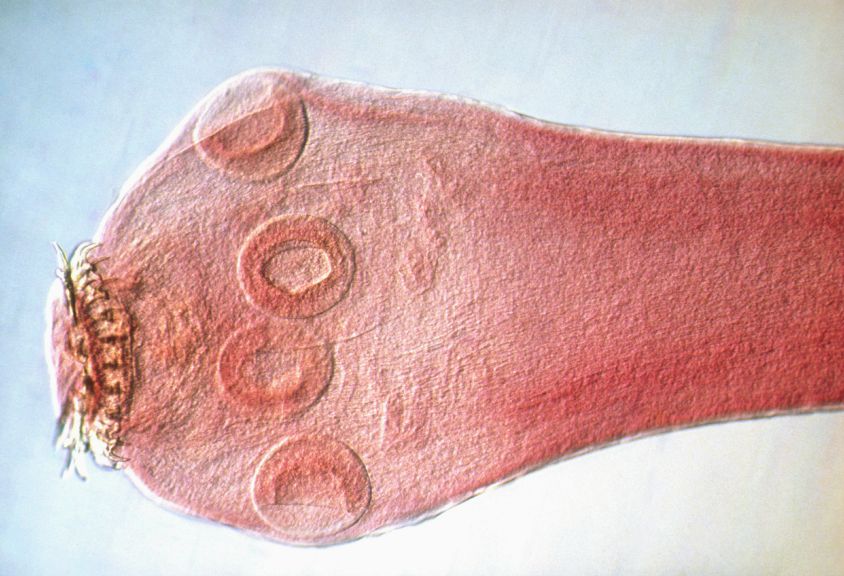 Average Annual Death Toll: 2,000
Tapeworms typically enter the system through undercooked meat. T. Saginata, the tapeworm found in beef, can grow to be over 100 ft. (and no, that’s not an exaggeration.) T. solium, the tapeworm found in pigs, can cause serious—and sometimes deadly—symptoms including seizures, dementia, blindness, and convulsions. Cook your pork people! 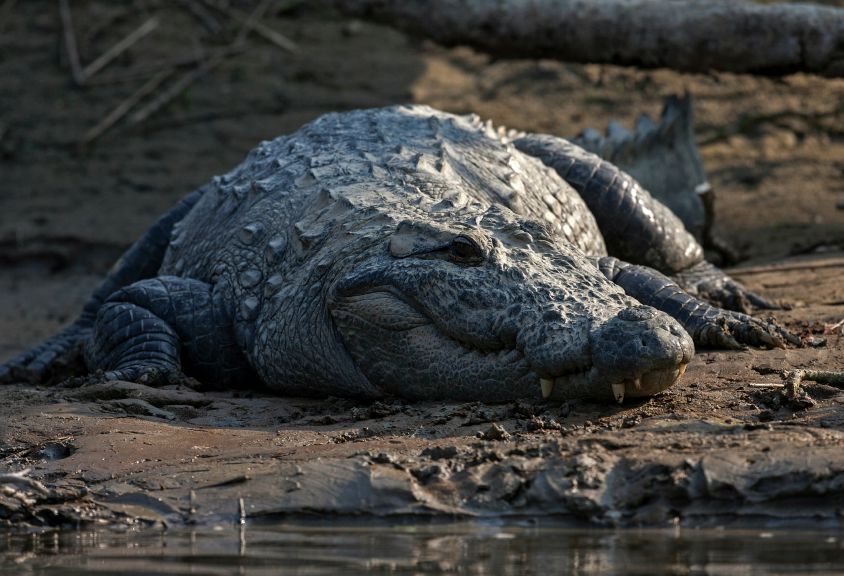 Average Annual Death Toll: 1,700
Each year, hundreds of deadly attacks are attributed to the Nile crocodile in sub-Saharan Africa. Since a majority of fatal attacks are believed to be predatory in nature, the Nile crocodile can be considered the most prolific predator of humans among wild animals. So that's why Jackson chose to face the lions instead of the crocodiles in Zoo's pilot episode!

At 20 feet in length and weighing more than 2,000 pounds, the notorious Gustave is credited with killing hundreds of people at the Rusizi River in Burundi. Even though numerous capture attempts have been made (including using a massive bear trap,) Gustave has continuously evaded capture. Now that is one crafty, colossal, and cruel crocodile. 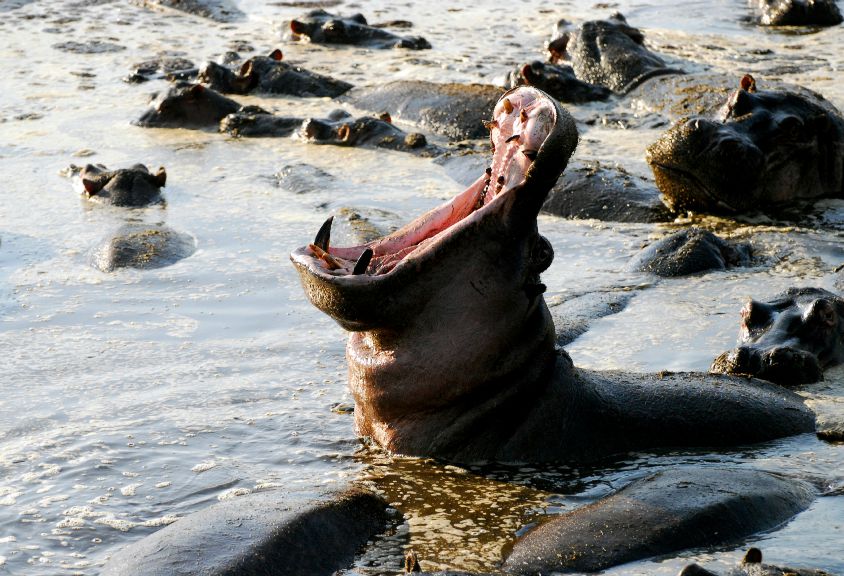 Average Annual Death Toll: 500
Although the hippos on a kid’s bedroom wall look cute and friendly, they are definitely one animal you do not want to cross. These not-so-gentle giants scare easily and are extremely aggressive. Hippos will not hesitate to attack a human, especially if one of its young babies are near. While hippos can’t jump, they can run over 20 mph and their enormous jaws house 20” canines. Even alligators are afraid of them and you should be, too. 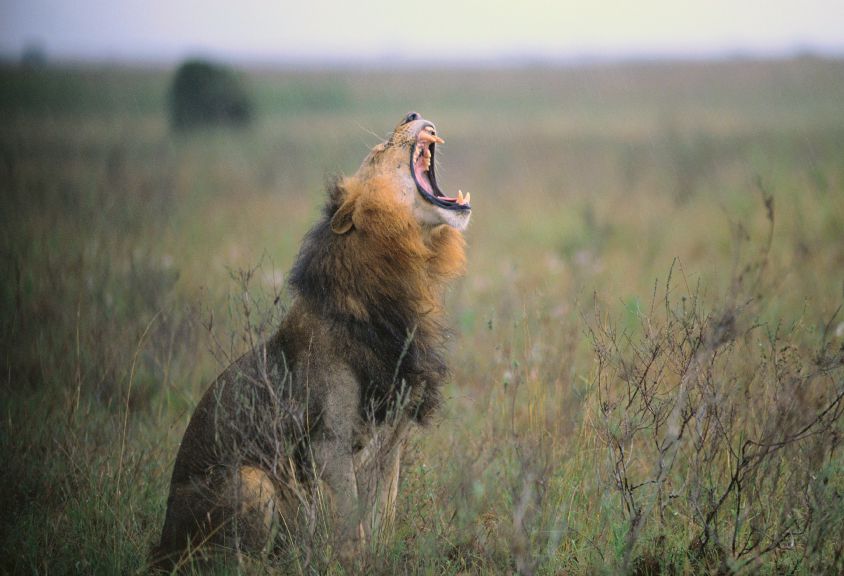 Average Annual Death Toll: 100
Lions, unlike most of the animals on this list, are known to actively hunt and eat humans. American and Tanzanian scientists have reported that at least 563 villages were attacked from 1990 to 2005.

The most notorious killer lions were the Tsavo Man-Eaters, two mane-less lions responsible for killing and eating up to 135 workers on the Kenya-Uganda Railway in a mere nine months in 1898. Rawr! 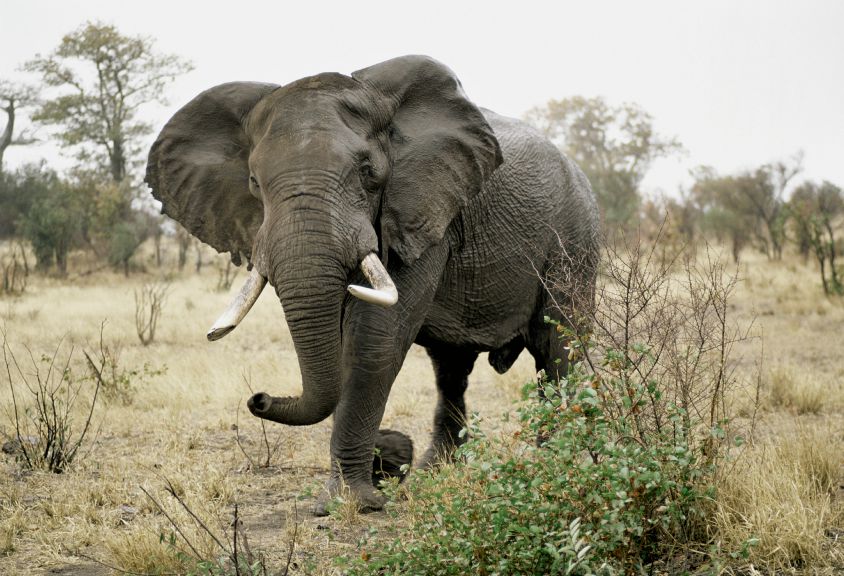 Average Annual Death Toll: 100
As elephants get squeezed into smaller and smaller spaces by humans, they will often wander into human places just for survival and when villagers chase them from their field's watering holes, the scared and thirsty gentle giants scour the city. In a situation where an elephant is frightened and frantic, anything that moves is considered a threat.

Elephants need a large space to roam, with lots of vegetation and abundant water supplies to help them digest all that roughage. When their space gets taken over, elephants are happy to adjust to eating human foods, but this quickly becomes troublesome when they enter villages and inadvertently destroy homes and kill civilians because they smell good cooking. 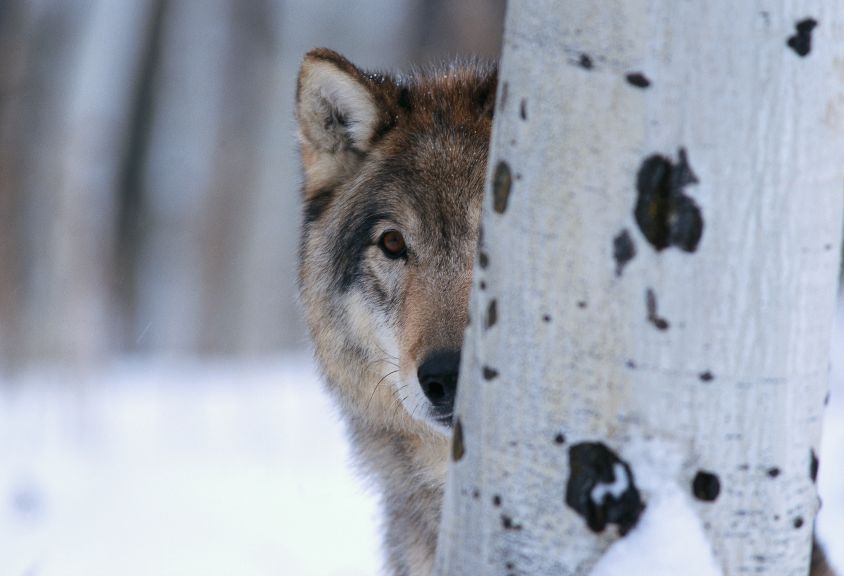 Average Annual Death Toll: 10
Of course wolves can be a threat, they have sharp, pointy teeth and can run incredibly fast, but they are not naturally dangerous to humans.  Attacks are rare and fatalities are even rarer, and typically only occur when a wolf feels like it needs to protect itself or its pack. They avoid humans as much as possible but if resources are scarce, wolves will brave interaction out of necessity to find food. Talk about being a completely misunderstood "monster."