Whether you love reading thrillers or watching big-screen blockbusters, Jeff Pinkner explains why Zoo is a must-see summer event.
On June 30 at 9/8c, CBS will welcome the newest thriller to its primetime stable: Zoo, an hour-long, action-adventure series adapted from James Patterson's hugely popular novel. The show centers around a diverse group of relative strangers who unite to find out why animals around the world are going rogue.

For fans of Patterson’s bestseller wondering how closely the show will follow the text, executive producer Jeff Pinkner says, "We used some of the characters very specifically, then adjusted them a little bit and created some characters of our own."

With Patterson's blessing, Pinkner and his creative team went about the challenging task of adapting a beloved and well-known book for the small screen. In a recent interview, he gives fans and newcomers alike a window into the process and a peek at what’s to come.

How were you first introduced to Zoo and what attracted you to the project?
Jeff Pinkner: My colleagues and I were brought the book by [producers] James Mangold and Cathy Konrad, and they had already formed an arrangement with James Patterson and CBS to turn it into a series. They were looking for executive producers and writers, so they asked us to read and tell them what we thought. With each of my three partners, we were all, interestingly enough, around page 40 when we all looked at each other and said, “This is a television show!” What we immediately responded to was the basic idea that animals were changing their place in the world and they didn’t have to be beholden to man. It’s such a fantastic, riveting idea. We were hooked right then and there.

When you're turning a book into a TV series, how much of the story do you keep and how much do you adapt?
JP: I think when you adapt material, you want to tell the truth of the book without telling the story of the book. Of course, a book has a beginning, middle, and end, and a TV series will come to its own natural conclusion. It’s impossible to do an adaptation and be completely beholden to the book because there are some things that work well on the page that just won’t work in filmed entertainment. But the idea behind the book and the characters in the book were so strong, we had a really fun leaping-off point.

How does the series satisfy fans of the novel and viewers coming to the story with fresh eyes?
JP: The book and the TV show are similar and different. The Venn diagrams overlap to a significant part of those circles that differ. What’s great about that is, you can go and read the book and love it, and go watch the television show and get entirely different things from it. They diverge and come together at different points. If your first exposure to Zoo is the TV show, go read the book because it’s different. The book has a structural device that is very different than the TV show. At a certain point, [the book] jumps into the future and the television show doesn’t do that. So, relationships change in the book that will develop in the television show but may—or may not—end up at the same place. 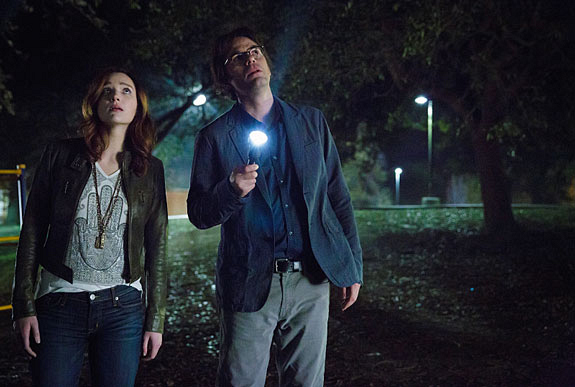 How did you go about developing each character's back story?
JP: We believe it’s very important to love the characters. Therefore, we believe it’s very important for us to know the characters—to know where they’ve been, what they want, what they’re afraid of, where they hope to go and then find out that’s not going to happen because of this journey they’re on.

We know things about the characters and wanted very specifically to treat this show like the five lead characters are the heroes of their own story. So we wanted to be very conscious of giving them all equally rich lives, backstories, relationships, and moments in the show. We designed all of the episodes to make sure all of the characters are equally attended to in the best way. They’re all such good actors that to diminish any of them would be to hurt ourselves.

How did you build chemistry among the actors before filming?
JP: We have five actors who all came together and moved to New Orleans, so that in and of itself is an uprooting. The characters are all uprooted at the beginning of the series, all of them left their homes to go on a journey together. Our actors also all left their homes and went on a journey together. We didn’t do any bonding activities, but just the experience of this… Initially, they’re in pairs or alone, so the actors are having the same experience. You might have nothing in common with the person, but you spent four days alone together and suddenly you feel… It’s just what humans do. They form clans, not unlike animals, which speaks to the theme of the show. 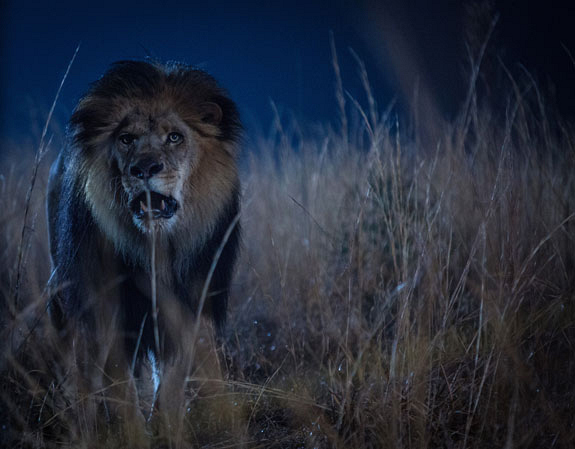 In Zoo, the animals are as important as the human actors. What was it like working with such wild creatures?
JP: All the animals we worked with were trained animals and, yet, they’re animals! As trained as they are, there are times when they’re not going to do what they’re asked to do because they don’t feel like doing it. You’re constantly reminded in an undeniable way that you’re dealing with animals and they’re unknowable and you can believe you’ve got a relationship with them, but they’re not people.

While the series' title might suggest the show is about animals living in an enclosed environment, that's hardly the case, right?
JP: We believe titles are important and titles speak to themes. It’s not an accident that the show is called Zoo. [As humans], we’re no different than the animals. Our planet is akin to a zoo. We all have to share it. Whether or not you are pro- or anti-zoo, specifically, the television show is not about a zoo. The television show is about the planet that all of us animals share together.