How does Young Sheldon deal with frustration? He grabs some cleaning solution and a squeegee and gets to work scrubbing the Coopers' house.

Word to the wise: Don't make Sheldon angry. Because when Sheldon gets angry, he... CLEANS!

In the latest episode of Young Sheldon, "Dolomite, Apple Slices, and a Mystery Woman," Sheldon (Iain Armitage) wants to take a road trip to Houston with his new lady friend, an upperclassman geology enthusiast (Anjelika Washington).

This gets Sheldon pretty steamed. 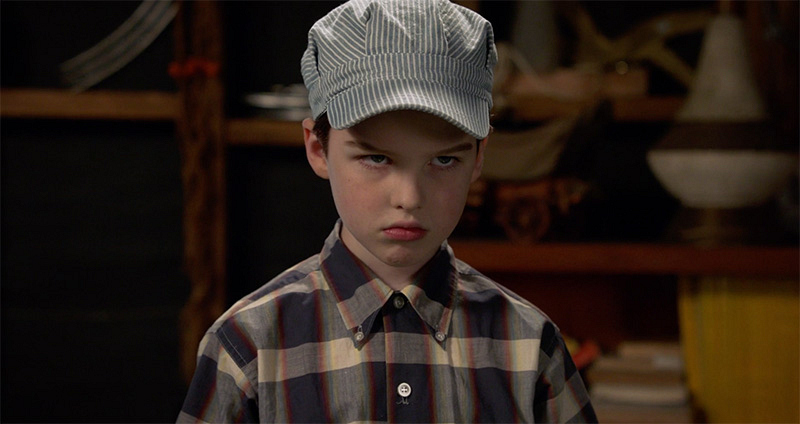 STREAM: Episode 15, Season 1 Of Young Sheldon On CBS All Access

So, what does our young genius do?

He hits the sink to scrub some dishes. Then he cleans Georgie's (Montana Jordan) windows. Then he wipes down the bathroom. Then he vacuums. Then he does some laundry. Then he... Well, you get the idea. 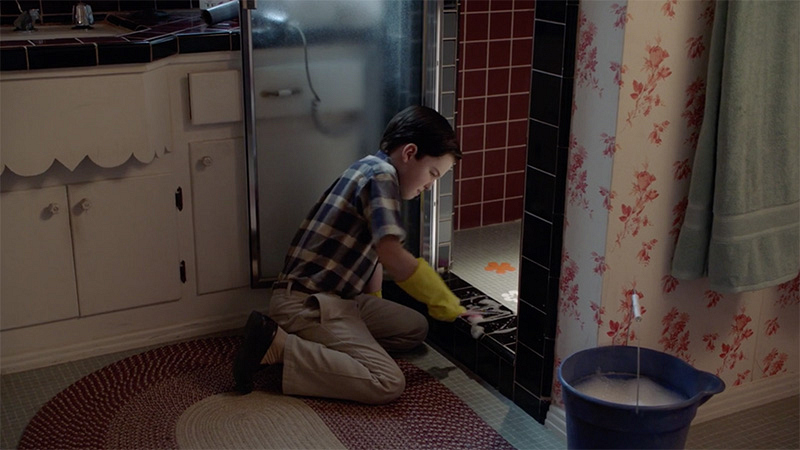 The point is, Sheldon's idea of a temper tantrum is a little different than most kids'.

Watch all-new episodes of Young Sheldon on Thursdays at 8:30/7:30c on CBS and CBS All Access.