How To Watch The Golazo Show, The All New UEFA Champions League Whip-Around Program

Enjoy every goal, every match, every Matchday. The Golazo Show streams live on Paramount+.
With Paramount+ streaming up to six UEFA Champions League matches simultaneously, a little FOMG (fear of missing goals) is natural. When Juve is hosting Barca at the same time Man U takes the pitch at RB Leipzig, it's already a tough choice. Meanwhile, you could also be watching either PSG or Chelsea? Decisions, decisions.

Fortunately, you can catch all of the most thrilling moments as they happen—just sit back and enjoy The Golazo Show, a one-stop-destination for Paramount+ subscribers. The live streaming whip-around program, hosted by Nico Cantor, features every goal on group stage matchdays—and much more!


READ: How To Watch The 2020–21 UEFA Champions League Live On Paramount+

No matter where you're watching from on these jam-packed matchdays, The Golazo Show takes you to every corner of Europe as part of eight hours of live coverage across multiple platforms.

When is The Golazo Show on Paramount+?
Warm up with The Golazo Pre-Match Show, beginning each matchday at 2:30pm ET to recap the two early games and set the stage for the remaining contests. Then, when six (yes, six!) matches kick off at 3:00pm ET, The Golazo Show kicks into high gear with its signature live whip-around coverage. 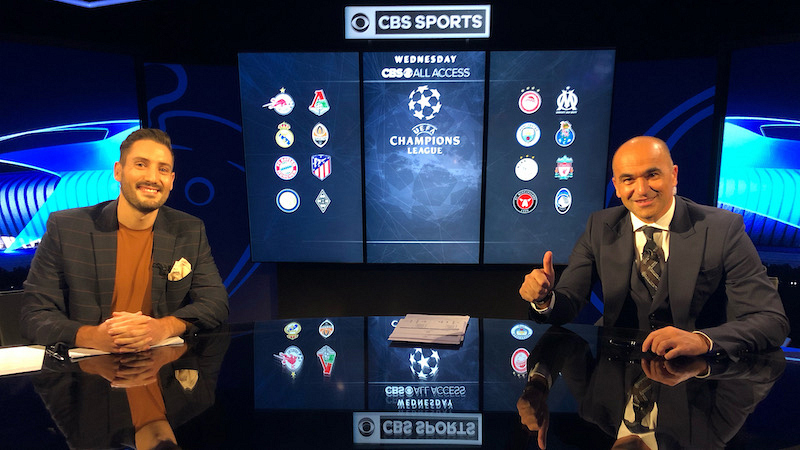 Plus, The Golazo Show will also cover all the action of the UEFA Europa League for one day on Thursday, Dec. 10.

Who is hosting and providing commentary for The Golazo Show on Paramount+?
Alongside your host Nico Cantor, The Golazo Show features expert analysis and commentary from a rotation of analysts throughout the season, including Gus Poyet, Jamie Carragher, Micah Richards, Alex Scott, and Peter Schmeichel.

READ: Everything You Need To Know About The UEFA Champions League

How can I watch The Golazo Show on Paramount+ and which device platforms does it stream on?
It's easy! Just sign up for Paramount+, which is currently available online at CBS.com, on mobile devices via the CBS app for iOS and Android, and on Roku Players, Apple TV, Chromecast, Android TV, Xbox One, PlayStation 4, Fire TV, Samsung Smart TVs, Comcast Flex, Facebook Portal, Vizio Smartcast TVs, LG Smart TVs, Amazon Prime Video Channels, and Apple TV channels.

When The Golazo Show is live, just go to the UEFA Champions League page on Paramount+ and click the live stream. 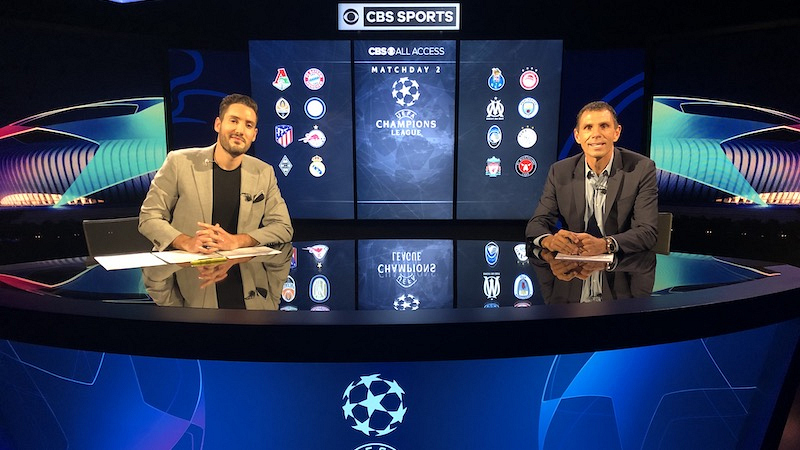 You'll also get access to an ever-growing collection of exclusive original series on Paramount+ that you won't find elsewhere. These currently include the critically acclaimed hit The Good Fight, The Twilight Zone, Star Trek: Picard, Tooning Out The News, No Activity, Why Women Kill, The Thomas John Experience, and more.

Of course, you can stream all current CBS Primetime, Late Night, and Daytime shows. Those current primetime series include NCIS, FBI, The Amazing Race, SEAL Team, All Rise, Young Sheldon, Bob Hearts Abishola, Evil, and The Unicorn, plus upcoming new series like B Positive, The Equalizer, and Clarice. You'll also get every prior season of 14 hit CBS series on demand, including Survivor, NCIS, and Hawaii Five-0

If classics are more your style, Paramount+ offers all of the Star Trek television series, acclaimed hits like Cheers, Perry Mason, and so many others!

READ: How To Watch Shows From BET, Comedy Central, MTV, Nickelodeon, And More On Paramount+

Whatever your preference, Paramount+ has you covered starting at $4.99/month for the Essential Plan, or you can get the Premium Plan for $9.99/month.

Sign up for Paramount+ and enjoy this wide range of entertainment, including all the UEFA Champions League action!