Returning Feb. 10, the hit reality competition show aims to unite by showcasing people who keep the country running.
The hit competition show Tough As Nails returns for its second season on Wednesday, Feb. 10 at 8/7c on CBS and CBS All Access, with an all-new cast of hard-working Americans ready to test their mettle.

STREAM: Catch Up On Tough As Nails Season 1 On CBS All Access

Season 1 introduced viewers to a new type of competition show, one that celebrates the trade skills of everyday people. Folks who don't seek the spotlight, but whose stories Keoghan thinks need sharing: "Real people in real life who are real tough. People who keep our country running, people who maybe we've taken for granted in the past. They make sure the power gets back on, they make sure our toilets are flushing. We wanted to acknowledge those people."

Of course, hearing these stories is all the more important in light of the ongoing COVID-19 pandemic and Keoghan pointed out how many people are more aware than ever of the value of these essential workers. 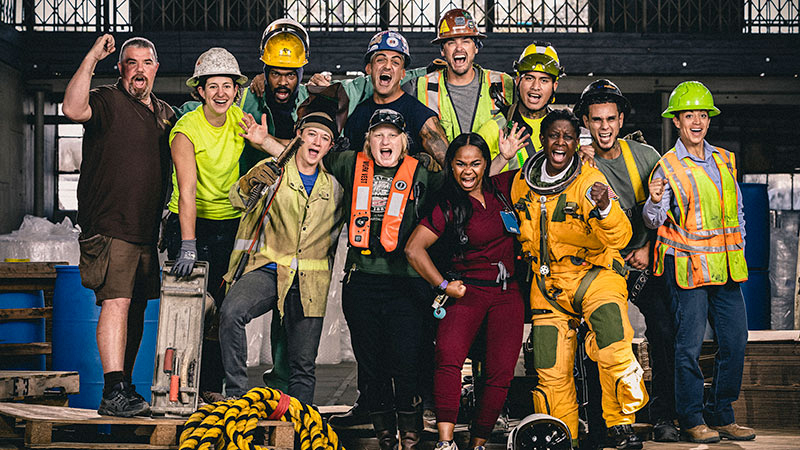 Part of that mission statement comes from its contestants discovering the toughness within themselves, no matter the shape, age, or size of the person. "We're looking to redefine what it means to be tough," added Phil, reflecting on memorable Season 1 cast members like Lee Marshall, a 61-year-old roofer, or Michelle Kiddy, a petite but fierce airline gate agent. "Tough comes in all shapes and sizes and that was something we felt was very important on Tough As Nails, to look for people who have that perfect balance of strength and endurance." 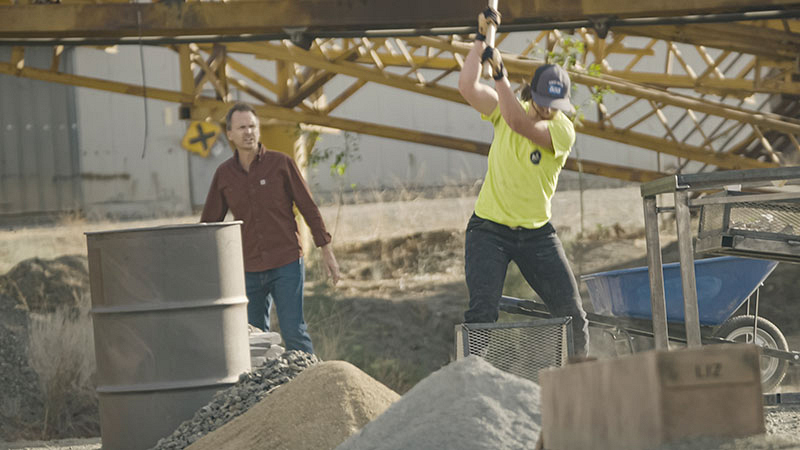 A selection of these impressive contestants joined the Keoghans on the panel, including Season 1 winner Kelly "Murph" Murphy and crew members Linda Goodridge and Young An, as well as upcoming Season 2 crew members Merryl Tengesdal, Iraida Mujica, and Aracelis "Celi" Garcia.

The contestants across both seasons come from a wide range of backgrounds, showcasing how important diversity is to the success of Tough As Nails and the aspirational qualities it strives for. "Our cast are such great role models and we're hearing about young fans who are inspired," said Louise.

Young, a firefighter from Virginia, spoke to this point, "I had friends hitting me up, recording their kids rooting me on. That's pretty dope. Random people messaging me, 'My kids love you, they see someone that looks like them on TV."

With a diverse cast comes topical, relevant conversations, moments the Keoghans refer to as "time in the van" between challenges. "We deal with ageism, sexism, racism," Phil said. "It's important to show these conversations and their resolutions." Viewers may see their own struggles reflected in cast members.

Season 1 champ Murph, a Marine Corps veteran, gave a powerful example of his impact on one viewer in particular. A fan and fellow vet reached out to share the story of how the show inspired this particular viewer to push through depression, looking forward each week to a new episode. 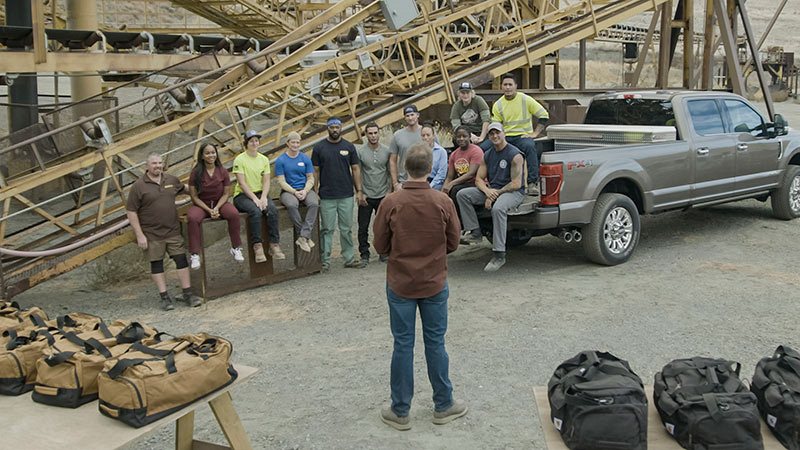 Personal strength aside, the series also explores the strength in teamwork. In Season 1, the two teams, Savage Crew and Dirty Hands, form unbreakable bonds that help pave the way to victories (not to mention group text threads that have extended well beyond the season).

"The show reminded me of being back in the Marine Corps," added Murph. "You're put into a situation where you're thrown into a group of people with a short amount of time to accomplish a mission. We really got to know each other, showed compassion for each other, understanding for each other. As the weeks passed, we just formed a bond that was inseparable."

READ: Who's In The Cast Of Tough As Nails Season 2?

Viewers can be sure these strong interpersonal relationships between contestants are replicated in Season 2. New crew member Merryl, a retired Air Force Colonel, confirmed, "For the Season 2 crew, I think we all took away those lessons from Season 1 and we all tried to work together as a team." 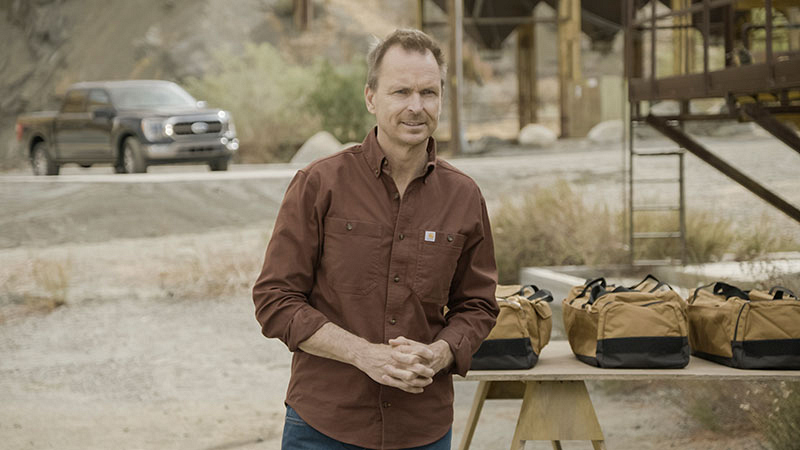 Tough As Nails is unique among reality competition shows in that an eliminated crew member does not leave the show for good. They remain to compete in team competitions and cheer on their teammates. "We're celebrating the human spirit," explained Louise. "It's about working together, and not against each other, for the common good." Phil added, "We felt that was a nice way of not losing these characters we spent so much time to find and they leave in the second episode."

Asked what they considered to be their superpower, each crew member had different answers that all circled the same basic idea: anything is conquerable.

Murph said his success lay in his "ability to put aside fear to get the job done." Young felt his sense of humor and ability to "always stay super chill at stressful times" helped him most. Linda, a lawn care and snow removal specialist, posited that her physical strength may have an endpoint, but her spiritual strength is what takes her the distance.

Season 2 will show us the journeys of the new crew members, but the three representatives of the upcoming season claimed similar lessons.

Merryl said her Air Force training allows her to "quickly look at the situation, analyze it, and then take appropriate action." Railway worker Iraida, explained "you have to have mental strength just to not be scared of anything and give it your all." For traveling nurse Celi, her superpower is an ability to "not show anyone my fear that I might not do this right."

At the end of the day, competing on Tough As Nails is about more than winning the top cash prize or driving home a new truck. Phil sums up the goal behind Tough As Nails best: "If you look at our cast, you'll see people who are half the size of others. It's not always about strength, endurance, and agility. It's about drawing from that inner strength."

Don't miss the Season 2 premiere of Tough As Nails on Wednesday, Feb. 10 at 8/7c on CBS and CBS All Access.