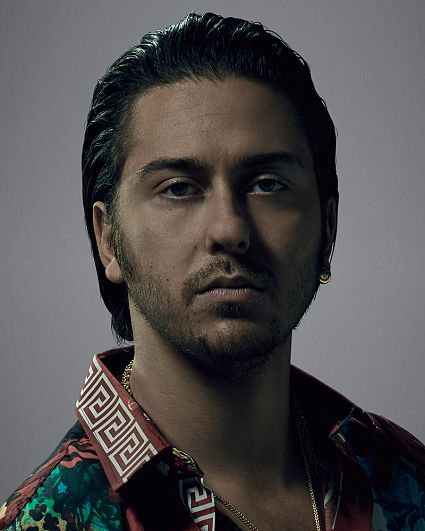 Lloyd Henreid
Nat Wolff
Biography
Best known for his critically praised roles in diverse films such as Palo Alto, Fault in Our Stars, Kill Team, Ashby, and Paper Towns and for making music under the moniker “Nat and Alex Wolff,” actor/musician NAT WOLFF is building his resume as a formidable film and music star, with such feats as a spot on Variety’s Youth Impact list, a BMI award, and as the recipient of the 2015 “Star of Tomorrow” award at CinemaCon.

Opposite Alexander Skarsgård, Nat Wolff led the military action film The Kill Team, which premiered to rave reviews at the 2019 Tribeca Film Festival, with critics exclaiming: ”Nat Wolff, in a star-making performance...delivering an emotionally mesmerizing performance as the petrified Andrew,” “a superb performance… Nat Wolff delivers a complex, deeply sympathetic turn as the young man who wants to reveal what’s going on but becomes afraid for his life if he does,” “Even if Nat [Wolff] never uttered a single phoneme in The Kill Team you'd know where Briggman is emotionally at any moment… Most actors would kill for that talent,” and “Wolff disappears into the character, with the inscrutability on his face proving a powerful counterpoint to the increasingly gray situations he is confronted with.”

Next up, Wolff will appear in Gia Coppola’s Mainstream. Having made its world premiere at the September 2020 Venice Film Festival, the buzzy film also stars Maya Hawke, Alexa Demie, and Andrew Garfield. Releasing on December 17th, The Stand will reunite Wolff with Skarsgard in the CBS All Access Stephen King adaptation. Additionally, Wolff is set to make his directorial debut with Youngest, a short film that will star June Van Patten, Austin Abrams and Michael Gandolfini. He will also star in comedic-drama Good Posture, alongside Grace Van Patten and Emily Mortimer.

Previously, the 2018 independent film Stella’s Last Weekend, directed by mother, Polly Draper, reunited Wolff on-screen with his brother Alex; in addition to starring in the film, the brothers wrote and performed feature songs for the soundtrack. But this wasn’t the first time the family collaborated for a major project.

In 2005, Nat and Alex Wolff were introduced to the world in the Polly Draper written and directed film The Naked Brothers Band. A mockumentary based on the band Nat had with his brother and friends from preschool. In turn, the movie inspired the multi-season hit Nickelodeon show of the same name, which earned the network’s best debut ratings in seven years. The popular series followed a fictionalized version of the Wolff brothers as they rehearsed, performed and navigated their far from ordinary teen lives. Nat and Alex wrote and performed all the music themselves. Nat is the youngest songwriter (6 years old) to have a chart topping single, “crazy car”. Following the success of the show, the musical duo continued to release music under the moniker Nat & Alex Wolff. And have gone on countless tours around America. Their latest songs are currently available on iTunes, with their newest single “Glue” releasing in August 2020.

Following his successful NBB stint, Wolff continued to delight audiences in popular movies such as: The Fault in Our Stars, which grossed over $300 million worldwide in which critics called Wolff’s performance “outstanding”; Paper Towns where critics called Wolff’s performance “terrific” FOX’s film adaptation of the John Green best-selling novel, which re-united him with The Fault in Our Stars team; and Palo Alto, directed and adapted by Gia Coppola from James Franco’s collection of short stories where critics said Wolff was a “true find and a star in the making” and called his performance the movie’s “twisted soul” and earned him comparison’s to Robert De Niro’s performance in Mean Streets with “just the right kind of dangerous charisma”.

As an actor in the theater, Wolff worked at the Flea Theater as a child actor and made his off-Broadway debut in February 2016, co-starring in the New Group production of Sam Shepard's Pulitzer Prize-winning play Buried Child opposite Ed Harris, Amy Madigan, and Paul Sparks. New York Times called his performance “beautiful.”