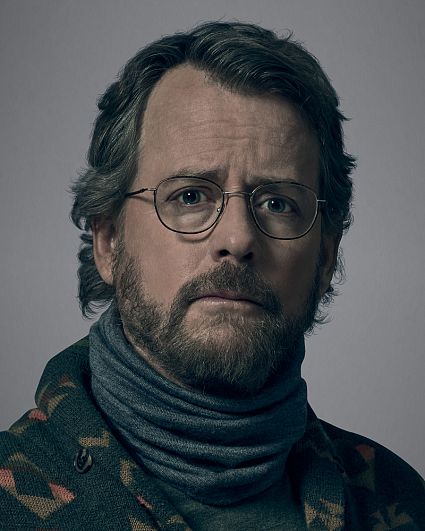 Kinnear will also be seen starring in The War of the Worlds and Misbehaviour, and will next be seen in Dreamland, which is scheduled for release in 2021.

Kinnear also recently starred in the big screen adaptation of Same Kind of Different as Me opposite Renée Zellweger, and in Brigsby Bear, which premiered at the 2017 Sundance Film Festival. The same year, Kinnear completed production on his feature directorial debut The Philosophy of Phil. The actor/director portrays a dentist whose life is falling apart as he struggles to find his path after a patient who seemed to have it all unexpectedly commits suicide. Emily Mortimer, Luke Wilson, and Jay Duplass star alongside Kinnear in this dark comedy based on a screenplay by Stephen Mazur.

On the small screen, Kinnear was previously seen in the sixth season of Netflix’s award-winning political drama, House of Cards opposite Robin Wright and Diane Lane, Amazon’s sci-fi anthology series, Electric Dreams, based on the works of Philip K. Dick, and in the Emmy®-nominated HBO film Confirmation opposite Kerry Washington. The film takes a closer look at the nomination of Judge Clarence Thomas to the United States Supreme Court and the controversy that ensues when former colleague, Anita Hill, testifies that he had sexually harassed her. Kinnear takes on the role of current Vice President of the United States Joe Biden, who at the time was Chairman of the Judiciary Committee.

In 2012, Kinnear’s guest starring role on the award-winning ABC hit-series Modern Family, as Phil’s (Ty Burrell) inappropriate boss Tad, earned him an Emmy Award® nomination in the category of “Outstanding Guest Actor in a Comedy Series.”

His performance as John F. Kennedy in The Kennedy’s earned him an Emmy Award® nomination for “Best Lead Actor in a Miniseries or Movie” and a Screen Actors Guild (SAG) Award nomination for “Outstanding Performance by a Male Actor in a Television Movie or Miniseries.” The mini-series was directed by Jon Cassar and co-starred Katie Holmes and Barry Pepper.

In 2006, Kinnear starred in Little Miss Sunshine, the critically-acclaimed hit of the Sundance Film Festival. Lauded by critics nationwide, the film went on to receive several Academy Award® nominations and Independent Spirit Awards wins, while Kinnear, along with Steve Carell, Alan Arkin, Abigail Breslin, Paul Dano, and Toni Collette, won the Screen Actors Guild Award for “Outstanding Performance by a Cast in a Motion Picture.”

In 1997, Kinnear starred alongside Jack Nicholson as his unfortunate neighbor Simon in James L. Brooks' Academy Award® nominated film As Good as It Gets. His performance garnered him not only an Academy Award® nomination, but earned him the honor of being named “Best Supporting Actor” by the National Board of Review; he was also nominated in the same category at The Golden Globes® and The Screen Actors Guild Awards that year. Next, he co-starred in Nora Ephron's romantic hit comedy You’ve Got Mail with Tom Hanks and Meg Ryan. Kinnear made his feature film debut in the Sydney Pollack-directed remake of Sabrina, in which he co-starred with Harrison Ford and Julia Ormond. His performance prompted the trade organization of the movie theatre owners to name him NATO ShoWest's Star of Tomorrow.

Additional film credits include: Anchorman 2: The Legend Continues, the sequel to the 2004 hit comedy starring Will Ferrell, Steve Carrell and Paul Rudd. Heaven Is for Real, The English Teacher opposite Julianne Moore, Stuck In Love alongside Jennifer Connelly and Lily Collins, Thin Ice opposite Alan Arkin and Billy Crudup, Douglas McGrath’s I Don’t Know How She Does It, Salvation Boulevard opposite Jennifer Connelly and Marisa Tomei, Paul Schrader's Auto Focus, Invincible opposite Mark Wahlberg, Richard Linklater's Fast Food Nation based on the best-selling book by Eric Schlosser, Paul Greengrass’ Green Zone, Ghost Town opposite Ricky Gervais, Feast of Love directed by Robert Benton and co-starring Morgan Freeman, Mike Nichols' What Planet Are You From? with Garry Shandling and Annette Bening, and a cameo role as “Captain Amazing” in Mystery Men, as well as The Matador, Bad News Bears, We Were Soldiers, HBO's Dinner With Friends, Someone Like You, Stuck on You, The Gift, Unknown, Nurse Betty and Baby Mama.

Kinnear grew up virtually all over the world as his family followed his State Department father to disparate locales such as Logansport, Indiana; Washington, D.C.; Beirut, Lebanon; and Athens, Greece. He currently resides in Los Angeles with his wife and three daughters.