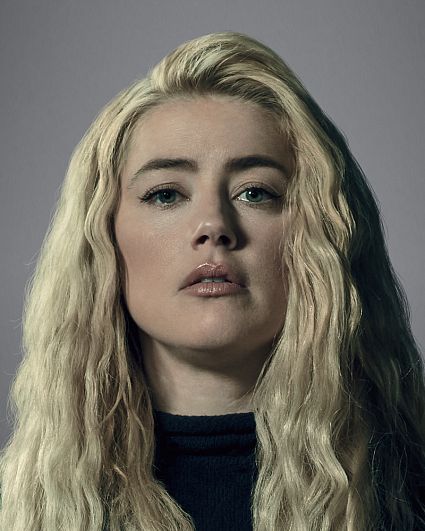 Nadine Cross
Amber Heard
Biography
Amber Heard is an actress and activist whose passion for enriching lives continues from the screen to real life.

Heard is currently in production for Stephen King’s adaptation of The Stand on CBS All Access. She will star alongside James Marsden and Whoopi Goldberg. This past year she appeared in Nabil Elderkin’s Gully, opposite Charlie Plummer, which premiered at the Tribeca Film Festival.

Heard was also seen in Alex Ross Perry’s Her Smell, opposite Elisabeth Moss, which premiered at the 2018 Toronto and New York Film Festivals.

Heard starred in Tom Hooper’s The Danish Girl, opposite Eddie Redmayne. The film premiered to rave reviews at the Venice and Toronto Film Festivals and was released by Focus Features in January 2016. In 2015, she had two films premiere at the Tribeca Film Festival, The Adderall Diaries opposite James Franco, and When I Live My Life Over Again opposite Christopher Walken.

Heard also uses her platform to advocate for human rights issues as an activist and philanthropist. In 2003, Heard started working with The Art for Elysium, which introduced her to the Children’s Hospital Los Angeles. A longtime supporter of women’s rights and a prominent voice in the LGBTQ community since 2006, Heard actively involves herself with organizations like the Human Rights Campaign and Equality Now. In partnership with Amnesty International, Heard has traveled to the Mexican border to provide humanitarian assistance as a translator, and she works with the Syrian American Medical Society to bring humanitarian aid to Syrian refugees throughout the Middle East.

Continuing to expand her spheres of influence, Heard recently became L’Oréal’s newest Global Spokesperson and works to spread their mantra that all women are “worth it.” As a Human Rights Champion of the United Nations Human Rights Office, Heard continues to use her voice gained as an actress to champion human rights for all.