The Good Fight Is Renewed For Season 5

Currently in the midst of its fourth season, all-new episodes of the critically acclaimed series drop weekly on Thursdays, exclusively for CBS All Access subscribers.

Season 4 will conclude with Episode 7 on Thursday, May 28, as production was halted in early March due to the pandemic.

"The Good Fight remains one of the most beloved and critically acclaimed original series on CBS All Access, and we've seen a tremendous response from fans this season," said Julie McNamara, Executive Vice President and Head of Programming, CBS All Access.

McNamara adds, "While we all had hoped to provide audiences with a 10-episode fourth season, we, among many others, have had to adapt due to the pandemic. Although it's a shortened season, the incredible cast and crew, helmed by the incomparable Robert and Michelle King, have produced a phenomenal seven episodes. We can't wait for viewers to see the remainder of the season and are excited to bring subscribers even more of the timely, gripping storylines the Kings bring to life next in Season 5." 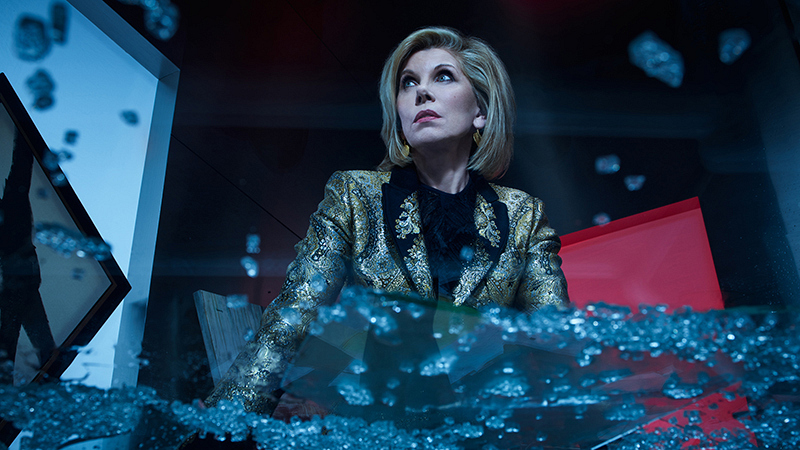 Suddenly, all of their decisions can be second-guessed by the giant firm that is literally on top of them. While STR Laurie initially seem like benevolent overlords, Diane Lockhart and her colleagues chafe at their loss of independence while simultaneously investigating the emergence of a mysterious “Memo 618.”

"It's been weird to not be able to finish the fourth season," said Robert and Michelle King. "It left the story in even more absurd a place than usual. So we're thrilled that CBS All Access wants to bring The Good Fight back for an additional season, and we know what story we're planning to tell. It's like getting the answers to the SAT ahead of time."

WATCH: The Good Fight Cast And Crew Virtually Come Together To Sing "You Are My Sunshine"

Stream all-new episodes of The Good Fight Thursdays on CBS All Access.