Here's Why You Need To Binge The Good Fight Now

If you haven't witnessed this riveting legal drama yet, here are all the reasons why you should.

There's a lot of great TV out there—so much so, that when you're thinking about what to binge-watch next, selecting a new show can be a daunting decision.

Well, allow us to make the choice an easy one!

Legal dramedy The Good Fight, which is available to stream exclusively on CBS All Access, is rife with excuses reasons to hit the sofa and not get up for, oh, an entire weekend.

STREAM: Full Episodes Of The Good Fight, Exclusively On CBS All Access

Here's why The Good Fight should be the next series you binge-watch.

The Good Fight picks up where The Good Wife left off.
When creators Robert and Michelle King wrapped The Good Wife in 2016, they definitely weren't done telling stories about the world of Chicago law.

That's why, a year later, they got Christine Baranski, who portrayed powerhouse litigator and statement-necklace queen Diane Lockhart on The Good Wife, to reprise her role and lead a talented cast on the show's follow-up, The Good Fight. 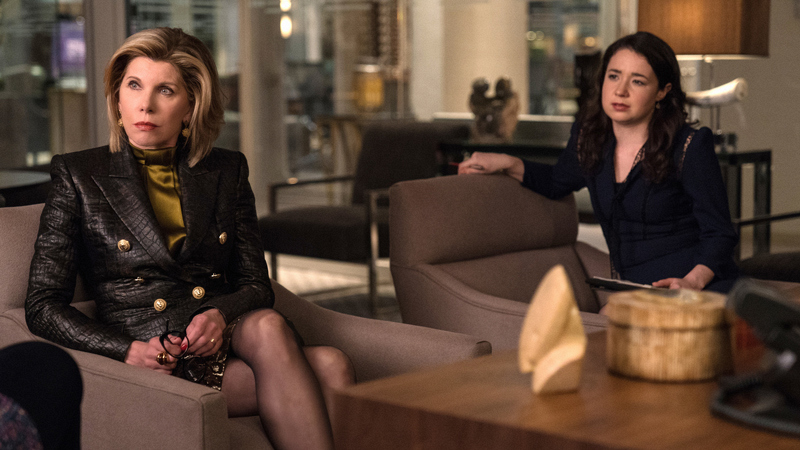 In the Season 1 premiere, we meet back up with Diane, who has recently decided she's ready to leave the law and retire; however, just as she's about to buy her dream house in France, she discovers her personal empire has come tumbling down after her savings are lost in a Madoff-esque Ponzi scheme.

Forced to delay retirement and build back her nest egg, she rebuilds her career and reputation at an African-American-majority firm, which also happens to be the workplace of rising-star attorney Lucca Quinn (Cush Jumbo, a guest star from Season 7 of The Good Wife). 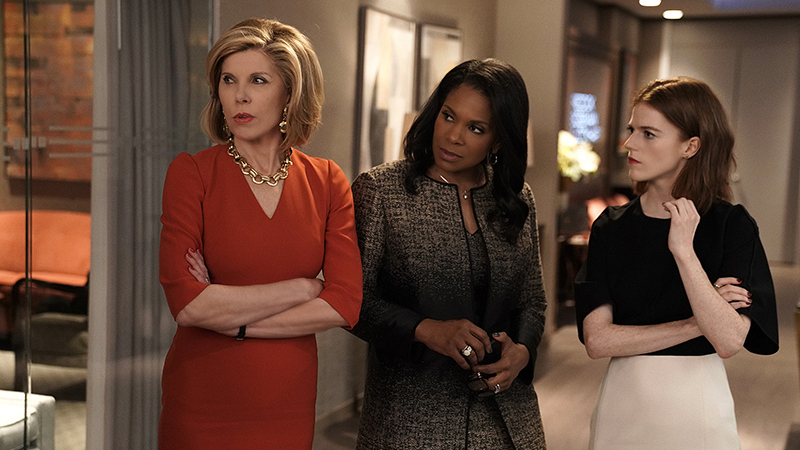 Women get the job done.
The Good Fight cast is filled with a mighty group of astute, confident, and complex women who command the room and aren't afraid to get what they want, personally and professionally.

Of course, there's Diane and then Lucca, a stubbornly brilliant lawyer who doesn't mince words with her clients or her colleagues; Maia Rindell (Rose Leslie), Diane's goddaughter and recent law-school grad; Marissa Gold (Sarah Steele), a quick-witted investigator-in-training; and, in Season 2, the firm's newest edition, Liz Reddick-Lawrence (Audra McDonald), a formidable former AUSA who also happens to be the ex-wife of boss Adrian Boseman (Delroy Lindo). 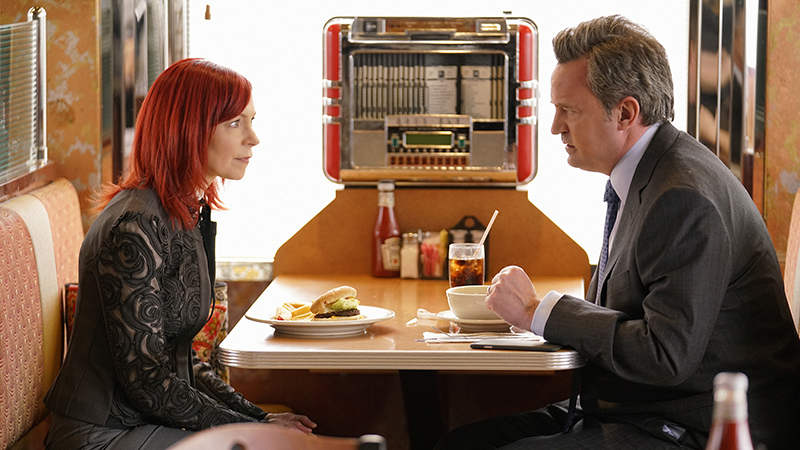 The guest stars are out of control.
The Good Fight welcomes back tons of familiar faces from The Good Wife and beyond.

Here are some more familiar faces that pop up throughout the series:

- Jerry Adler as Howard Lyman, a sweetly inept former Lockhart/Gardner partner, who has inexplicably become a judge—much to Diane's shock

- Jason Biggs as Dylan Stack, a digital-rights lawyer who famously involved Lockhart/Gardner in a complex Bitcoin case on The Good Wife

And that's only the beginning! 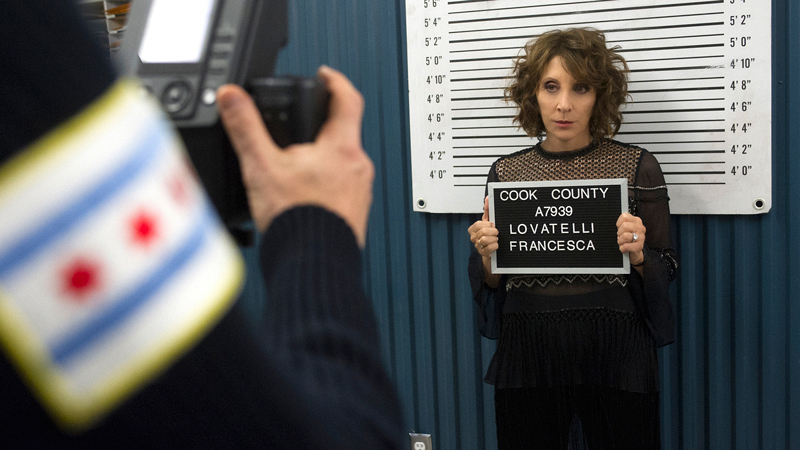 The fashion is always on point.
Thanks to Costume Designer Dan Lawson's brilliant eye, every character on The Good Fight is consistently dressed to impress.

For starters, Cush Jumbo always dons sharp, dress-for-the-job-you-want dresses that communicate her no-nonsense disposition. With a wardrobe this crisp, there's no doubt that her character, Lucca, is gunning for the partner track. 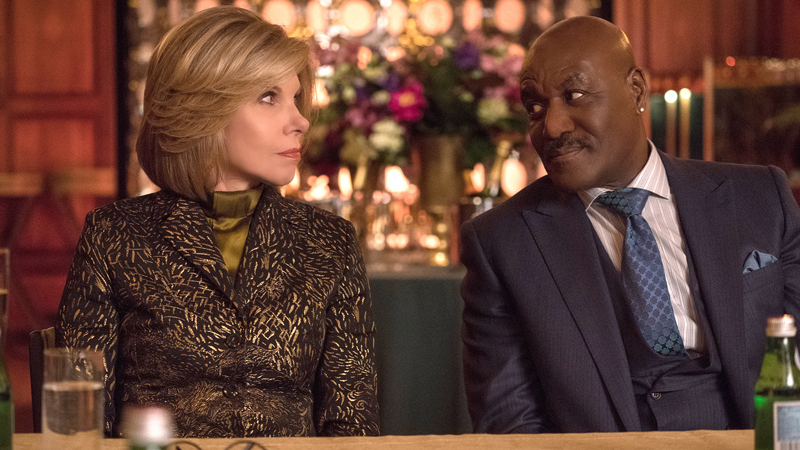 Another clotheshorse is Christine Baranski, who cemented her fashion sensibilities on The Good Wife with a series of standout statement necklaces and broaches, signifying her character's refusal to give up against all odds.

On The Good Fight, however, she turns her style up to 11, thanks to some artfully constructed, multicolored blazers and creatively paired fabrics and patterns—a subtle nod to her character's growing inner-turmoil.

It's dramatic—but also absurdly funny.
Showrunners Robert and Michelle King have always had a thing for absurdist humor, but things really go off the rails in Season 2 of The Good Fight.

No spoilers here, but let's just say that Jane Lynch's FBI office window doubles as a bull's eye for birds. Plus, keep your eyes peeled for a Schoolhouse Rock-inspired lesson on the Constitution and presidential impeachment.

There's still time for a little romance.
The Good Fight may spend a lot of time in the courtroom, but it also takes the time to explore its characters' personal lives—like the much-beloved on-again, off-again relationship between Diane and Kurt (Gary Cole), which originally unfolded on The Good Wife. 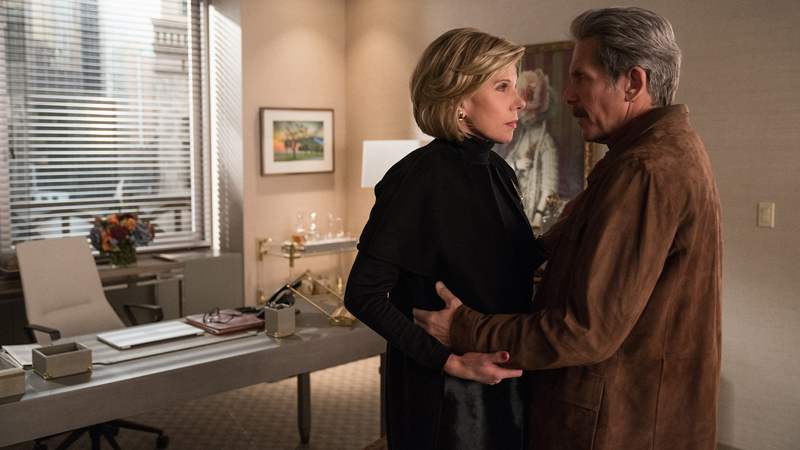 Fans love these two so much in fact, they've given the couple a special hashtag, #McHart, that combines their names (McVeigh and Lockhart). As they should! As you can see in this video chronicling their relationship, Kurt and Diane are an opposites-attract love story for the ages.

(Kurt is a staunch conservative outdoorsman who is always trying to get Diane out of the city, and Diane is an indoorsy, ultra-liberal idealist who values her independence over all else.)

WATCH: Here's Why Opposites Attract For The Good Fight Couple Diane And Kurt

Elsewhere in the series, Maia fights to save her crumbling long-term relationship with live-in girlfriend Amy (played by Heléne Yorke), and, try as she might, Lucca can't ignore the crackling chemistry she shares with Colin Morrello (Justin Bartha), a feisty AUSA. 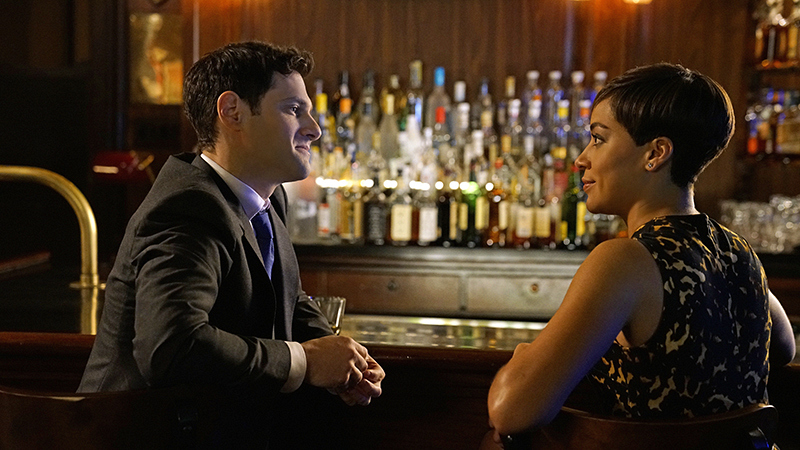 Well, now that we've briefed you on all the many reasons to watch The Good Fight, there's really only one thing left to do: Find the nearest couch, pop a bag of popcorn, and plant your heinie down for a proper binge-fest.

We'll leave you to it!

Seasons 1 and 2 of The Good Fight are now streaming, exclusively on CBS All Access.