A compelling new legal drama, The Code takes you into the world of elite JAG (Judge Advocate General) attorneys with the U.S. Marines on Mondays at 9/8c on CBS and CBS All Access. 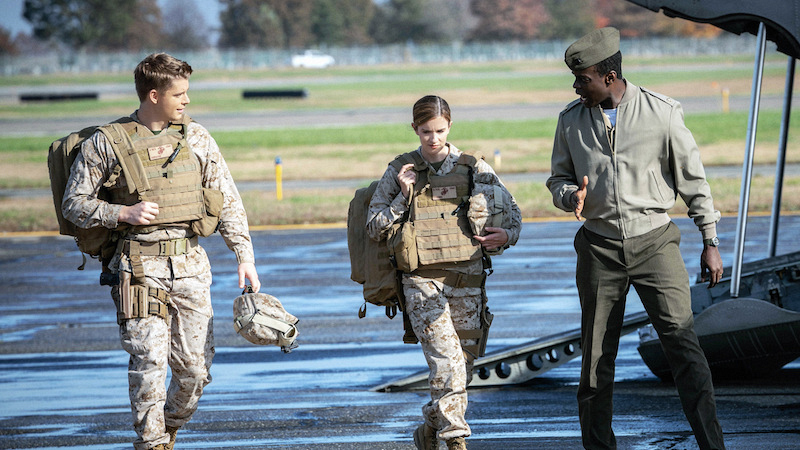 You can expect these warriors to be prepared whether heading into the courtroom or the battlefield. We'll prepare you for The Code with this SITREP (situational report)...

What's The Code about?
Perfect for fans of both legal and military dramas, The Code is about the military's brightest minds tackling unique challenges. Always known for their can-do attitude in service of our country, these are active duty Marines like any other—except each must also be able to handle assignments as a prosecutor, defense lawyer, or investigator depending on the case.

When you enter their world through The Code, you'll be proud of what you see. As a team, these elite officers work together with integrity, often putting aside their personal ideals for the sake of justice at home and abroad.

Who's in the cast of The Code?
Luke Mitchell stars as Captain John "Abe" Abraham, a driven prosecutor with a long family tradition in the Marines—a responsibility he treats with devotion and passion.

Anna Wood stars as Captain Maya Dobbins, the fearless lead defense attorney who is never hesitant to go up against one of her own, but also a team player if it means finding the truth.

Ato Essandoh stars as Major Trey Ferry, Abe's eloquent and wise superior officer who works for the prosecution and is fierce in the pursuit of suspects. 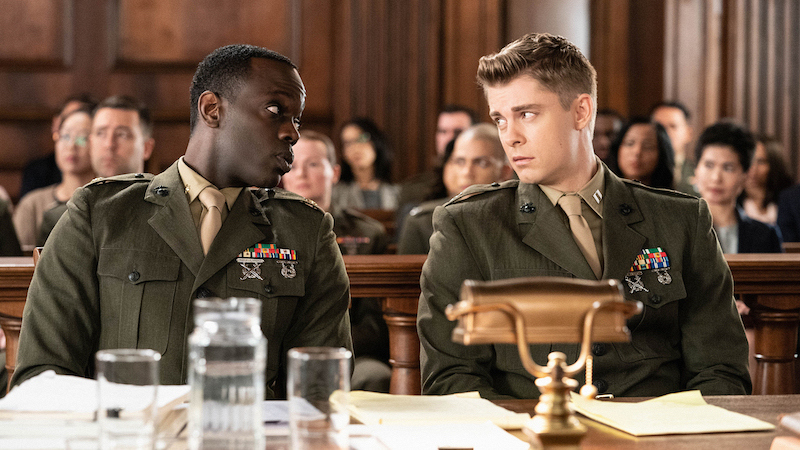 Dana Delany stars as Colonel Glenn Turnbull, one of the highest-ranking female officers in the Judge Advocate Corps. She demands excellence of herself and her staff, while inspiring intense loyalty.

Phillipa Soo stars as Lieutenant Harper Li, a highly capable lawyer who is eager to take on bigger cases and brings some tech-savvy.

Raffi Barsoumian stars as Warrant Officer Rami Ahmadi, an efficient Marine who serves as the JAG equivalent of a paralegal.

When is The Code on?
Watch all new episodes of The Code on on Mondays at 9/8c on CBS and CBS All Access.

How can I watch The Code?
In addition to being broadcast on your local CBS station (check here for listings and a complete schedule), The Code is available for streaming and on-demand with CBS All Access.

What does "The Code" mean?
The series name The Code refers to the Uniform Code of Military Justice, a federal statute that lays the groundwork for military justice in the United States and wherever our armed forces operate. After swearing an oath to uphold and defend the Constitution, these JAG officers get into the real brass tacks of the law when they uphold The Code.

What else do I need to know about The Code?
Do you like the NCIS franchise? Have you been enjoying The Good Fight? If so, The Code should be right in your wheelhouse! With executive producers from series like The Good Wife and Limitless, you can expect sharp dialogue, witty banter, and nuanced legal cases with big twists. Of course, CBS is known for hit military dramas and you can look forward to more of what you love when you watch The Code.

When you think you’re a photobomb expert but then your mate gives a surprise masterclass... @AtoEssandoh #TheCode pic.twitter.com/CZtavWDQSL

The series is set in DC and Virginia (Quantico), though these Marines will find themselves on duty around the globe. The Code primarily films in New York.

What else can I stream on CBS All Access?
Subscribers to CBS All Access get full episodes of The Code and other major primetime shows like NCIS, SEAL Team, Survivor, Big Brother, and much more—streaming at their regular time periods or available to enjoy on demand. You'll also get live sports and special events, plus an enormous library of classic series like The Good Wife, JAG, and Mission Impossible.

Of course, you'll also be the first to stream exclusive CBS All Access Original series like The Good Fight, Star Trek: Discovery, and The Twilight Zone.

After that, it's only $5.99/month with limited commercials or $9.99/month commercial-free.

Watch all new episodes of The Code on on Mondays at 9/8c on CBS and CBS All Access.