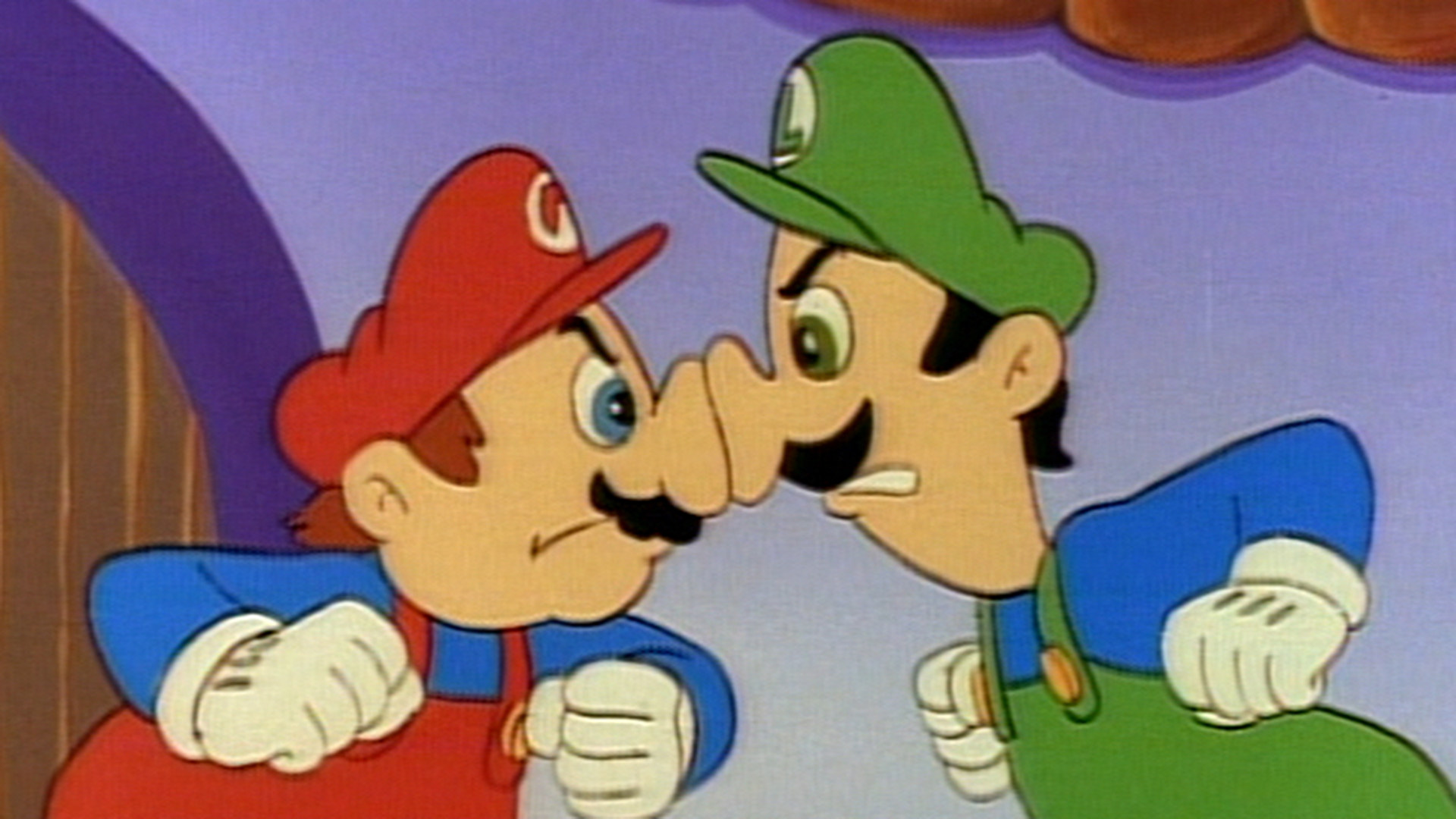 Use the form below to send us your comments. If you are experiencing problems, please describe them.
Player Help | Paramount+ Help
S1 E6 23min  TV-Y7
A grudging hostility is aroused between the Brothers when they are Kooped up in Toad's cottage due to a rain storm outside. Their tempers flare and the Brothers face off, vowing to de-brotherize themselves and go their separate ways. Luigi flees into the storm which is the work of King Koopa, who is flushing the gold coins out from the Underground Pipe World. // Using Cheatsy Koopa's wand, King Koopa sucks the TV hero "Mighty Plumber" from the television set, and then tells the crusader the Mario Brothers are evil, and want to steal Pipeland's gold! Koopa asks Mighty plumber to help him move the gold into King Koopa's castle, where it will be safe. Mighty Plumber attacks the Mario Brothers when they try to stop Koopa, but when King Koopa tries to run away with the gold Mighty Plumber realizes his mistake. Air Date: Oct 13, 1990
Now Streaming