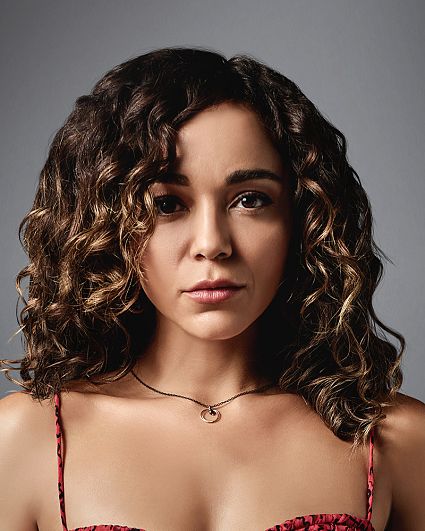 Simone
Ashley Madekwe
Biography
Originally from London, England, Ashley Madekwe has quickly become one of Hollywood's most sought-after talents with several new projects on the horizon. She was most recently seen in the Netflix superhero series The Umbrella Academy alongside Ellen Page and Mary J. Blige, which is based on the comic book series created and written by Gerard Way. She is also set to star in TNT's upcoming drama series Tell Me Your Secrets later this year, and recently announced a role in Hulu's limited romantic comedy series Four Weddings and a Funeral, written and executive produced by Mindy Kaling.

Additionally, she can be seen in the drama film County Lines starring opposite Harris Dickinson. Madekwe made her USA debut starring in The CW's drama series The Beautiful Life, and soon after portrayed fan favorite Ashley Davenport in the ABC drama series Revenge. Madekwe starred on the show for two seasons. Next, she starred in Salem for three seasons, WGN America's first original scripted series, from Brannon Braga, Adam Simon, and Fox21. Set in the volatile world of 17th century Massachusetts, it explored what really fueled the town's infamous witch trials. Madekwe portrayed Tituba, Salem's most powerful witch.

Ashley landed her first film role in Lennie James's Storm Damage as a teenager, after which she won a place at London's Royal Academy of Dramatic Art. She graduated from RADA in July 2005.

Despite a classical training and significant body of stage work, Ashley is most recognized for her television roles. Most notably she played Bambi in Secret Diary of a Call Girl shown in both the UK and USA. In the UK, she has played leading roles in W10 LDN, Drop Dead Gorgeous, Trexx and Flipside, and Raising Baby Rio, to name a few.