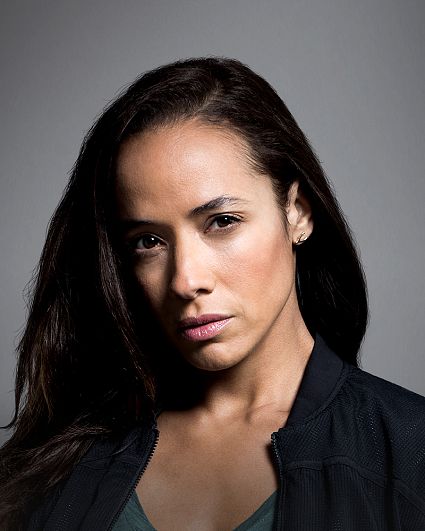 A talented and versatile actress, Dania Ramirez has become a highly sought-after performer for both film and television.

Recently, Ramirez starred as Cinderella on the popular ABC series Once Upon A Time, and she brought a fresh and engaging presence to the program. Already a fan favorite after just one season, her character had exciting and surprising storylines when the series returned for its final season in early 2018.

In addition to her television work, Ramirez is a film producer and recently co-produced and starred in the feature film Lycan in the role of Isabella Cruz. The fascinating story tells the tale of six college kids in a sleepy Southern town who set in motion a horrific fate when they unwittingly tackle the legend of Emily Burt, the Talbot County Werewolf.

Also, she produced and co-starred in Off the Menu, a romantic comedy which uniquely combines the passions of both love and food. Ramirez plays Javiera Torres, a local chef whose authentic and unique cooking attracts foodies from all over. The film shot on location in New Mexico and is directed by Jay Silverman. Additionally, Ramirez was cast in the DC Universe animated movie Suicide Squad: Hell to Pay as the voice of Scandal Savage.

Her other film credits include Mojave, opposite Mark Wahlberg, and Premium Rush, opposite Joseph Gordon-Levitt and Michael Shannon. Also, she was seen in American Reunion, Quarantine, the live-action movie version of the classic animated series Fat Albert, and in the third installment of the X-Men franchise, X-Men: The Last Stand. Ramirez made her feature film debut in Spike Lee’s The Subway Stories for HBO and subsequently was seen in two additional Spike Lee projects, 25th Hour and She Hate Me.

Ramirez has impressive television credits, including the critically acclaimed HBO drama The Sopranos as Blanca, which garnered her a SAG Award for Outstanding Performance by an Ensemble in a Drama Series. Also, she regularly appeared in the NBC cult hit Heroes and in HBO’s award-winning Entourage.

Before joining Once Upon A Time, Ramirez starred in the popular Lifetime television series Devious Maids as one of four Latina maids working for the rich and famous in Beverly Hills who have dreams and ambitions of their own. Eva Longoria and Desperate Housewives creator Marc Cherry served as executive producers.

Born in the Dominican Republic, Ramirez was raised by her grandmother until she moved to New York City at the age of 10 and reunited with her parents. She studied at Monclair State University, where she graduated with a bachelor’s degree in communications and was a star volleyball player. Ramirez began modeling in New York and was named the face of CoverGirl where she appeared in the brand’s advertising campaign for two years running. Also, she appeared in the CIROC “Luck Be a Lady” campaign with Sean "P Diddy" Combs that was shown around the world. Ramirez got her show business break when Jay Z cast her in his music video "Streets Is Watching."