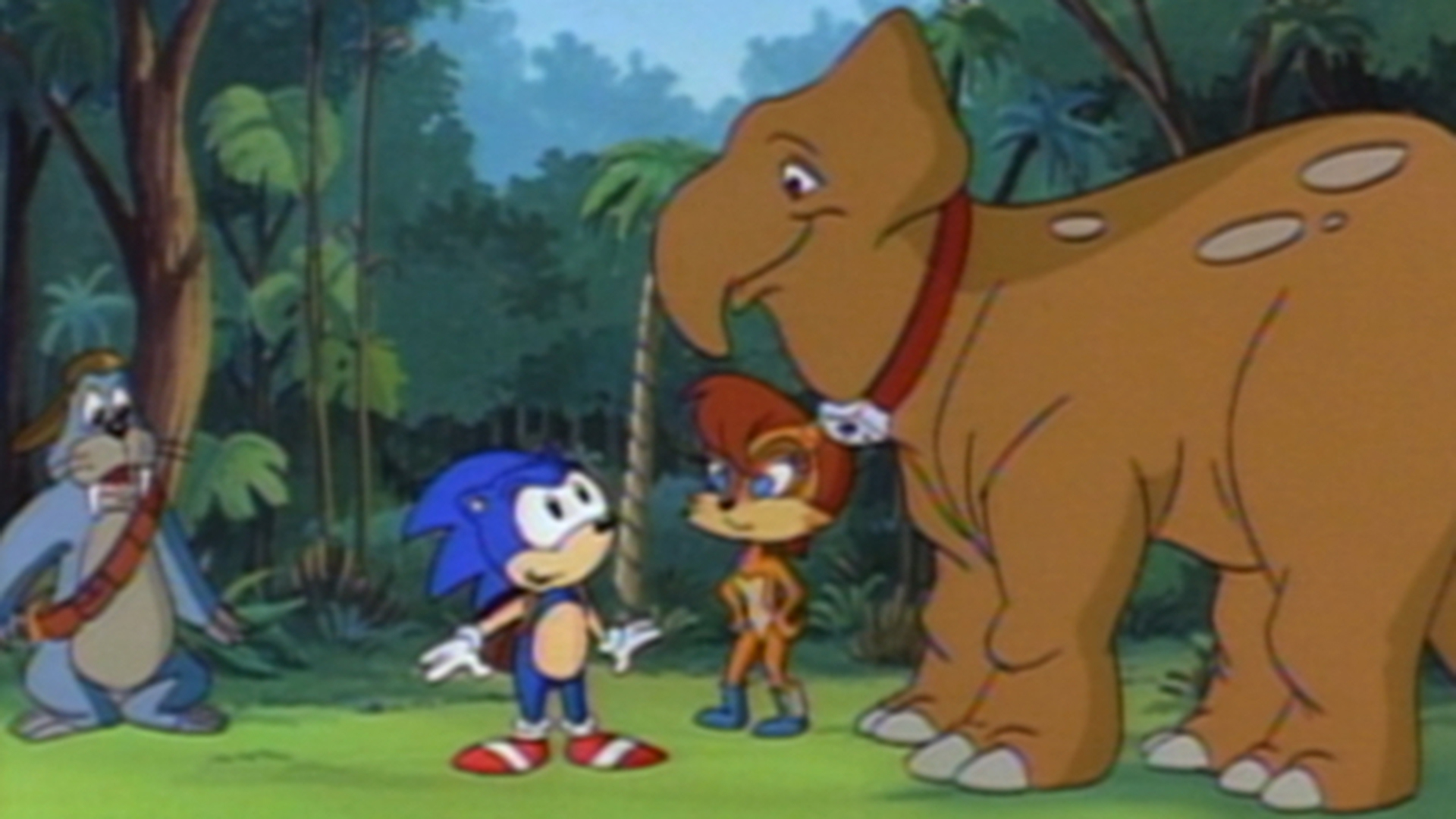 Use the form below to send us your comments. If you are experiencing problems, please describe them.
Player Help | Paramount+ Help
S1 E13 23min  TV-Y7
Tails brings a new friend home to Knothole - a baby Terra-Pod who has strayed from the herd that is currently migrating. Sonic, Sally, and some of the other Freedom Fighters return the Baby-T to its mom and the rest of the herd as they pass by Knothole on their migration run. However, Sally realizes that the herd is going in the wrong direction. Something is wrong. Robotnik is trying to capture the pods as they are the final animal species on Mobius to be roboti-sized. Things get dicey when the herd decides to head into the mysterious unchartered Great Jungle, where few who have entered ever return. Sonic foils Robotnik's attempts to capture Baby-T's mother, rescues all the Freedom Fighters and terra-pods from an imprisoning force field and survives the dangerous plant life of the Great Jungle. Air Date: Dec 11, 1993
Now Streaming