How To Watch The In Between, Joey King's New Movie Streaming On Paramount+

The In Between stars Joey King as Tessa, a teenage girl whose life changes when she has a chance encounter with Skylar (played by Kyle Allen), a senior from a neighboring town. Their romance must transcend more than just tragedy—but our understanding of this very realm.

When does The In Between premiere?
The new movie premieres on Friday, Feb. 11, exclusively for Paramount+ subscribers in the U.S.

It's directed by Arie Posin (The Face of Love) and based on an idea by Marc Klein (Serendipity), who penned the script. The movie is produced by Robbie Brenner (Dallas Buyers Club), Andrew Deane (The Double), and Joey King. Executive Producers are Marc Klein and Jamie King. 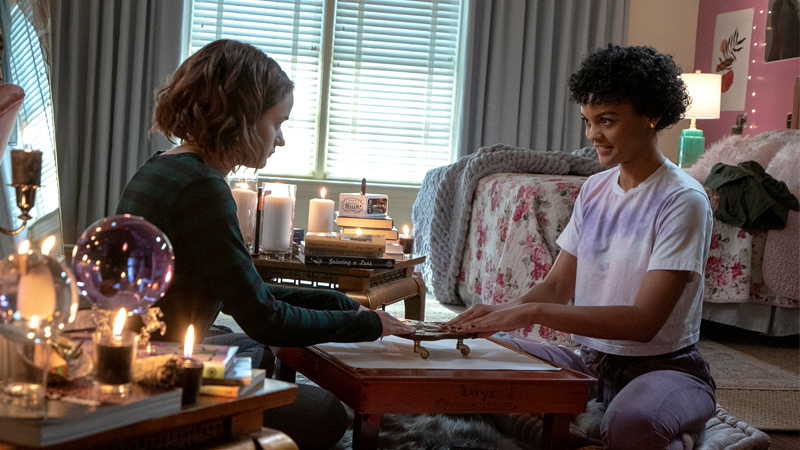 What is The In Between about?
The In Between is a supernatural love story that centers on a teenage girl, Tessa, who, after bouncing around in foster homes for most of her childhood, doesn’t believe she deserves her own love story.

Everything changes after she has a chance encounter with Skylar, a senior from a neighboring town who’s a true romantic. As her heart begins to open, tragedy strikes when a car accident takes Skylar’s life, while Tessa survives.

As Tessa searches for answers in the aftermath of the accident, she soon believes Skylar is attempting to reconnect with her from the afterworld. With the help of her best friend and a newfound belief that love never dies, Tessa attempts to contact Skylar one last time, in order to give their love story the epic ending it deserves. 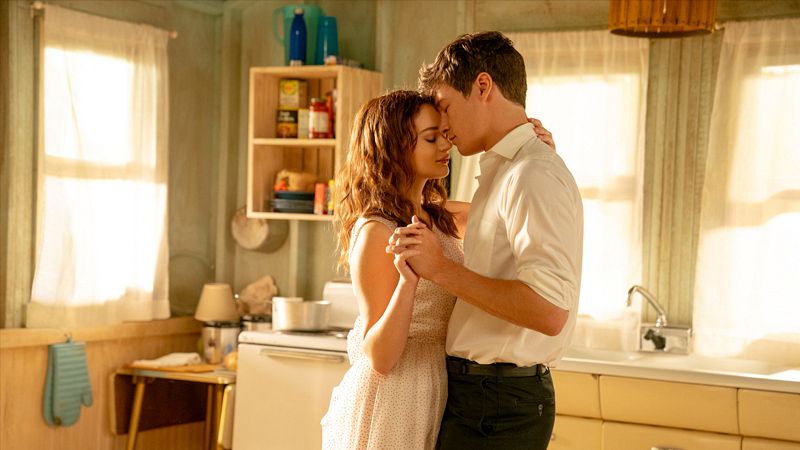 How can I watch or stream the The In Between?
It's quick and easy to sign up for Paramount+! Select your streaming device from the list below for instructions on how to get started.

What else can I stream on Paramount+?
Paramount+ is home to a mountain of entertainment! Not only will Paramount+ let you watch The In Between, you can stream over 30,000 episodes and movies from CBS, BET, Comedy Central, MTV, Nickelodeon, Smithsonian Channel, and Paramount Pictures—including exclusive originals plus live sports and news.

Of course, you'll get CBS primetime shows like NCIS and Young Sheldon and live specials like the GRAMMY® Awards.

Plus, you can count on Paramount+ for the most iconic movies and the latest in live sports and news with your local CBS station, CBS News Streaming Network, CBS Sports HQ, and ET Live, each offering unique 24/7 coverage of the world.

How much does Paramount+ cost?
Just use the code BETWEEN and new subscribers get a 1-month free Paramount+ subscription! (See below for details on how the code works.)

In general, Paramount+ currently has two plans to choose from:

Essential
Stream with limited commercial interruptions for $4.99/month or save 16% off your monthly price with an annual plan* for $49.99/year (the Essential plan does NOT include your local live CBS station).

Premium
Watch with no ads for just $9.99/month or save 16% off your monthly price with an annual plan* for $99.99/year (the Premium plan DOES include your local live CBS station). Please note that live TV streams have commercials, and a few shows include brief promotional interruptions to keep you in the loop on new and upcoming Paramount+ programming.

*Savings calculated by the total yearly cost of the Essential or Premium monthly plans.
When using the code BETWEEN: Offer expires 3/31/22 11:59 PM PT.  After free month period, SUBSCRIPTION AUTOMATICALLY RENEWS ON A MONTHLY OR ANNUAL BASIS AND YOUR CREDIT CARD AUTOMATICALLY CHARGED EITHER (I) US $4.99 OR $9.99/MONTH (+TAX) AS APPLICABLE; OR (II) $49.99 OR $99.99/YEAR (+TAX) AS APPLICABLE, AT START OF EACH BILLING PERIOD UNLESS YOU CANCEL. Cancel any time on account page or at 888-274-5343, effective at end of the billing cycle. No refunds for partial months. Other restrictions may apply.

Sign up for Paramount+ now to enjoy this mountain of entertainment... including The In Between!