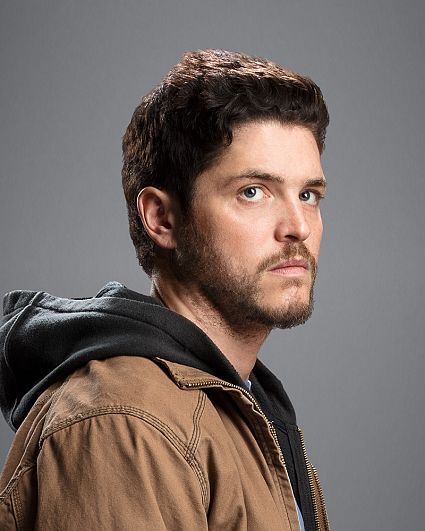 Fresh off a myriad of festival films, Philip Ettinger was most recently seen in Sebastián Silva’s Tyrel, opposite Michael Cera and Christopher Abbott, which premiered at the 2018 Sundance Film Festival. Previously, he was in Paul Schrader’s independent thriller First Reformed, opposite Amanda Seyfried and Ethan Hawke, which premiered at the 2017 Toronto Film Festival and screened at the 2018 SXSW Film Festival. Also, the film screened at the Telluride Film Festival and the Venice Film Festival, where it was nominated for the Golden Lion Award and won the Green Drop Award. Ettinger appeared opposite Juno Temple and Julia Garner in One Percent More Humid, and in The Pirates of Somalia opposite Al Pacino at the 2017 Tribeca Film Festival. Previously, he appeared in James Schamus’ Indignation opposite Logan Lerman, which premiered at the 2016 Sundance Film Festival. Ettinger received acclaim for his portrayal of Kevin in the critically lauded film Compliance (Official Selection, 2012 Sundance Film Festival). Directed by Craig Zobel, the film landed on the National Board of Review’s list of Top Ten Independent Films of 2012. Other film credits include The Maid’s Room (directed by Michael Walker), Brooklyn Brothers Beat the Best (directed by Ryan O’Nan), Sleepwalk with Me (directed by Mike Birbiglia), Chu and Blossom (directed by Charles Chu and Gavin Kelly) and Twelve (directed by Joel Schumacher). On stage, Ettinger was nominated for the 2014 Lucille Lortel Award for Outstanding Supporting Actor for Bad Jews at the Roundabout Theatre Company’s Laura Pels Theatre. Also, he appeared on stage in Edgewise, directed by Trip Cullman at The Play Company. Television credits include the HBO hit Girls, Manhattan, The Closer, Blue Bloods, Mercy, The Good Wife, and Law & Order: Special Victims Unit. Ettinger graduated with a BFA from the Mason Gross School of the Arts at Rutgers University.