The dangerous and elusive serial killer is loose—and he's coming for Mac.

In the Season 1 finale of MacGyver entitled "Cigar Cutter," Murdoc almost brought down the Phoenix Foundation—all from his jail cell.

Using an old cellmate and some elaborate thinking, the serial killer—whose only personal item from the outside world is a copy of Paradise Lost—was able to orchestrate a massive takedown of the Phoenix Foundation.

READ: Murdoc Orchestrates Disaster For The Phoenix Foundation On The Season Finale Of MacGyver 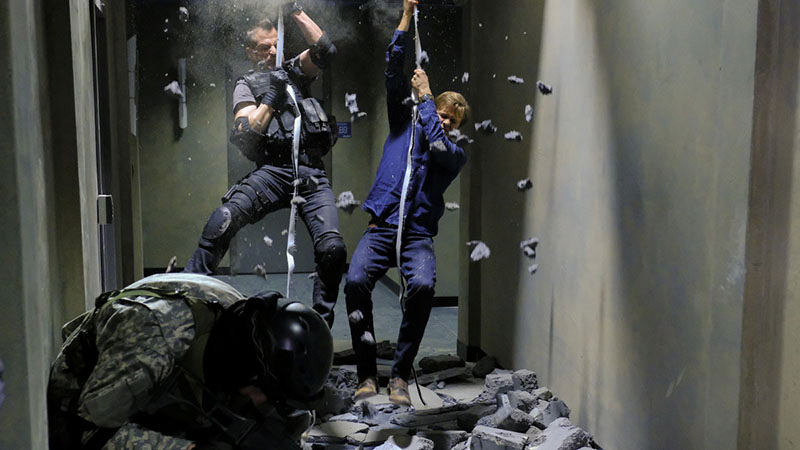 Though the team survived the siege, Murdoc quietly absconded from his cell. Watch the full episode to see how the sociopath escaped from prison.

How will the team react when they learn the killer has escaped? What does Murdoc have in store for MacGyver and the Phoenix Foundation in Season 2?