Look Back At The History Of The Kennedy Center Honors

Last year, Gloria Estefan was one of the honorees, and this year she'll be hosting the 41st annual edition when it airs on Wednesday, Dec. 26 at 8/7c on CBS and CBS All Access. Of course, you can expect other past honorees to make appearances. Recognizing our shared cultural history and connecting generations is part of what makes the Kennedy Center Honors so special.

READ: How To Watch The 2018 Kennedy Center Honors On CBS And CBS All Access

To get ready for the big night, take a look back on the history of the prestigious event, including some of the show's most memorable moments, surprises, and collaborations that have touched the hearts of so many. Enjoy the heartwarming video below!


Since the launch of The Kennedy Center Honors in 1978, eclectic artists have gathered on stage to celebrate the contributions and careers of Opera singers, classic Hollywood actors, music legends, writers, producers, dancers, and choreographers who have left incredible marks on our culture.

In fact, those who are honored receive one of the most respected awards for performers—often considered the American equivalent to British knighthood or France's Legion of Honor.

Additionally, these distinguished honorees proudly adorn a rainbow ribbon of their own, symbolizing the spectrum of artists who have worn them previously and the many ways we express ourselves as a nation.

READ: The Kennedy Center Honors Timeline Of All The Past Honorees

Each year, heartfelt speeches and performances move the crowd to their feet in an uproar of celebratory applause, joyous sing-a-longs, and unwavering respect.

Do you remember some of the biggest highlights from over the years?

Like when Beyoncé honored Barbra Streisand with her rendition of "The Way We Were" (2008); or when Bruno Mars recognized Sting with a medley of "So Lonely" and "Message In A Bottle" (2014); or how about when Jennifer Hudson paid homage to Oprah Winfrey with "I'm Here" from The Color Purple (2010)?

How about when Bea Arthur, Valerie Harper, and Pam Dawber paid tribute to Lucille Ball (I Love Lucy) in 1986?

The list of honorees and emotional tributes goes on and on...

This year at the star-studded gala, a new group of phenomenal artists will be added to The Kennedy Center Honors' rich history. Actress Cher, composer and pianist Philip Glass, country music entertainer Reba McEntire, and jazz saxophonist and composer Wayne Shorter will be recognized for their "lifetime contributions to American culture through the performing arts." That's quite possibly the quintessential reward for a lifetime's endeavor. 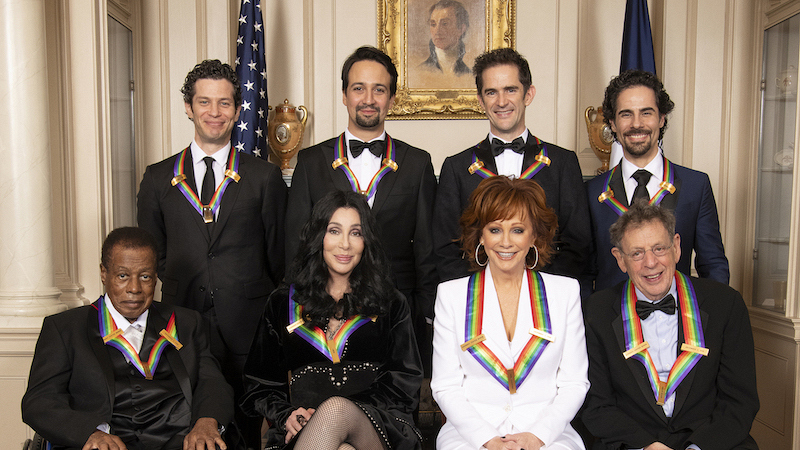 They'll join the elite ranks of memorable honorees recognized since the show's beginning.

Which unforgettable moments will add to the impressive history of The Kennedy Center Honors?

For more on the history of the Kennedy Center Honors, visit their website.

Watch the 41st Annual Kennedy Center Honors on Wednesday, Dec. 26 at 8/7c on CBS and CBS All Access.