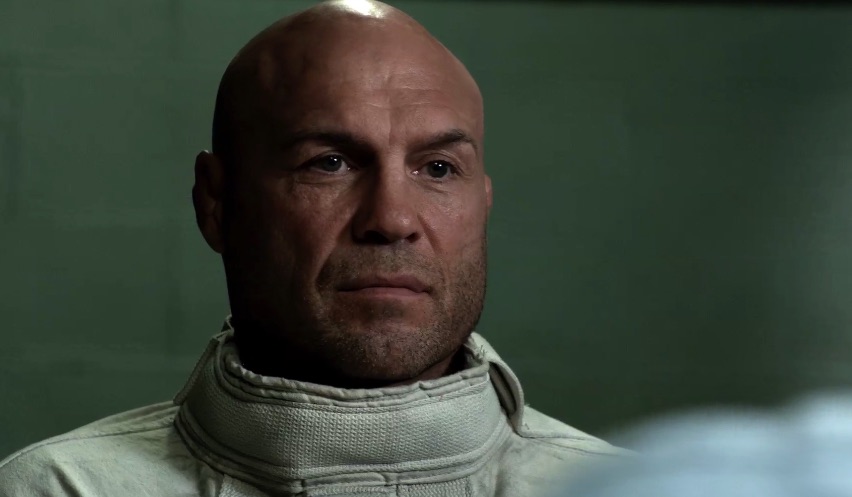 Couture was an American mixed martial artist known for his work with the Ultimate Fighting Championship (UFC) franchise. Couture is the only person over the age of 40 to have won a UFC championship, holding four titles. 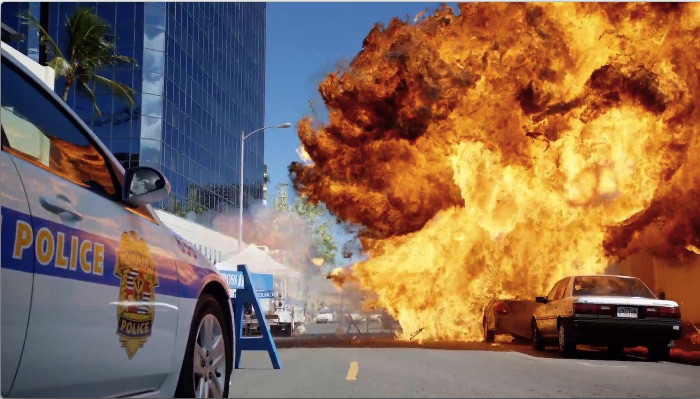 The explosion at the start of the episode was fueled by ten gallons of gasoline. 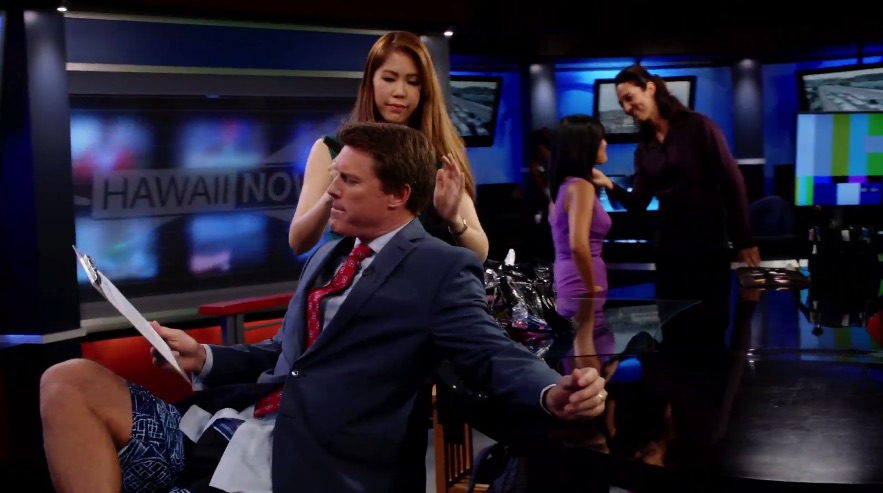 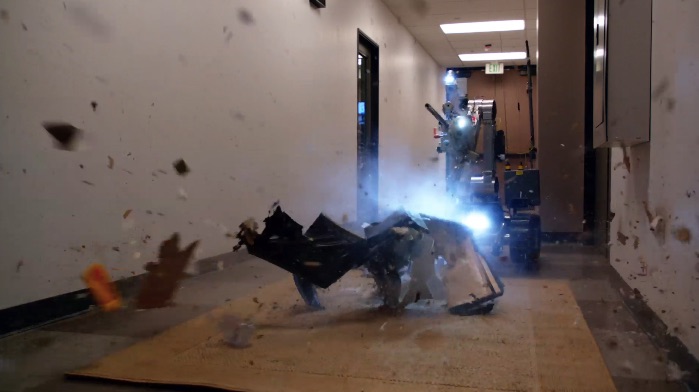 Sammy the robot was created with consultation from an explosive technical specialist at the U.S. Bureau of Alcohol, Tobacco, Firearms, and Explosives. A real charge was used in Sammy's suitcase takedown. 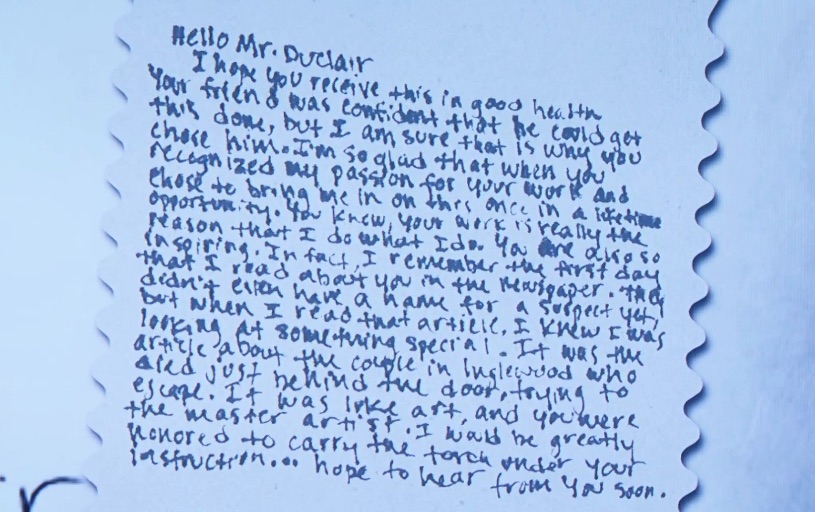 Five-0 Writer John Dove devised the wila encryption used in the episode. The code was based on Dove's work in law enforcement prior to joining the show. 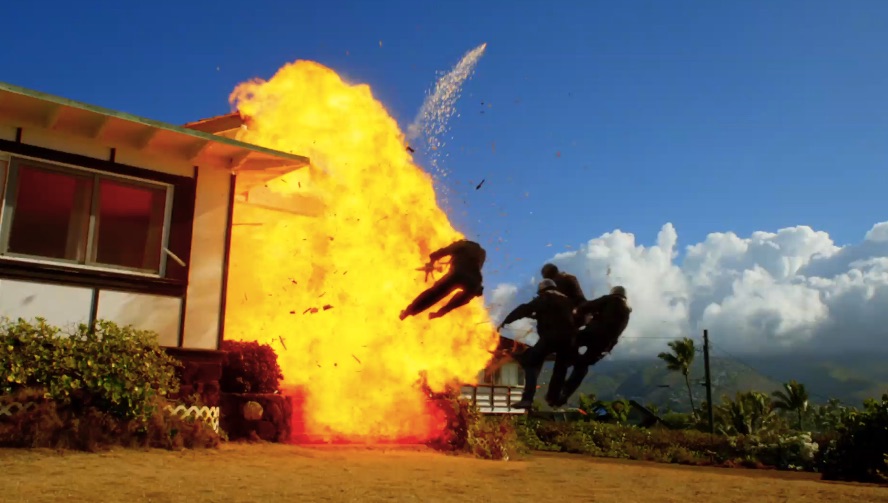 Stunt Coordinator Jeff Cadiente said the explosion that befell a local home in the episode was the biggest in the show's history. The stunt was so dangerous that personnel featured in the scene were filmed in front of a green screen and added later. 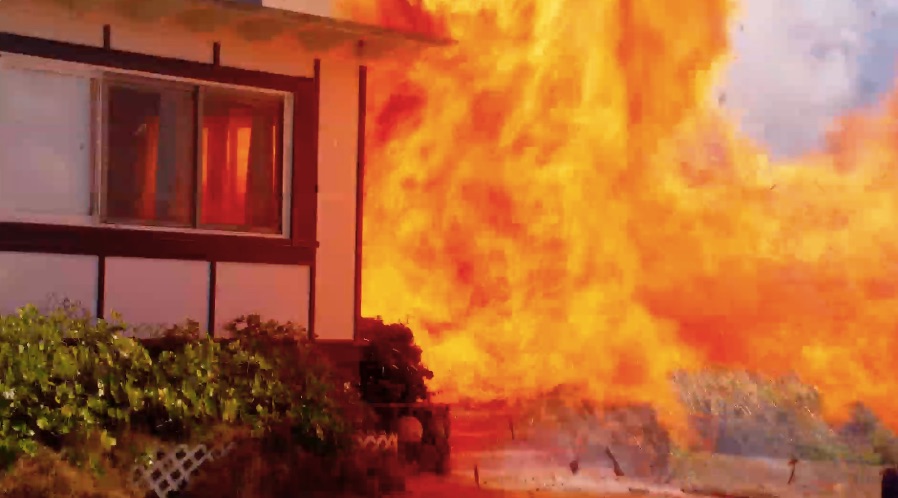 The real owner of the house blown up by Andre Trout's explosive had intended on demolishing his home, and allowed Five-0 to plant propane mortars and poppers for the big boom.