Action! Alex O'Loughlin Takes Us Behind The Scenes Of His Directorial Debut

A powerful storyline motivates his approach to Hawaii Five-0's "E ho'okō kuleana (To Do One's Duty)."

Fans of Hawaii Five-0 know Steve McGarrett as an action hero and strong leader for the team. Alex O'Loughlin has always looked like a natural commander when he plays the role on screen. Now he's taking command in a whole new way—by directing the episode "E ho'okō kuleana (To Do One's Duty)."

Alex was humble about his first experience as a television director, but he didn't shy away from the responsibility. The episode's storyline about domestic violence motivated his careful approach. In an interview with CBS.com, Alex shared what it was like behind the scenes as he directed his fellow Hawaii Five-0 stars, the ways a good crew can make TV magic, and just how he turned tropical Honolulu into chilly Newark. Enjoy his perspective from the director's chair along with some exclusive behind-the-scenes photos.

Congratulations on your directorial debut! Is there any way you tried to leave your personal "stamp" on this episode?

It's weird to talk about being a director. I’ve done one episode of my own show, that I’m very comfortable on and fully supported by every single crew member. Part of my head is saying to me, "you’re not a director yet." I just needed to qualify that!

I didn’t come in to this trying to reinvent the wheel. I didn't want to try to make a different show. I wanted to make Hawaii Five-0. I just wanted to tell the story truthfully. 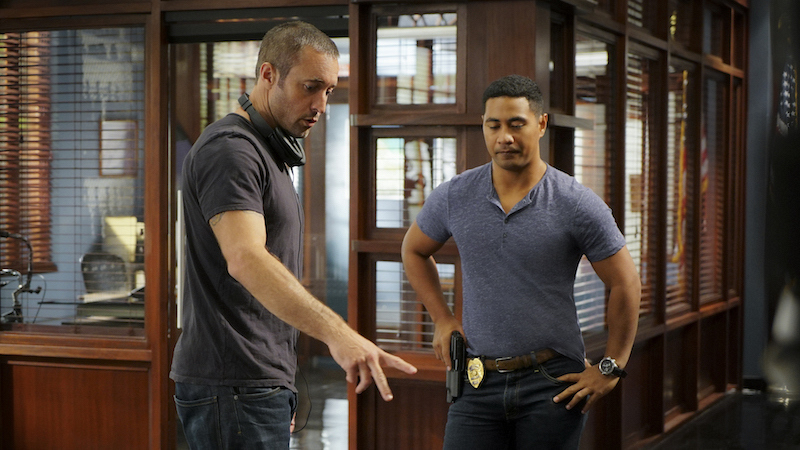 Stylistically, there’s a yes and a no. There was a lot of material to get into a 42-minute bracket. My director’s cut was different to the final cut in the sense that I actually cut a few scenes loose to let other scenes breathe. In television, the cuts are so quick: bang-bang-bang-bang-bang! I want to shoot two people and sit there for eight minutes and watch them. I've got a lot to learn about television and about the best ways to tell stories directorially in that medium.

What do you want audiences to take away from this episode?

The heartbeat of this story is a domestic violence against women story.

Joanna [Christie] wasn’t an actor who was sent to me from the company. I searched her out because I’d seen her on Narcos and I thought she’d be fantastic for it. She agreed to do it and I was beyond thrilled. I was really humbled and moved that she would trust me to be her director—as a first time director. I got her on the phone right away, and she was such a collaborator. I feel she told the story beautifully. She's really talented. She's got such an open heart. We were both on the same page right away: that we’ve got a really important story to tell. 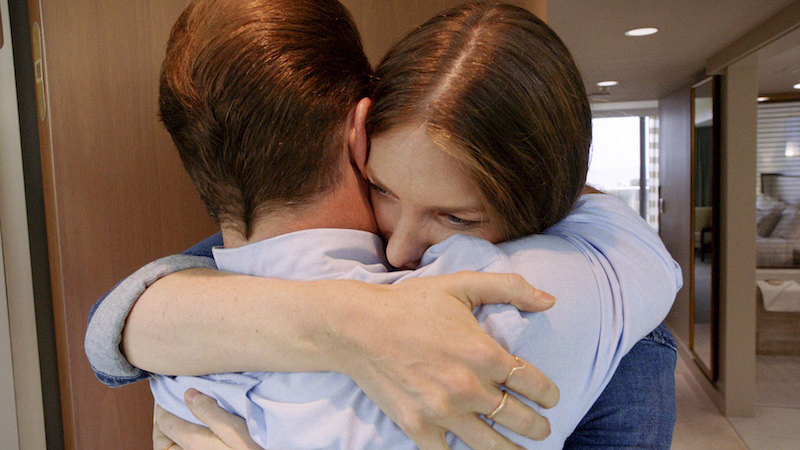 What was it like working with actors you may already know well, but now from the other side of the camera?

That was the most exciting aspect!

I loved being the master and commander of every moving part. I love painting the picture. I got to detail the scenes. I got to build the set and choose the paint colors, and say "Hey, can we get one of these? And do this? And can it do this? And can it make a little sound?" That was a lot of fun being the architect of everything visceral in the story, all the tangible stuff. But working with the people was the greatest part. 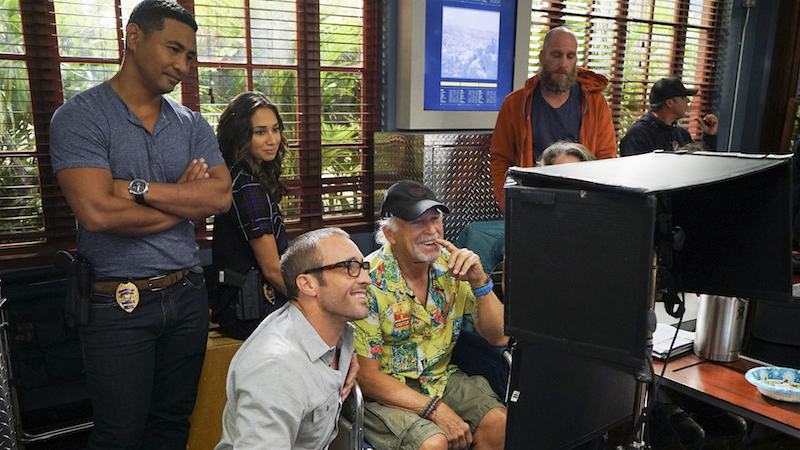 I love actors, man! I didn’t know I love actors as much as I do. These people are willing to open up their heart and their soul and tell these incredible, emotional stories on behalf of other people from such a truthful place. It sort of stunned me a little bit, because I’ve never been behind the camera and been the guy calling the shots.

There's a scene where you and Ian Anthony Dale have some really intense dialogue. How do you approach directing somebody you're in a scene with, and how do you direct yourself?

Ian is amazing. First of all, he looks like a movie star. He's so handsome. He's so talented. He's such a collaborator. He's a charming guy and such a pleasure to work with. I really hope we have him around for a long time.

When I got to my scenes, of which there were way more than I thought there would be, I was like "What?" I mean, I kind of knew my lines, but I felt like working with Alex O'Loughlin was the one part of the experience I didn’t need to replicate. I was like, "Can we cut this guy out?" Everyone else was a dream!

Did you have to run back-and-forth to check the cameras, too?

I have playback [via on-set monitors] on the entire show. Which is good, because I move fast as a director. I think it’s from so many years in television that I observe everybody’s time and the timeline of the show. I know how busy everyone is and how tired everyone is. You’re real exhausted at that stage. It’s episode 18, so you’re deep in the season, deep in the show itself. I try to move really fast and those scenes forced me to move even faster. It felt a little manic inside of my head during those moments. No one else seemed manic, but you have seven irons in the fire instead of four or five when you're in the scene as well. 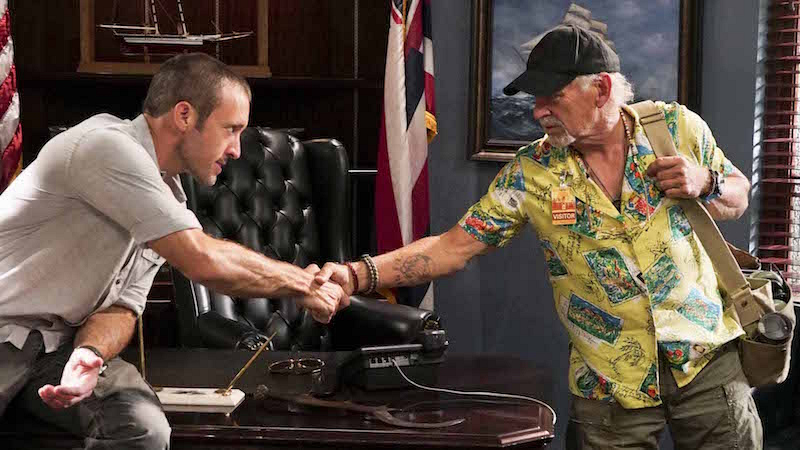 Is there a difference with how you approach each actor?

All the guest stars were extraordinary. Joanna [Christie] and Daniel [Kaemon] were fantastic. They were so responsive and they're both really great actors. I got the performances out of them that I wanted. I really didn't have to do much. They brought so much to the table, I just made a couple of adjustments and steered in certain direction, but they did all the work.

You make adjustments the actor you're working with requires, and then it's show time. You realize as a director you've got to be fluid. You’ve got to listen and really pay attention to what the actor is telling you. I may go to an actor and say "Hey, listen, how do you feel about this, and trying it this way? Is there a world where your character would do that?" And they may start asking questions, like, "Why would I do that? That doesn’t make sense." And then it’s up to me to question my motivation, to actually answer the question. 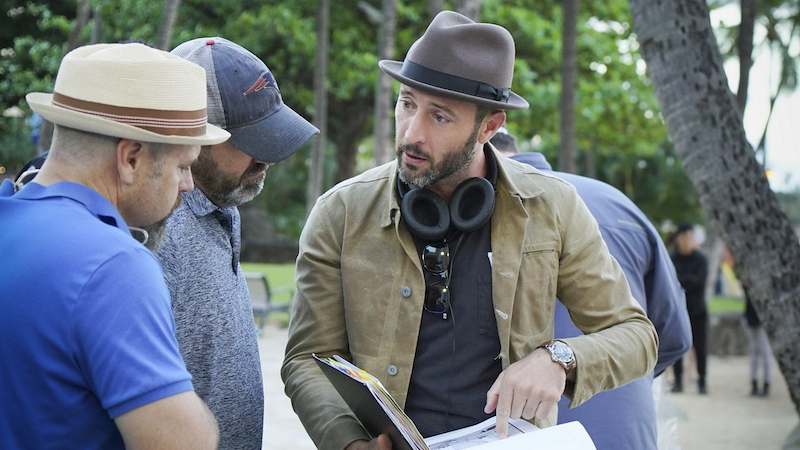 There were times when I stopped and thought fast on my feet and I was like, "You know what? You’re right. I don’t know why your character would do that. This doesn’t have to do with your character’s motivation. This has to do with me trying to make it pretty. This is shot design." Other times they say, "Yeah, it’s a really good note, thank you."

I think the lessons were: Don’t be precious; be really clear; tell your story; know the story that you're telling; and if you can’t tell it the way you thought you were going to tell it, find another way to tell it. I think I'm a fluid person and I think it served me well.

Anything else you learned as a director?

There were a thousand lessons that I learned! It was the best experience. [One was] how different every single actor is, whether you work with them every day or whether they're a guest star.

[Another lesson was] what people's interpretations of your words are. You can say "blue" and some people hear you say "pink." You learn on the fly who hears what when you say what you say, and making adjustments so they hear what you want them to hear, so you can tell the story you want to tell the story. It sounds manipulative, but it’s not. It’s more about communication.

Yeah, it’s really, really tricky. First of all, to find anything in Honolulu that looks like a Newark skyline is virtually impossible. To find a property, to find a residential structure that doesn’t have a shingled roof, that resembles anything on the eastern seaboard is extremely difficult. To find a property that doesn’t have a palm tree in the front? There are no palm trees in Newark! We had to hedge our bets. There is no perfect situation here. I had to paint a couple trees out, I had to paint a couple skylines in. We scouted heavy for it, too.

The night stuff, I had them wet everything down so it made it feel seasonal in the sense that there's still a lot of moisture on the ground. Trying to put the people in jackets and stuff where I could in the night scenes, and in slightly warmer looking layers in the day scenes, and trying to create an environment with other scenes. Also, we changed camera filters, the way we light things, sometimes the way people move. 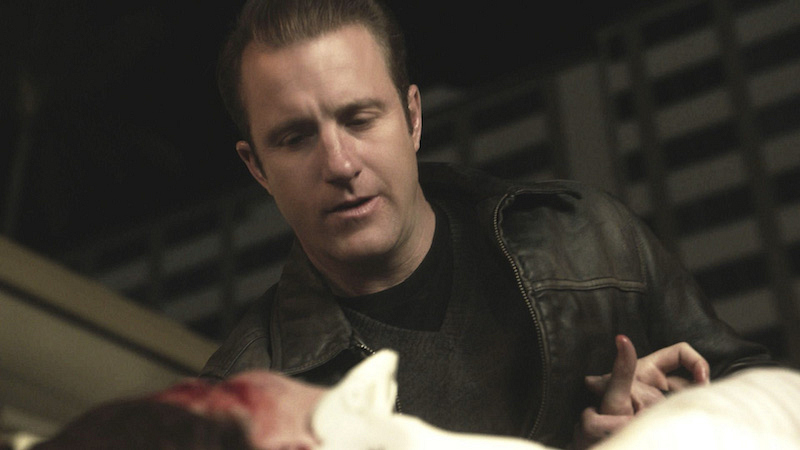 When Scott’s waiting for Ray in the car, and they get in a violent altercation (the beginning of how Ray was incarcerated), that scene felt really cold to me. That did feel like it could have been on the East Coast. I had Daniel come out and feel the air, he sort of rubbed his hands together a bit, he had big boots on.

Of course, I have to say Kurt Jones, my DP who just got nominated for a gigantic award, is so talented. He’s such a great guy. He’s so fast. He’s extraordinary. I think he’s going to be a hall of famer.

What was it like directing a car (and foot!) action scene, and how does it compare to directing other scenes?

I had extraordinary help around me. [Stunt coordinator] Eric Norris is so awesome. And Paul Lacovara, my double, who is also coordinating now, is so awesome. I can really hand it over to them and go,"‘Boys, do your thing."

I think as an action director, it comes kind of naturally to me to a certain extent, because I’ve done so much action, myself—as my MRIs would suggest! 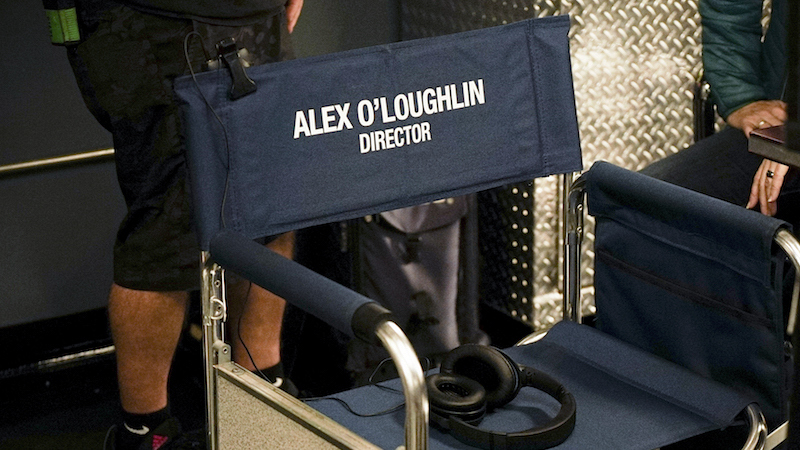 It's almost like a genre within a genre. I did find myself going, "I put my action hat on now." I start thinking in different terms. Then, when I'm working with people, that felt more like "directing" to me. I don’t want to suggest all the giant action directors in the world aren’t directors at all. I wonder what they would say, what the Michael Bays and Peter Bergs would say. It feels like they're different elements, like you step into a different set of shoes.

I guess the baseline is that action is the external elements, and directing actors in scenes is internal. One goes out, one goes in.

Watch all new episodes of Hawaii Five-0 on Fridays at 9/8c on CBS and CBS All Access.