Happy Together: Damon Wayans Jr. Reminds That Our Best Days Aren't Always Behind Us

Also starring Amber Stevens West, the brand-new comedy pops off this fall on CBS and CBS All Access.

Most people never get to be within 50 feet of a celebrity—let alone live with one.

In the new sitcom Happy Together, which will air on Mondays this Fall at 8:30/7:30c on CBS and CBS All Access, Wayans stars as Jake, a relatively ordinary guy living a relatively ordinary life with his wife (and college sweetheart) Claire, played by Amber Stevens West (The Carmichael Show, 22 Jump Street).

The 30-something couple doesn't seem to have many complaints. After all, they appear to get more enjoyment out of Saturday nights spent binge-watching TV shows as opposed to partying until dawn at the hottest clubs.

However, that's all about to change when a client of Jake's accounting firm, who just-so-happens to be one of the world's most well-known pop stars, decides to remix their ordinary life by hiding out at their house for a few days.

Once he moves in, Cooper, played by Felix Mallard (the Australian series Neighbours), helps Jake and Claire reconnect with their younger, cooler selves, which leads everyone to believe this unconventional living arrangement might just be the best thing to happen to all three of them. 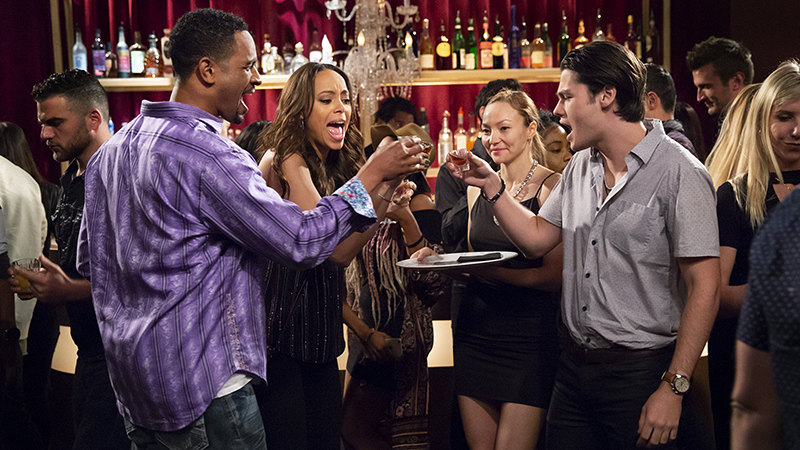 Although the series is inspired by a time when Executive Producer Ben Winston (The Late Late Show with James Corden, Carpool Karaoke) and One Direction superstar Harry Styles lived together, that's where the realities end.

The show is not based on real-life experiences and characters.

Styles does serve as an Executive Producer alongside Austen Earl (9JKL, The Carmichael Show), Tim McAuliffe (The Last Man on Earth, Up All Night), Michael Rotenberg (Man With A Plan, Superior Donuts) and Jonathan Berry (Insecure). Happy Together is not based on real-life experiences or characters; however, that won't affect the series' sense of humor.

The series is produced by CBS Television Studios.

Watch Happy Together this Fall on Mondays at 8:30/7:30c on CBS and CBS All Access.