Everything We Know About Sherlock's Father So Far 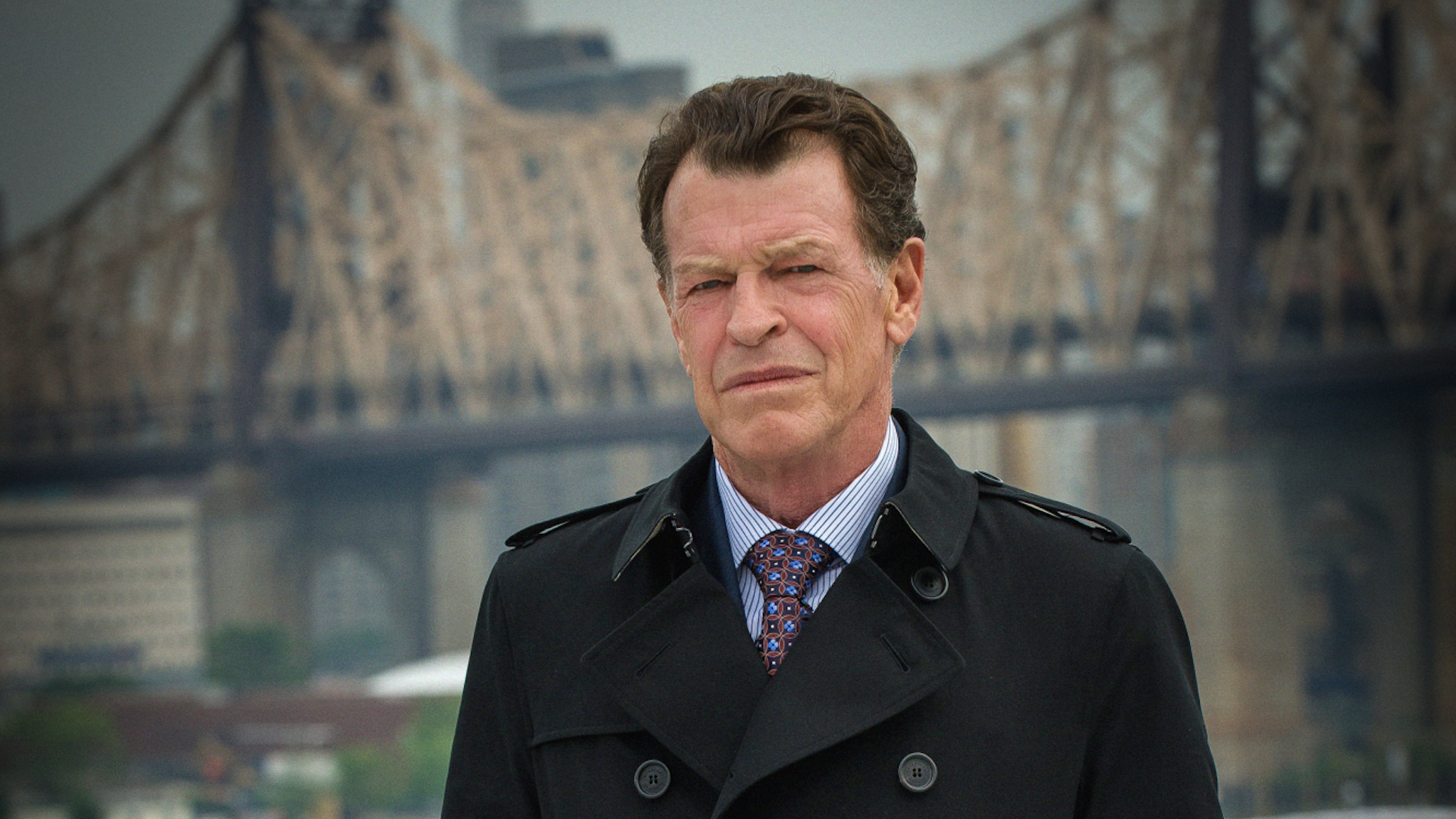 Over the first few seasons of Elementary, we picked up a number of tidbits and clues about Sherlock's father—but we've never seen him in the flesh. This season, all that will change when John Noble stars as the detective's dad, Morland Holmes.

Noble recently joined the show's executive producer, Rob Doherty, for a Q&A with members of the press. The two discussed what we can expect from Morland in the upcoming season. Here's everything we know so far... 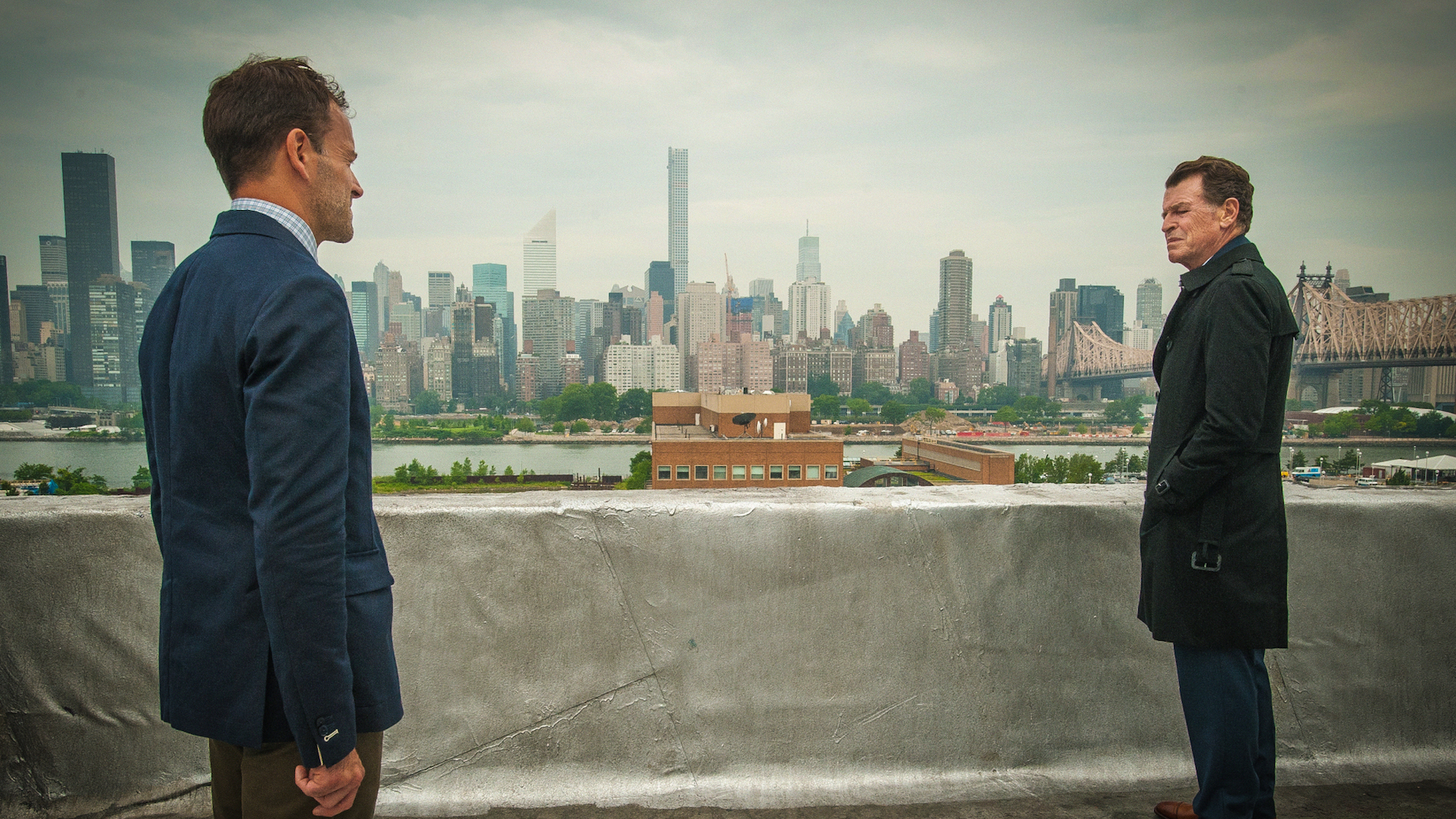 A wealthy businessman, Morland Holmes typically operates in the shadows and keeps a low profile. His flaws and mistakes stem from the secrecy he's surrounded by. So far, these problems have only been translated through his son. "Because we have spent the last three years with Sherlock and not with Morland, we're predisposed to side with Sherlock," explained Executive Producer Rob Doherty. "There are two sides to every story, and one of the reasons we wanted to see Morland this season is to tell both sides."

While the two characters may share some mannerisms, they won't sound exactly alike. According to John Noble, that can be attributed to their divergent life paths and, to an extent, the fact that Sherlock wouldn't want to speak like he's father. Noble said he'll play Morland as a "very well-spoken man of the English upper class, while Sherlock is much more grounded."

Morland is new to the Sherlock legend, which means audiences will finally see the type of parent who could have brought their beloved detective into the world. "I love leaning on canon," said Doherty. "It was, for me, a little frightening to create a character who would be this important to our franchise but never appeared in any of the original stories." 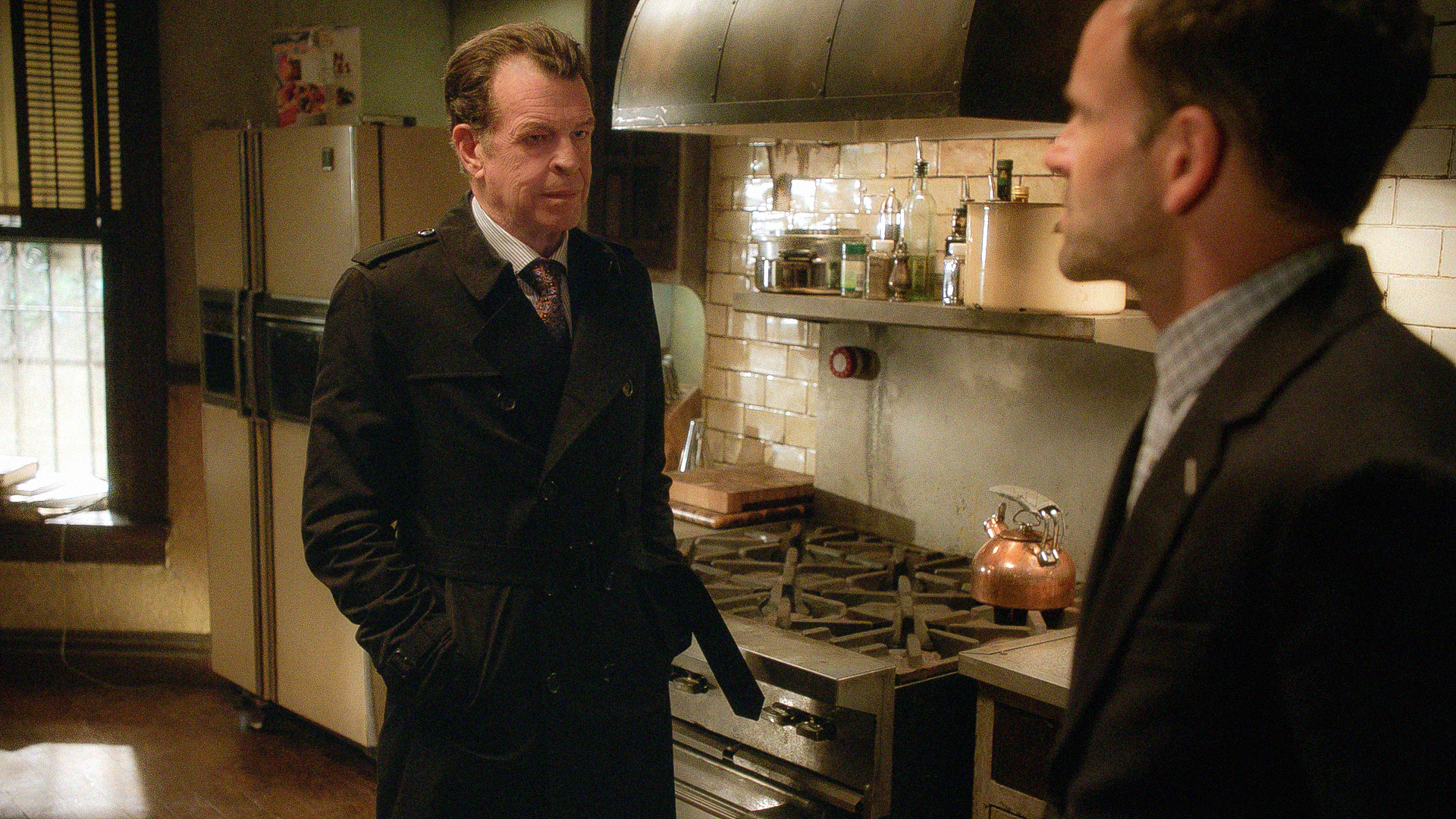 For anybody who's watched Elementary, it's obvious that Morland is very wealthy. He has homes, offices, and employees in both New York City and London. While he rarely visits New York, he holds at least five properties there, one of which he allowed his son to inhabit after a stint in rehab.

Noble explained that "Morland comes from a world where business is more powerful than government, and that informs his character." 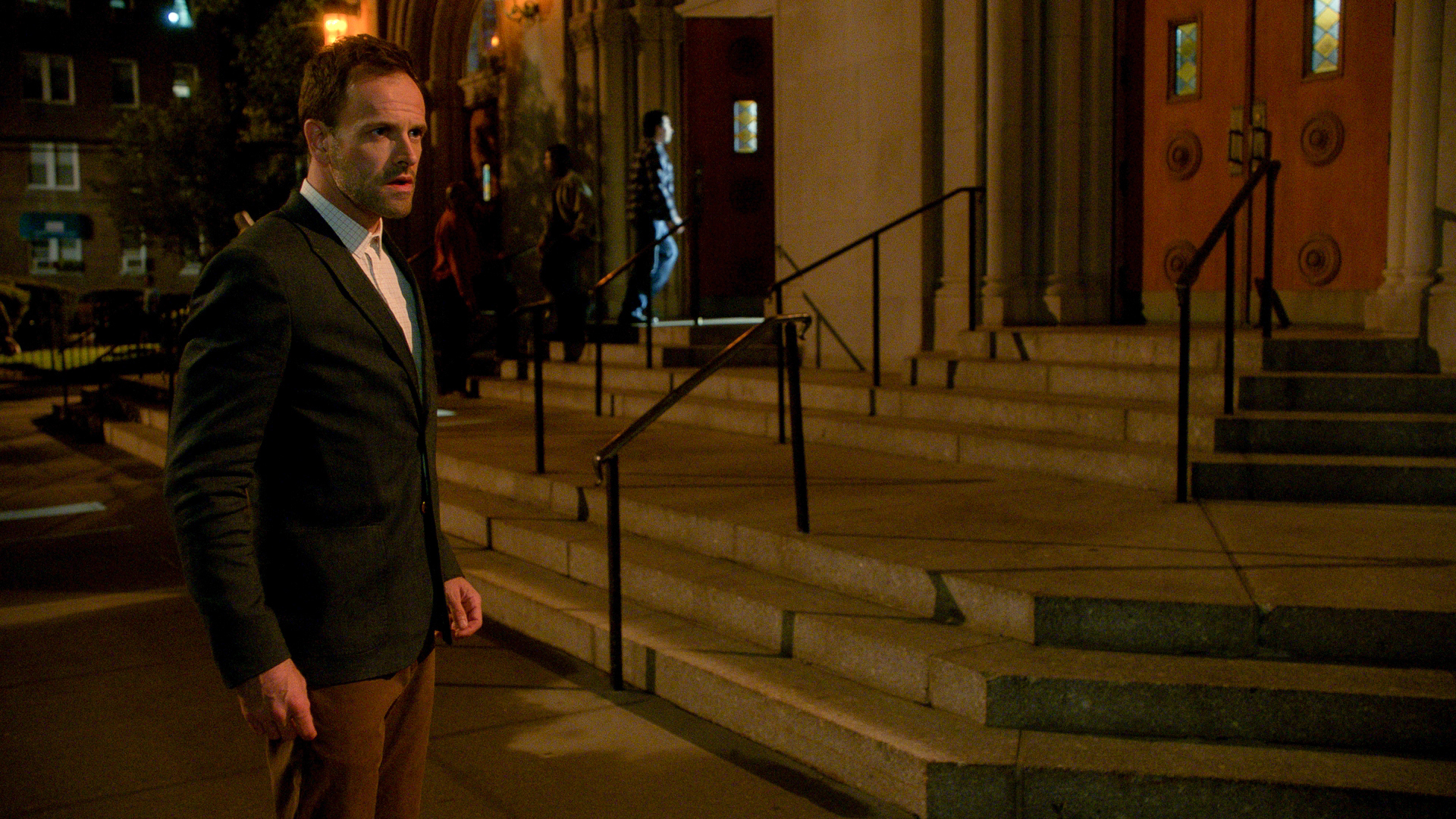 It would be an understatement to describe this father-son relationship as strained.

Over the past few seasons, Sherlock has compared his dad to somebody who steals candy from children and clubs baby seals. He doesn't think his dad actually cares, and is doing only what he has to out of a sense of familial obligations.

When Morland made a dinner date with Sherlock and Dr. Joan Watson, Sherlock was convinced that his father wouldn’t show. When pressed by Joan, he described his father as a "serial absentee and a pathological maker and breaker of promises." The detective proved to be right when his father bailed on their plans yet again.

Sherlock has never felt in control of his own life, starting from when Morland sent him to boarding school as a young child. He still feels patronized, as Morland won't give the detective full control of his trust fund and pays for employees to keep tabs on him.

While the relationship may be difficult and complex, it's also part of what makes the story so relatable. "Everyone has a father or a mother somewhere along the line who affected their lives somehow," said Noble. "Really it’s this father-son or mother-daughter stuff which I think is universal, that all of us understand and it resonates with all of us." 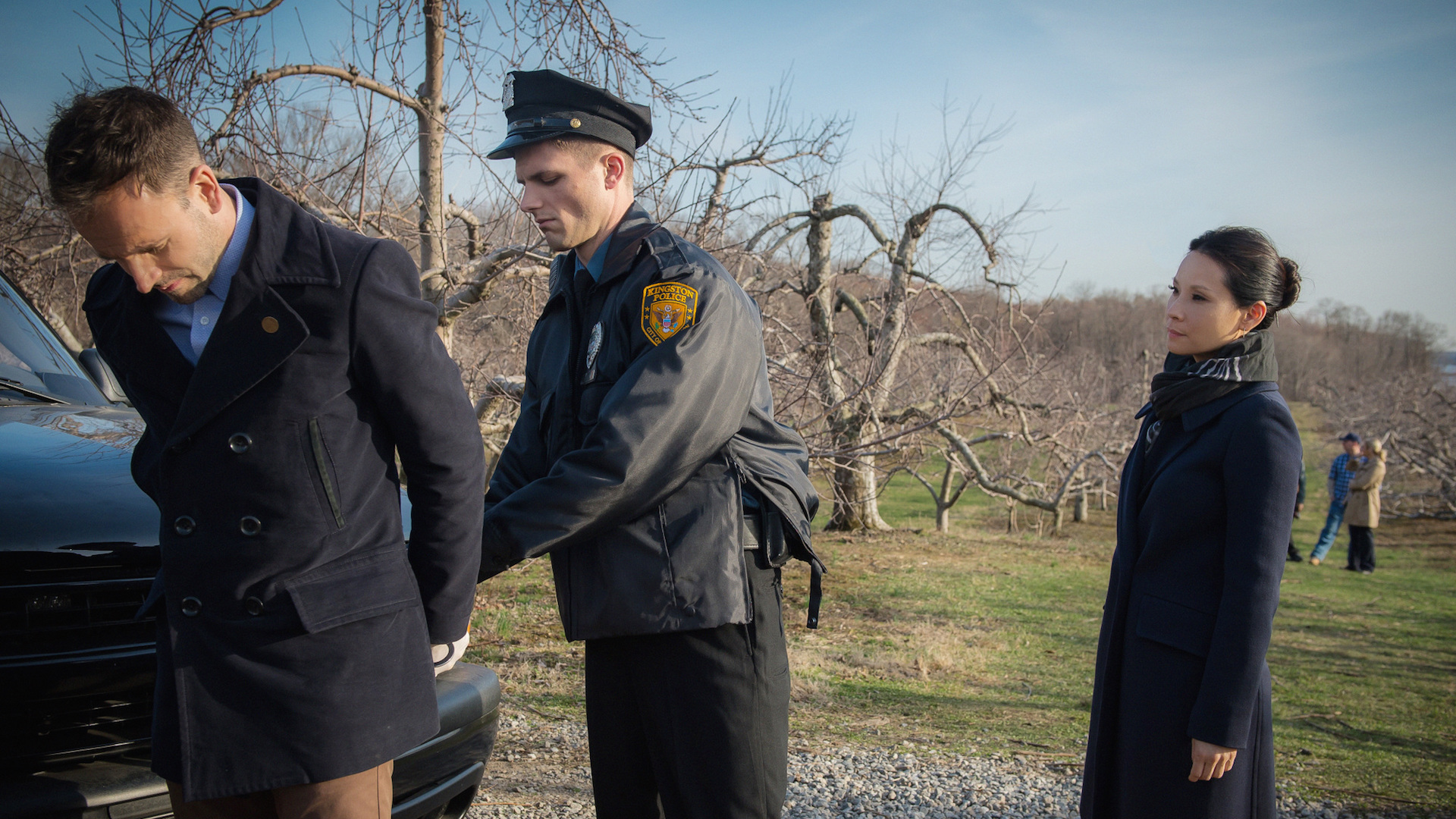 When Sherlock was addled by his addiction to drugs, his father checked him into a rehab. After six months, he allowed his son to inhabit one of his properties but the gesture didn't come without strings. In conversations with Watson, Sherlock has mentioned that if he ever relapsed or ditched his sober companion, his father has made it clear that he would throw the detective out into the street.

"Morland is the one who cleaned Sherlock up the first time," said Doherty. "The brilliant and functional Sherlock Holmes that we've enjoyed over the last three years, that's Morland's work. With Sherlock relapsing, it seemed appropriate to bring dad back into the equation."

Noble summarized the situation with one of his character's lines: "You made a mess. I'm here to fix it."

While the characters are clearly hoping to address Sherlock's problems, we'll have to see what—if anything—Morland is hoping to fix. But that's always been a central part of Elementary.

"One of the themes that we’ve always tried to explore on the show is this idea of fixing yourself," said Doherty. "We're a show about broken people in repair... We manage to have fun in spite of the fact that the people on our show have real problems and they’re trying to address them in the best ways that they can. That particular theme resonates with people it makes all of us feel good." 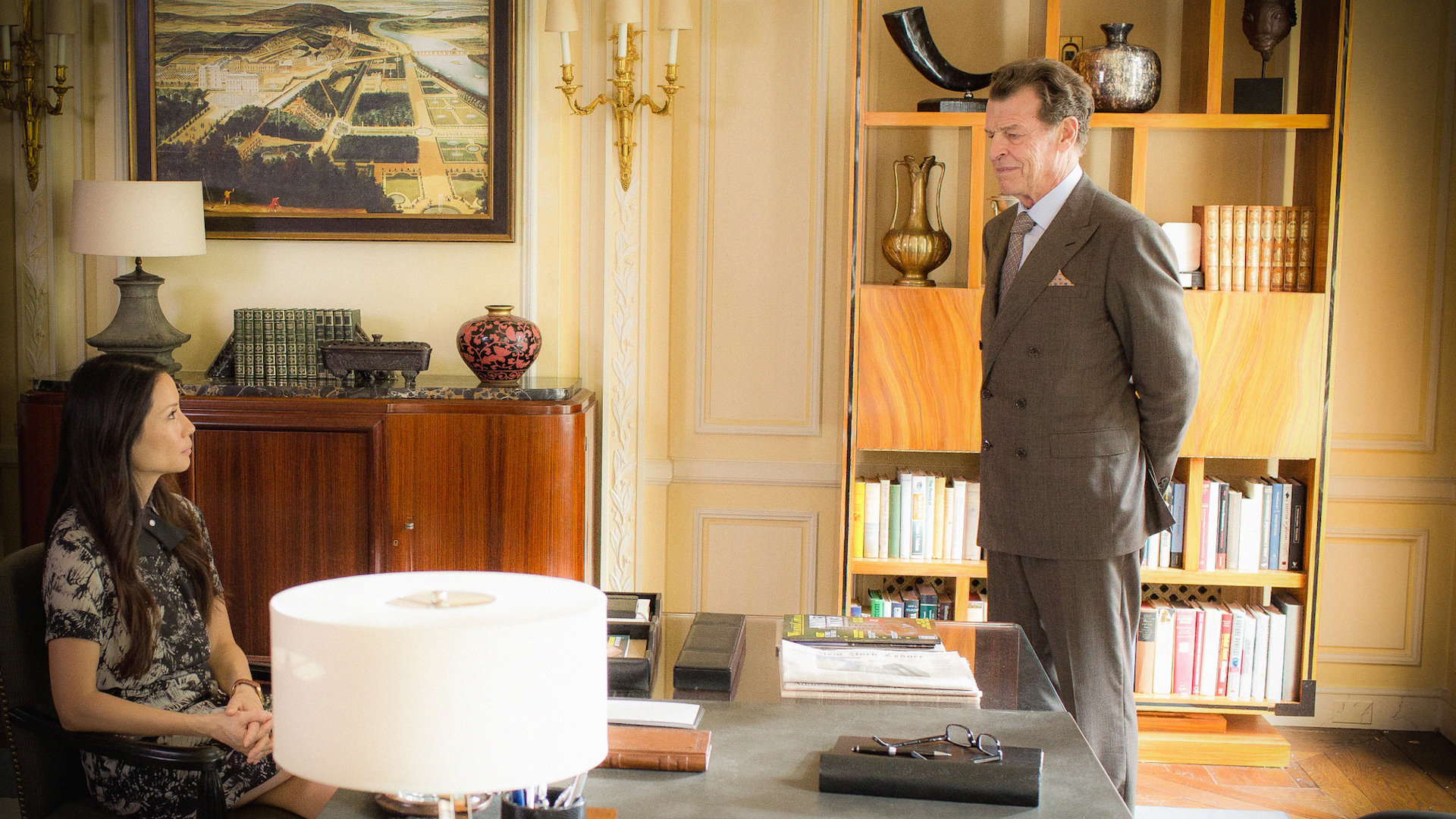 While Morland brought Watson into Sherlock's life several years ago, he didn't foresee a partnership forming. She may not have known what to make of him, either.

"Joan and Morland never met, they never talked face-to-face. I believe they were limited to email exchanges," Doherty explained. "She doesn't really have a sense of the man. She's certainly heard Sherlock complain about him for three yeas, she knows what Sherlock's take is, but she knows Sherlock is prone to exaggeration when he's complaining about family or would-be friends. She's ready to meet dad and form her own opinion of the man. And yet, even she has to admit Morland's timing doesn't seem to be great. He's arriving at a very difficult time. Even though he may want to help Sherlock, that may not be possible. She's open minded about everything, but what we will see as we begin the season is some trepidation on her part, some suspicion. I think she's going to begin to consider the possibility that if dad isn't exactly what Sherlock's been saying he is, he could at least be close to that."

"Joan is like a guard dog for Sherlock," Noble added. "She thinks that this man is responsible for his demise"

Doherty said that fans may have an opportunity to learn more about Watson's family this season, and even be introduced to her step-father—and their own complicated relationship. 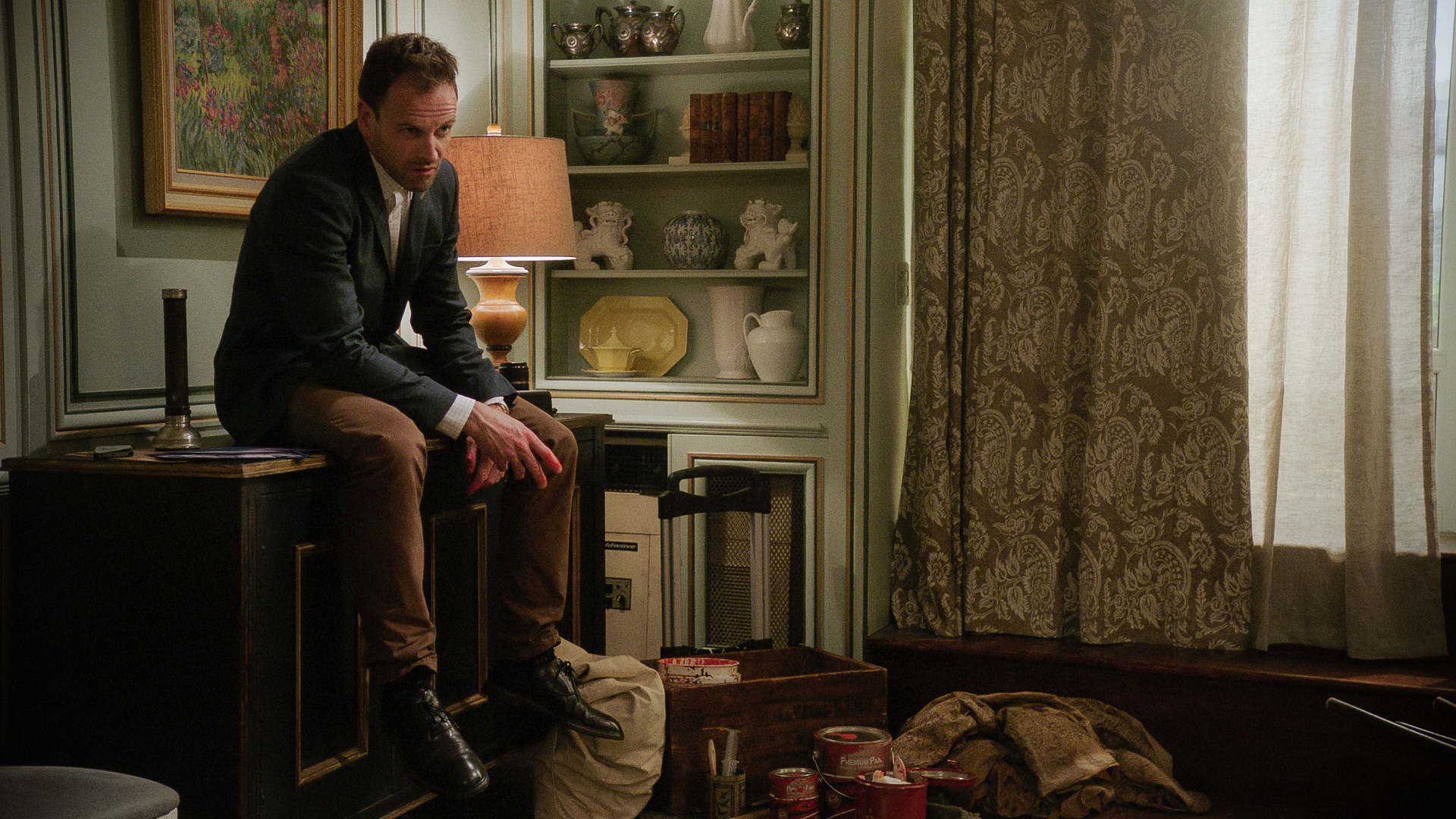 Asked about Sherlock's mother, Doherty said there's been some discussion. "I feel like we have an obligation at some point this season to flush out that story and explain why she isn't featured on the show alongside Mr. Holmes. It's a story we need to tell. We need to find the right moment. I think mom is a big reason why Sherlock and his father have struggled to the degree that they have, or struggled as father and son." 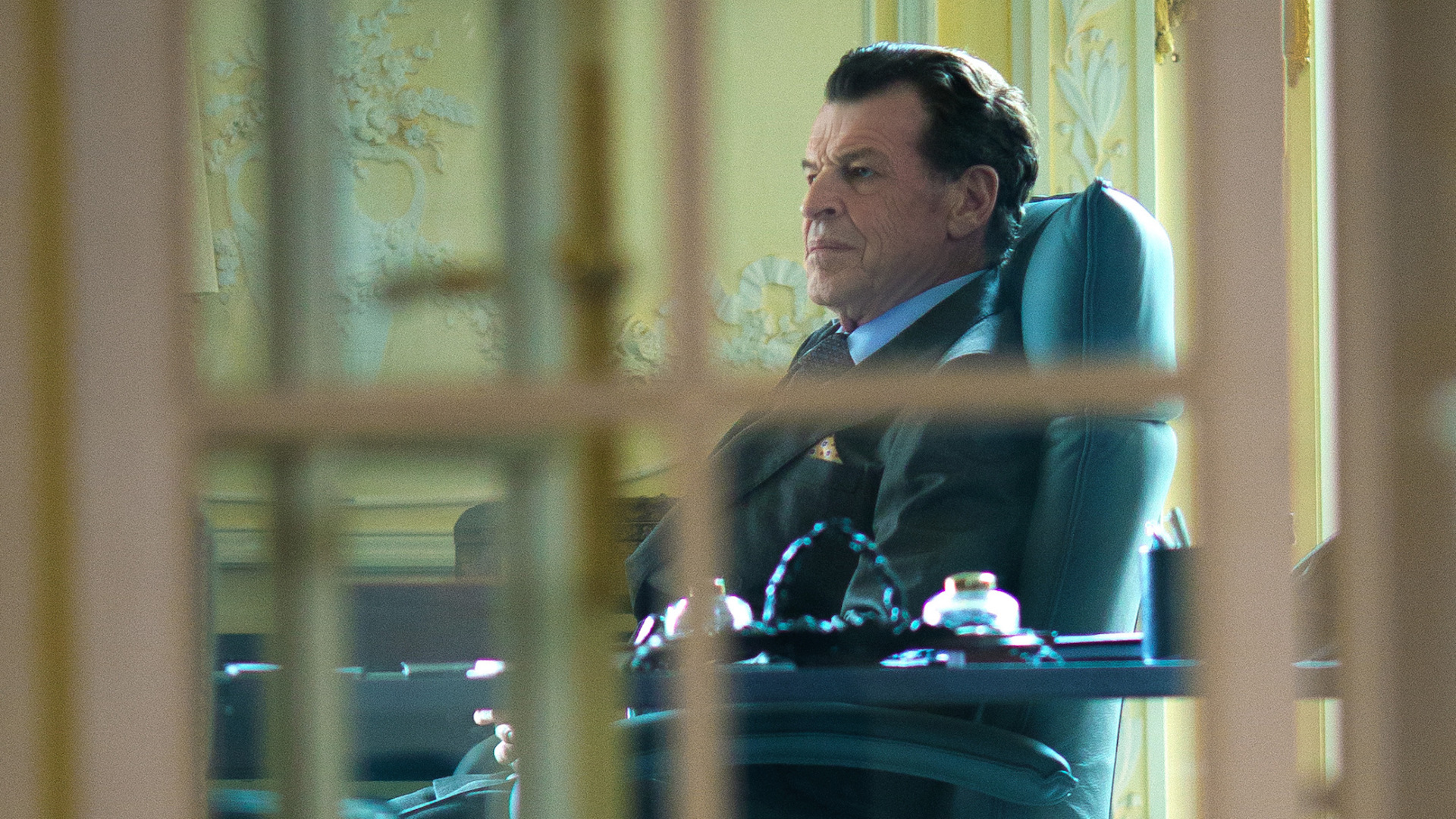 Morland will be helping Sherlock and, given his background, will be using some of his contacts to do so. But he won't be a constant. "You'll see him and then he might disappear for a couple of episodes," said Noble.

"There will be stories in which Morland lends a hand with the investigation, but he's not a detective by trade," added Doherty. "He solves much, much bigger problems—global problems ... Sherlock enjoys people with resources, so we'll see him turn to Morland for help." 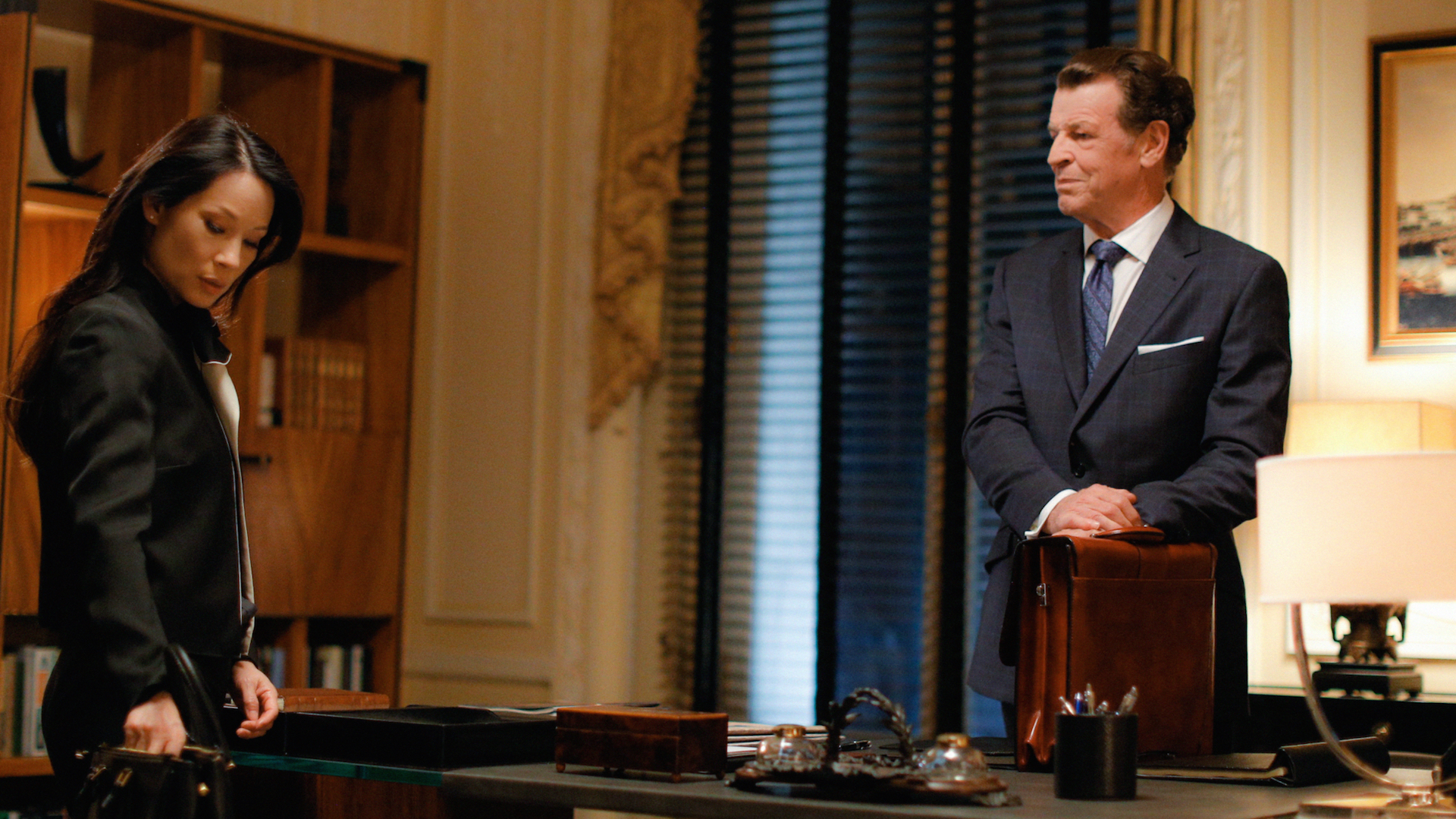 The big night on CBS

Season 4 of Elementary will continue one of the most important legacies in all of storytelling. Will Sherlock and Morland's relationship continue to be strained? Will Sherlock forgive his father? Will Morland expose more of the detective's past? Doherty knows the answers are part of a big responsibility.

"The character is utterly timeless," he said. "Sherlock has been through so many hands over the course of his 'lifetime' and been featured in so many different settings and eras, it's not easy exactly, but it's been done. You can see who's done it well, who hasn't, and then try to forge the best and most original path that you can. It was less tricky bringing Sherlock into the modern era than it was bringing him to New York and portraying him as a recovering drug addict."

Find out where it will all lead when Elementary premieres on Thursday, November 5th at 10/9c.