Lucy Liu Takes Stock Of Elementary, A Character's Death, And Life As A Director

Could Watson ever abandon Sherlock? Find out in an exclusive interview with the Elementary star—and director of "Moving Targets."
Lucy Liu, who stars as Joan Watson on Elementary and directed the episode "Moving Targets," shares her take on being behind the camera, Joan's emotional story arc, and more. 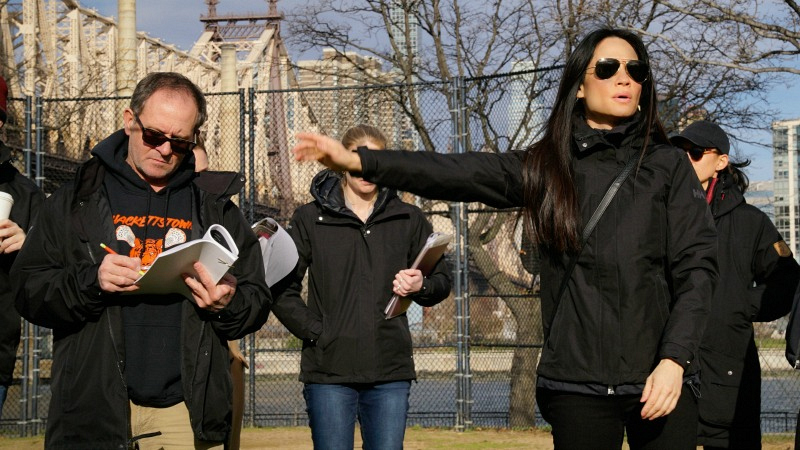 This is your third time in the Director's chair on Elementary, congratulations! What is it like directing AND acting in an episode. Does it get easier or harder over time?

Lucy Liu: Thank you! I always have such an incredible time directing and it's a special privilege when I have the opportunity to direct on this show, which I know so thoroughly from the inside out. Acting and directing at the same time is always a logistical challenge—mostly because I have to prep for the episode at the same time that I'm acting in the previous one. It's busy and hectic, but I love it!

I wouldn't say it gets easier, but having more experience directing and acting simultaneously now does help me to stay organized and know what to expect. I'm incredibly lucky to have such a top rate cast and crew to help me. I love being able to implement decisions from the outside and then see them realized from the inside—it's exciting and such an adrenaline rush once we actually begin filming. Directing is truly a passion for me.

When directing, do you prefer sticking to the original script, or do you like leaving room for improvisation on set?

Lucy: I generally stick to the script. Elementary is a thoroughly written show and I think the writers do a great job of thinking about each scene from every angle. I like to honor the work they do. At the same time, we have some incredible actors in this show, and I want for them to feel free inside of their decisions for their characters as well. It's a balancing act, but for a complicated and layered show like this, I tend to stick to the original intent from the creators. 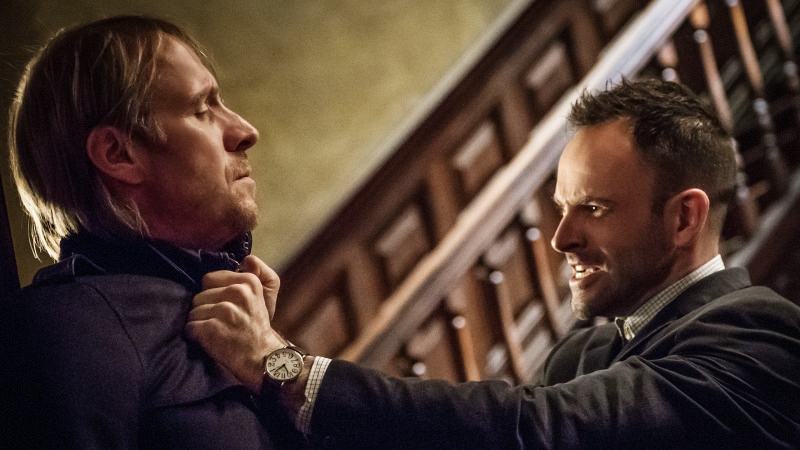 What was it like directing a scene on location at Chelsea Piers?

Lucy: Loved it—it was so fun! It's always nice to shoot on location—especially by the water. We also lucked out because it was a beautiful day outside. The energy from the cast and crew elevated everything, so we had a good time. My son came to visit me at the location and he had a blast playing around with all the speciality background professionals we had for that scene. We had giant bubbles, balloon animals, jugglers, you name it! It was like a dream for him!

This is a very emotional episode for Joan, how did you prepare considering your dual role?

Lucy: It's definitely an emotional episode for Joan. Over the course of her arc on the show as a whole, she experiences a wide range of moral dualities—she's constantly having to make decisions while taking into consideration the immense effect they could have on the people around her. In terms of preparation, I had to mentally dig back through her experiences and think about her head space in this current moment—she's been through a lot in the last few years.

It's always helpful for me to think about her recent past and consider the "why" when she has emotional reactions. In the case of Shinwell—I am always re-defining her attachment to him. I think at this point she feels incredibly protective of him for many reasons, and his loss weighs heavily on her—in some ways she feels responsible for his downfall. 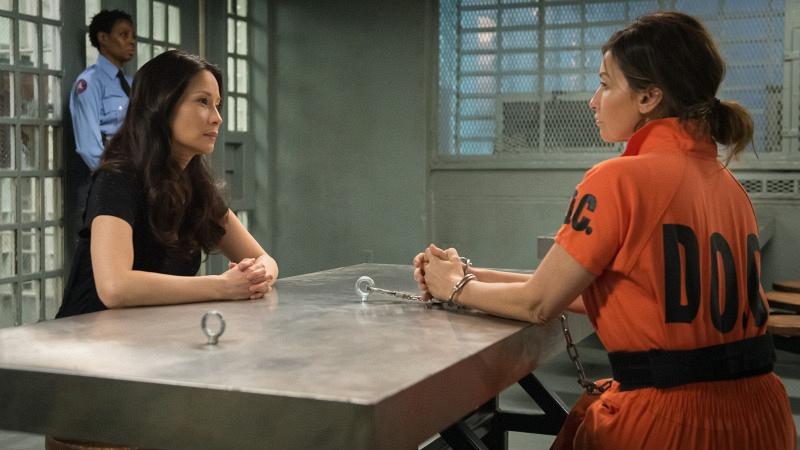 What was your reaction when you found out Shinwell would be murdered, and what was it like directing his last episode of Elementary?

Lucy: When I heard Shinwell would be murdered, I wasn't all that surprised to be honest. I think the writers did a great job of making the viewer root for him, despite his past transgressions and questionable morality. I think in the end we want to know that he is, at his core, a good person. Being that deep inside of a dangerous gang like SBK, he had to know that he was walking on delicate ground—he could blow his cover at any moment.

I think it makes sense that in the end he would essentially sacrifice himself for the greater good. Directing his last episode was bitter-sweet. I've had a great time working with Nelsan [who plays Shinwell]—he's incredibly talented and a wonderfully complex addition to the show. I'm sad to see him go, but I think his arc was fulfilled in a very interesting way—his demise will leave an important imprint on the leads. 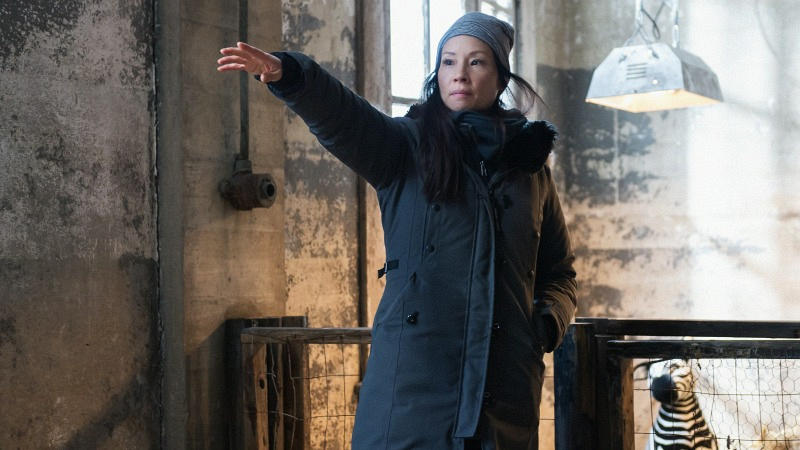 Sherlock said Shinwell was driven by revenge and Shinwell claims his actions are driven by a desire for atonement. What do you think fuels Shinwell's desire to take down SBK?

Lucy: I think atonement is part of it—and revenge was certainly a factor—but I don't think his motivation is quite so clear cut. I think he's human—he has a wide range of emotionally-based decisions, and sometimes it's hard to pinpoint exactly why he makes the choices that he does. He is constantly teetering back and forth between his desire to make up for his bad choices in the past, and having dangerous instincts formed by years and years of gang activity. In many ways we have to question whether its his innate characteristics that drive his actions or if he is simply a product of his experiences.

Sherlock expresses his fear of losing Watson should he ever "lose his way." But at this point, do you think there's any circumstance where Joan would actually abandon Sherlock?

Lucy: I believe resolutely in Joan's love for Sherlock. He is the cornerstone of the life she's built for herself, and I think his role in her life is of the utmost importance. If she does choose to betray or abandon him, I think it would have to be a result of some truly extenuating circumstances. He would have to really f***k up!

Watch Elementary on Sundays at 10/9c on CBS and CBS All Access.