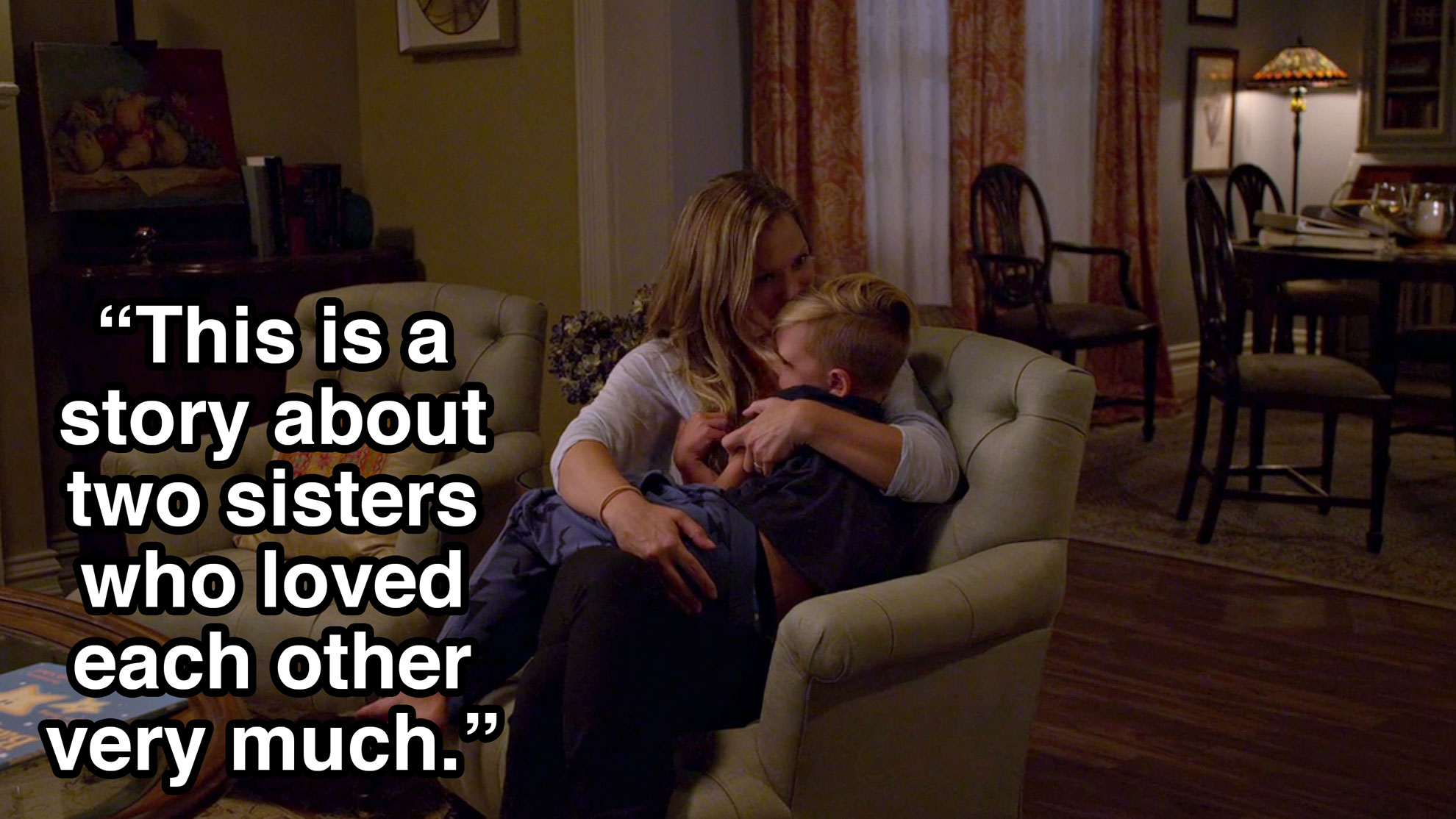 JJ opened up to Henry about her sister, Rosaline.

Throughout 10 seasons of Criminal Minds, JJ has mentioned in passing that she had a sister. When her mother arrived to babysit Henry so JJ could investigate a case, the mother and daughter discussed the tragic story of her sister who committed suicide. After wrestling with herself over the idea of telling Henry, JJ pulled him into her arms at the end of the episode and told him lovely stories about Rosaline. 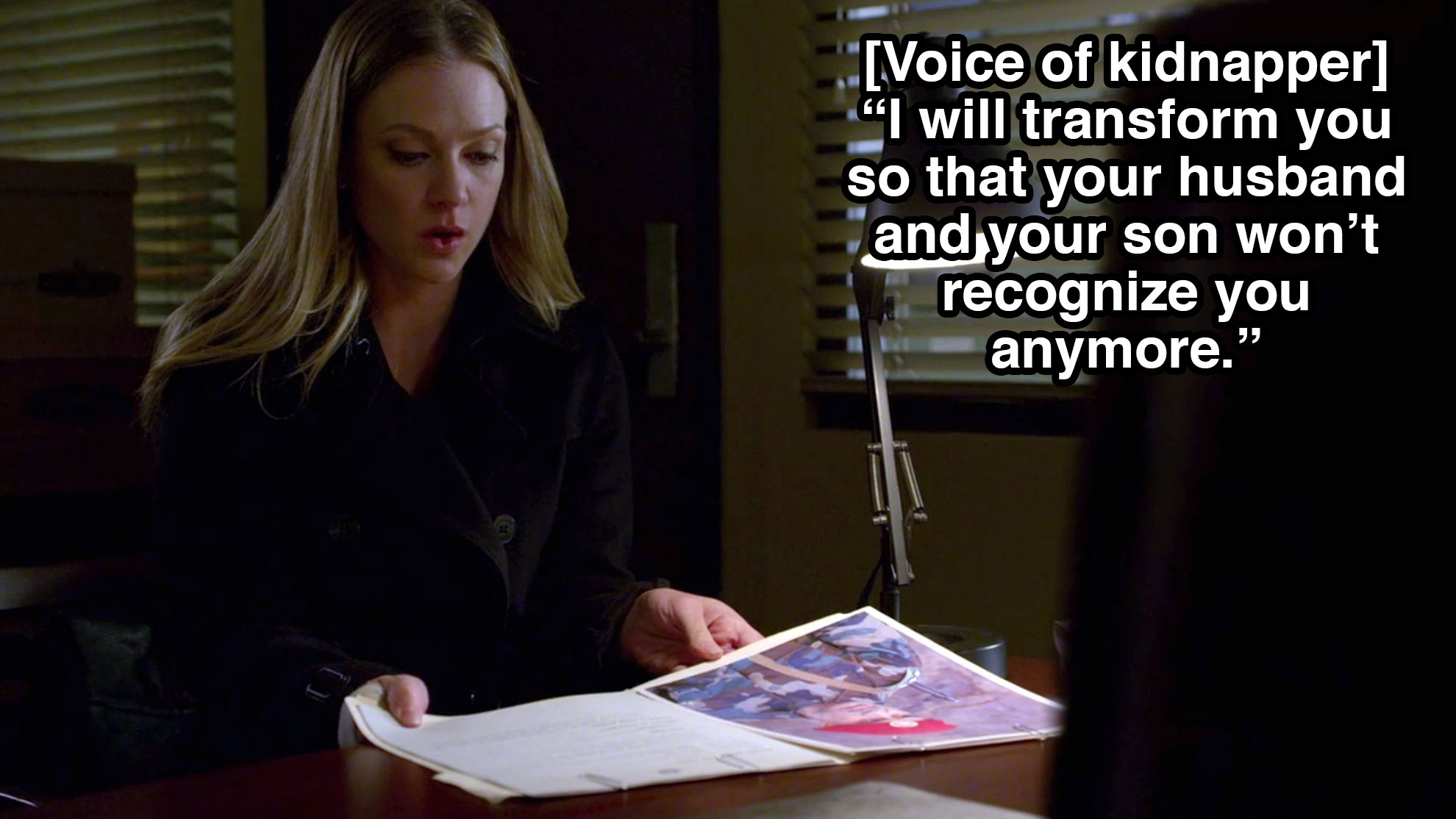 No one could forget the terror that JJ faced in Episode “200.” (Reminder: She was abducted and tortured a year ago.) After the case, Spencer Reid brought JJ the file on the man that double-crossed her, kidnapped her, and almost killed her. While reading the documents, a hallucination of the now-dead insurgent told her that he would always be with her and eventually ruin her life.

JJ slammed the file shut, silencing the voice, and was finally ready to put everything behind her with the help of her family. 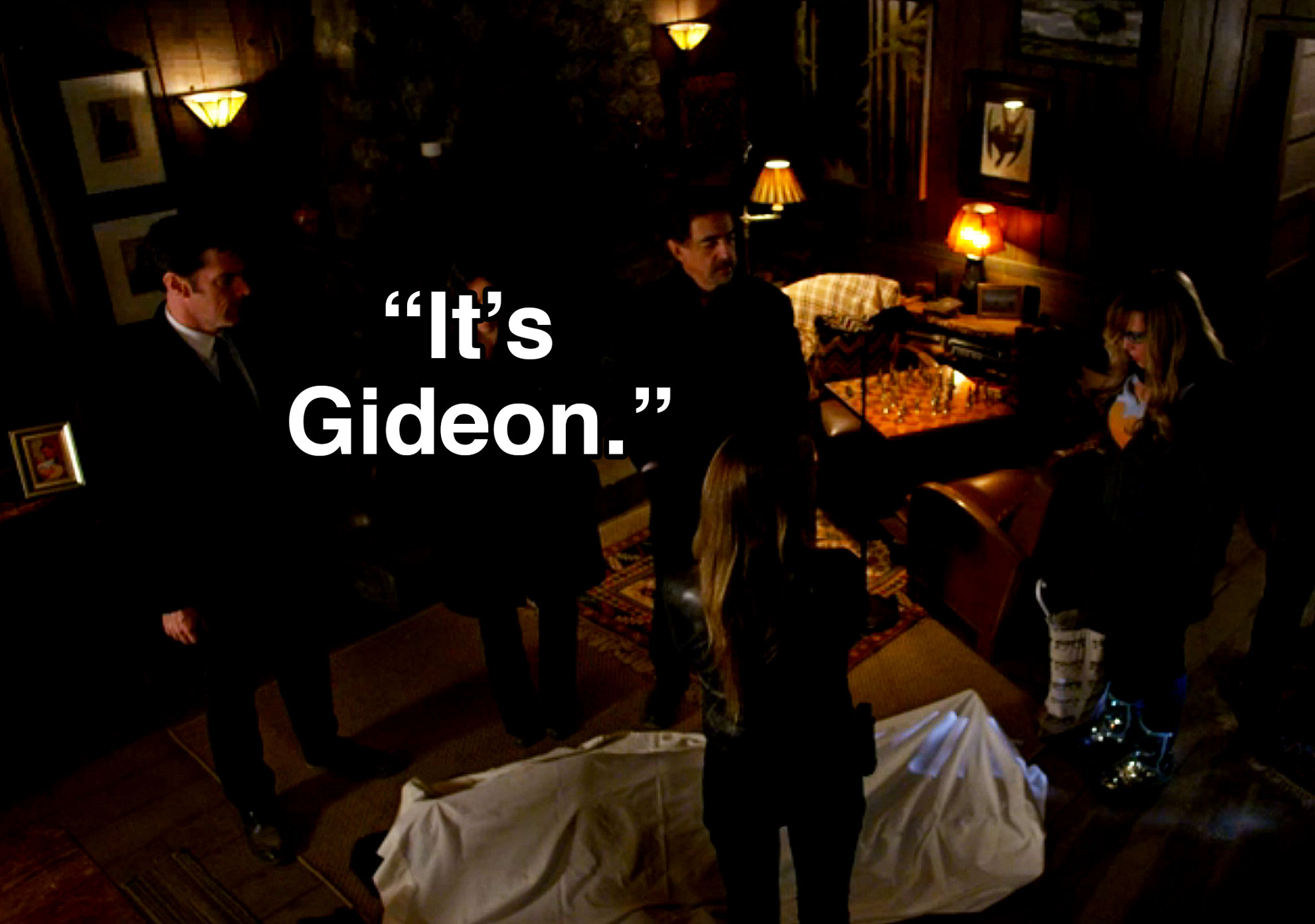 The team was called to a cabin, only to discover that Jason Gideon—who served as a key member of the BAU in Seasons 1 through 3—had been shot dead. Luckily, he left behind a series of clues meant to help the team finally catch the one UnSub that had alluded him his entire career. 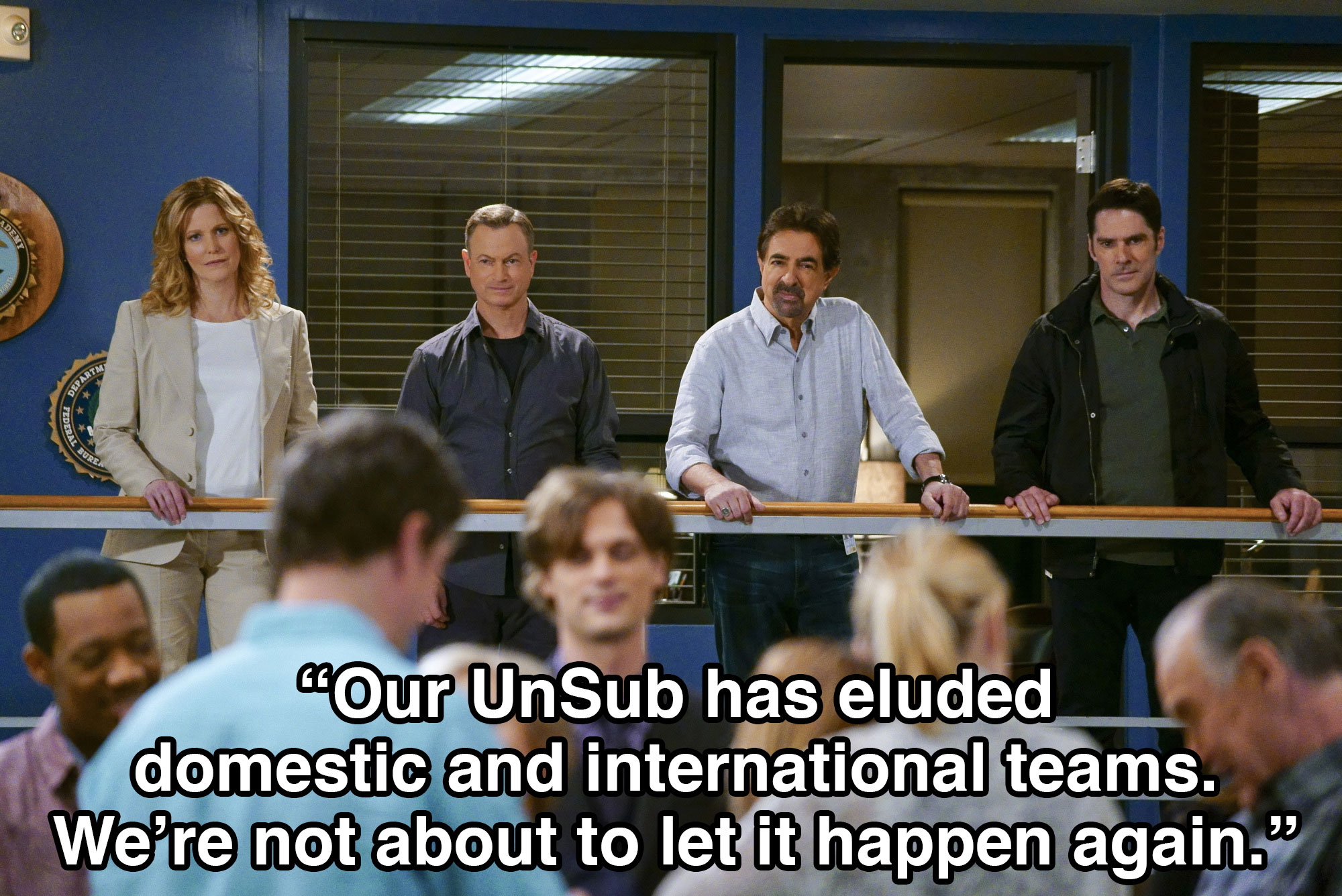 We met a brand new team!

When an American family of four was abducted while on vacation in Barbados, the BAU was called in to assist another FBI team that handles international cases.

Criminal Minds: Beyond Borders will solve some of the most important international cases this fall on CBS. 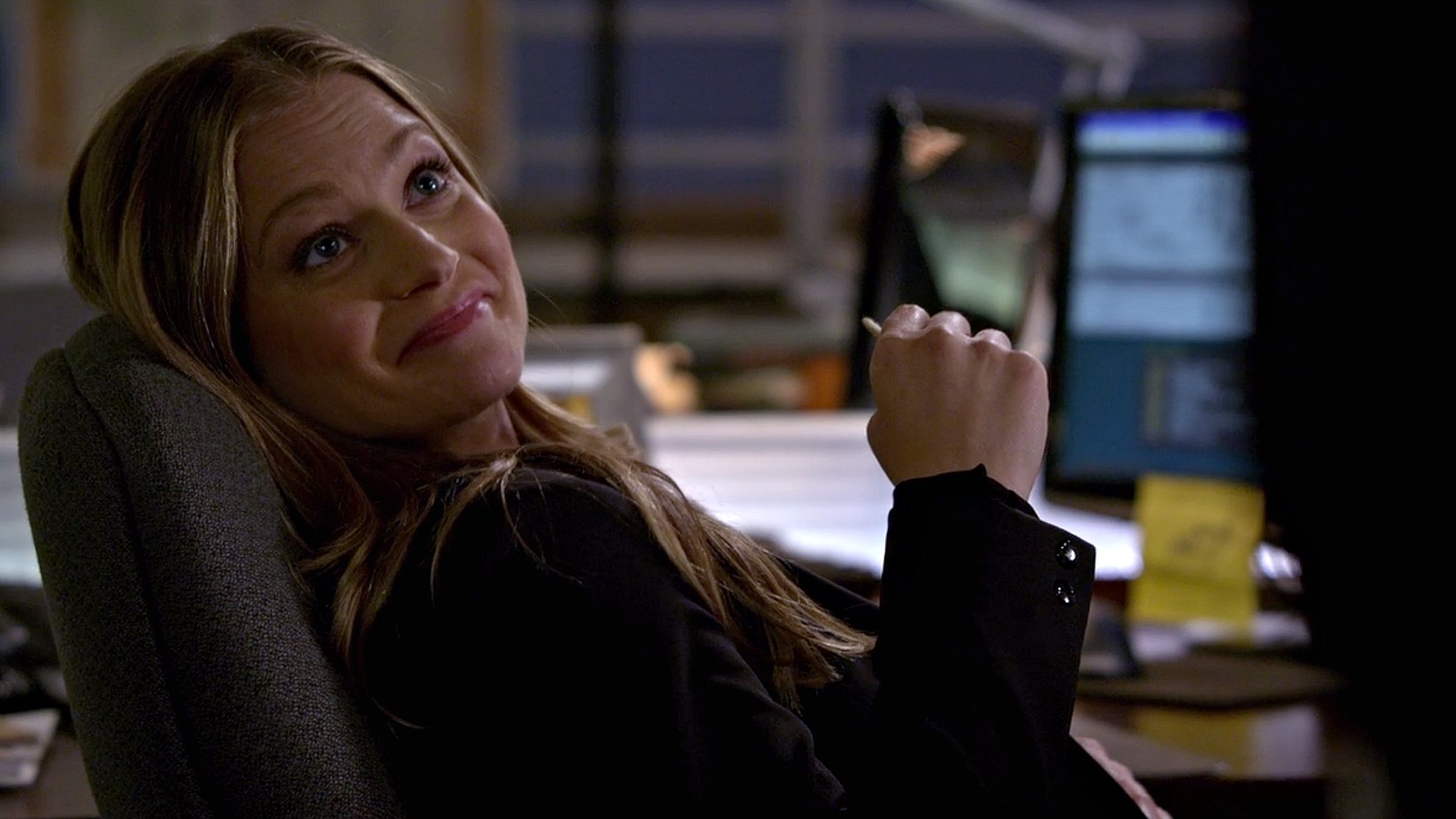 JJ announced that she was expecting!

Spencer spied JJ eating saltines and asked if he would be getting another godson. She responded sweetly with, “I don’t know, possibly a goddaughter!” 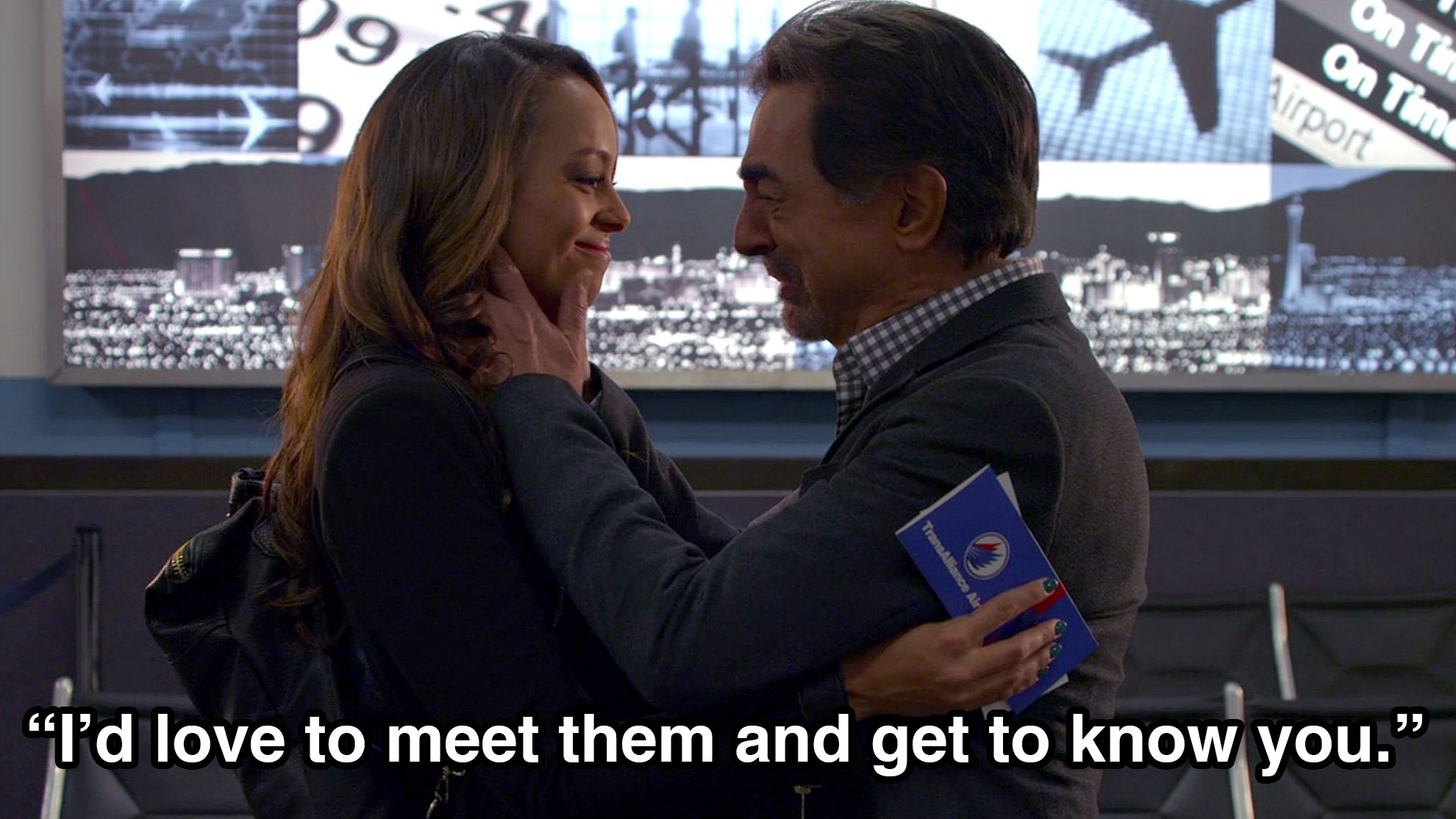 David Rossi found out he has a daughter—and a grandson.

When Rossi was approached by a young woman named Joy Struthers, she told him she is his daughter from one of his previous marriages. At first, Rossi didn't believe her, but he later realized that this was his chance to finally have a family.

Rossi chased after her and caught her at the airport just before her flight out, only to find that he not only has a daughter, but also a son-in-law and a grandson. The two embraced before embarking on the plane to both meet her family and begin cultivating a relationship together. 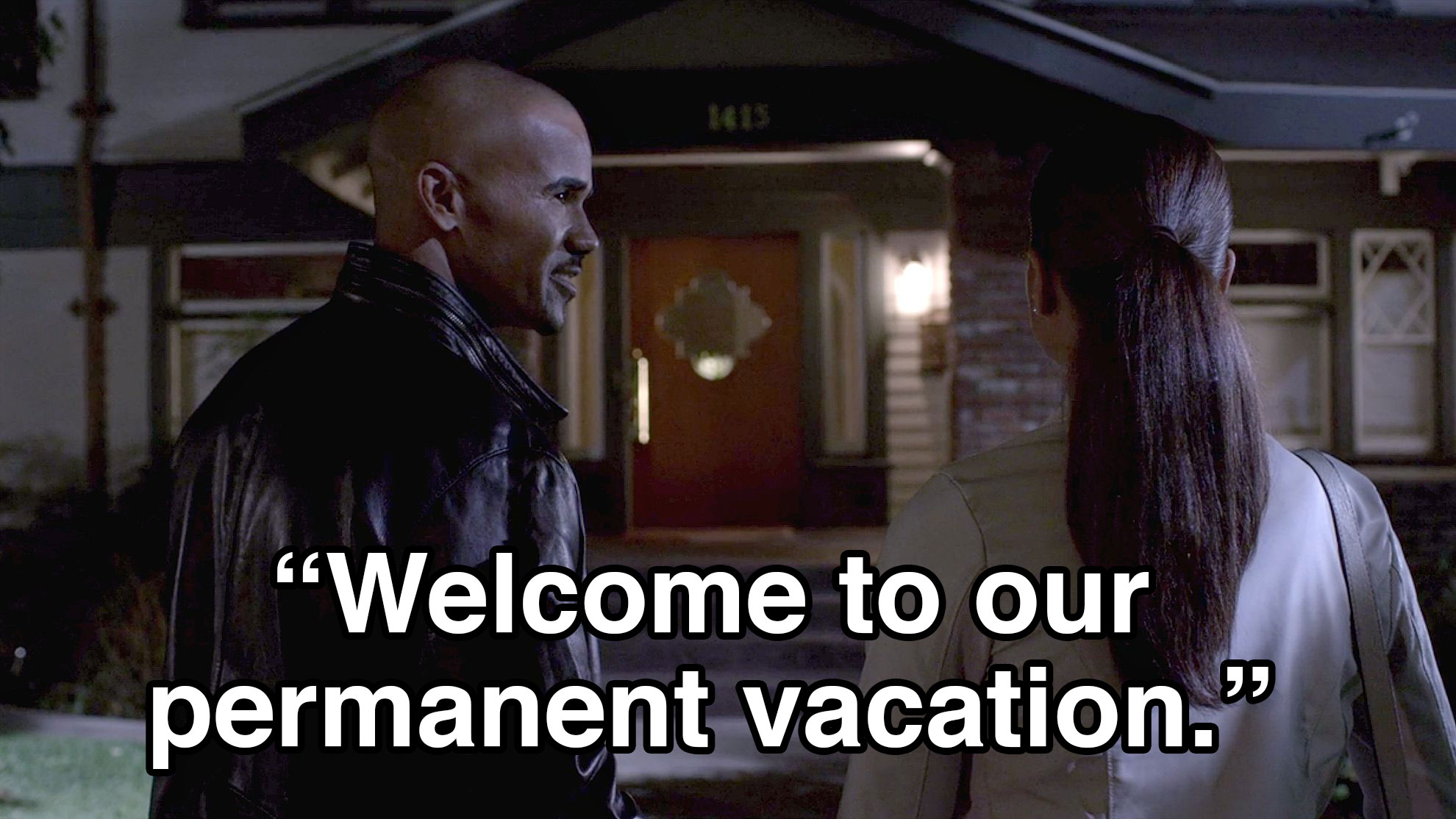 While these lovebirds had been dating for years, their demanding jobs made it difficult for them to find time together. Instead of trying to replace the many trips put on hold, Morgan took his relationship to the next level: by asking Savannah to move in with him. 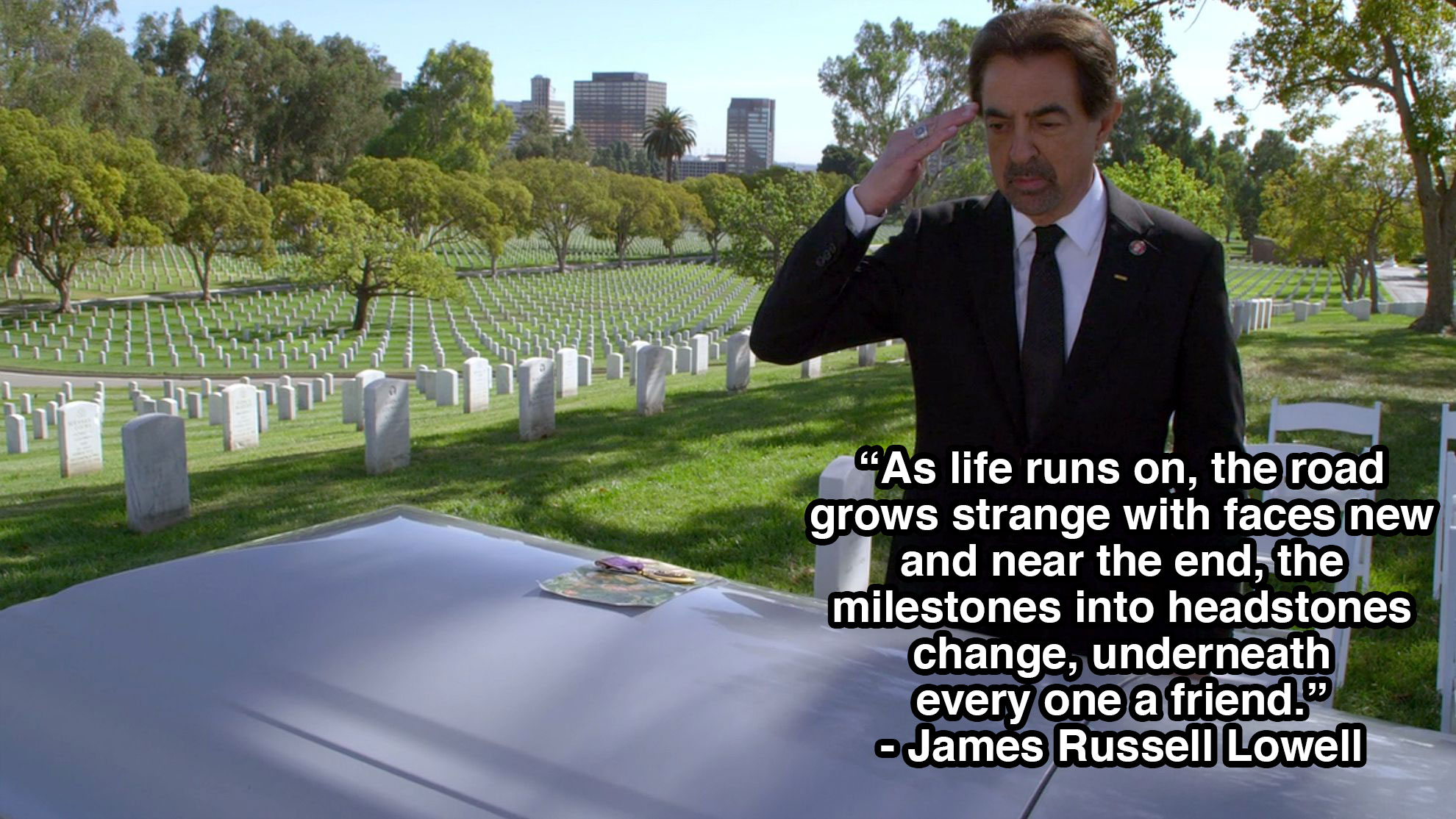 When Sergeant Scott died of lung cancer, David Rossi canceled his planned fishing trip with his daughter and grandson and immediately flew to Los Angeles. Once on the West Coast, Rossi paid for a military funeral with full honors. With the help of Penelope Garcia's Internet skills, many of the members of Scott and Rossi’s Vietnam platoon attended the funeral to pay their respects.

At the end of the episode, we saw a flashback of Sgt. Scott giving David Rossi a Purple Heart. Rossi solemnly placed it on Scott’s casket, along with an aged photo taken of their platoon. He walked away with his daughter, hand-in-hand, who showed up to support him. 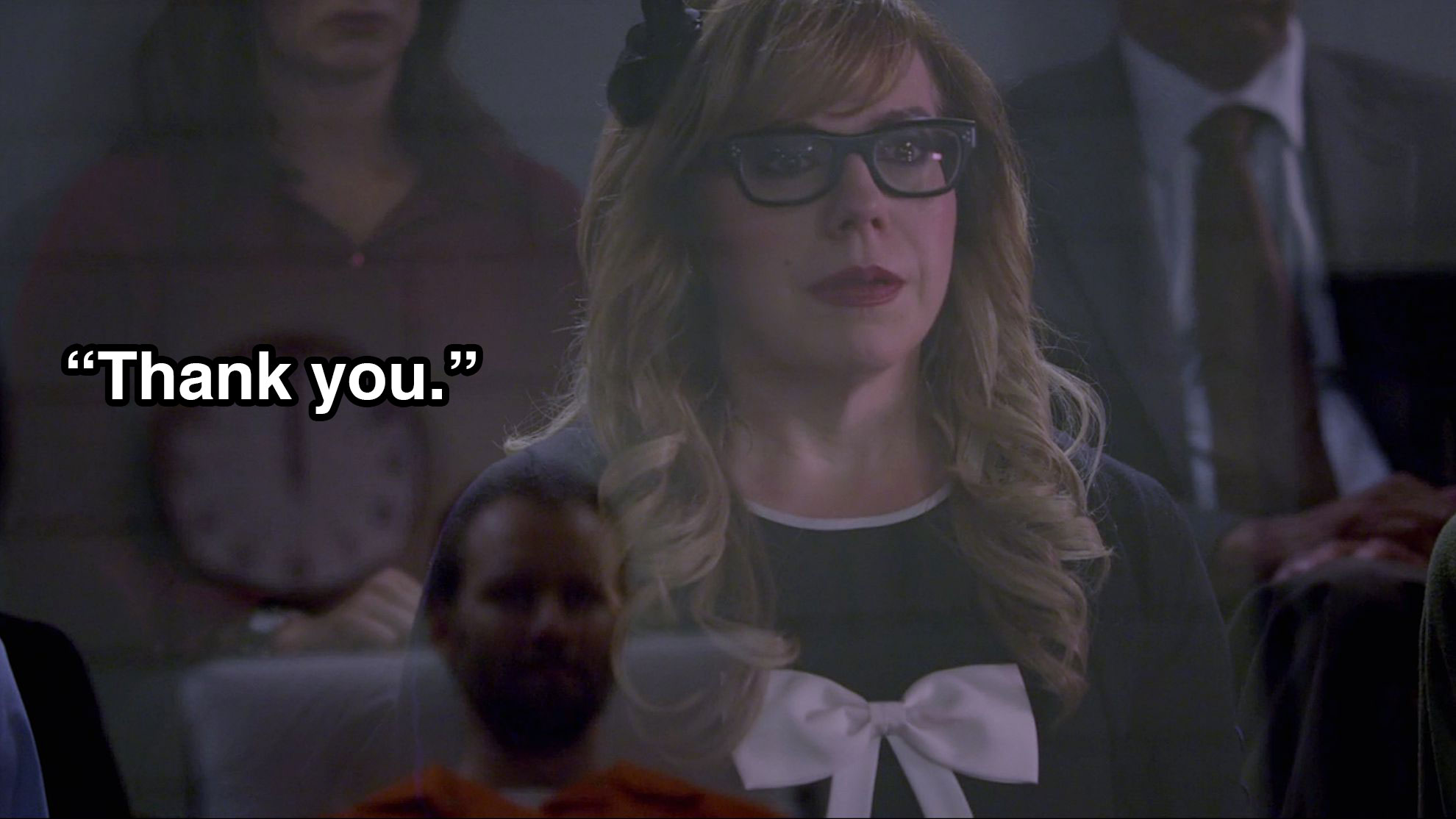 Penelope Garcia faced the man who attempted to murder her and Dr. Reid.

Against Derek Morgan's advice, Penelope Garcia travelled to Texas to visit the man who attempted to kill her and Spencer during the Season 9 finale. After many failed attempts to appeal the murderer’s death sentence, Penelope sought him out to speak to him before he died.

Originally, he didn’t want to talk with her but, on the date of his execution, he requested that she visit. After realizing that no one he knew cared about was going to come, he asked Penelope to be with him during the lethal injection. She sat amongst the 12 witnesses and watched him die as the clock struck 12. 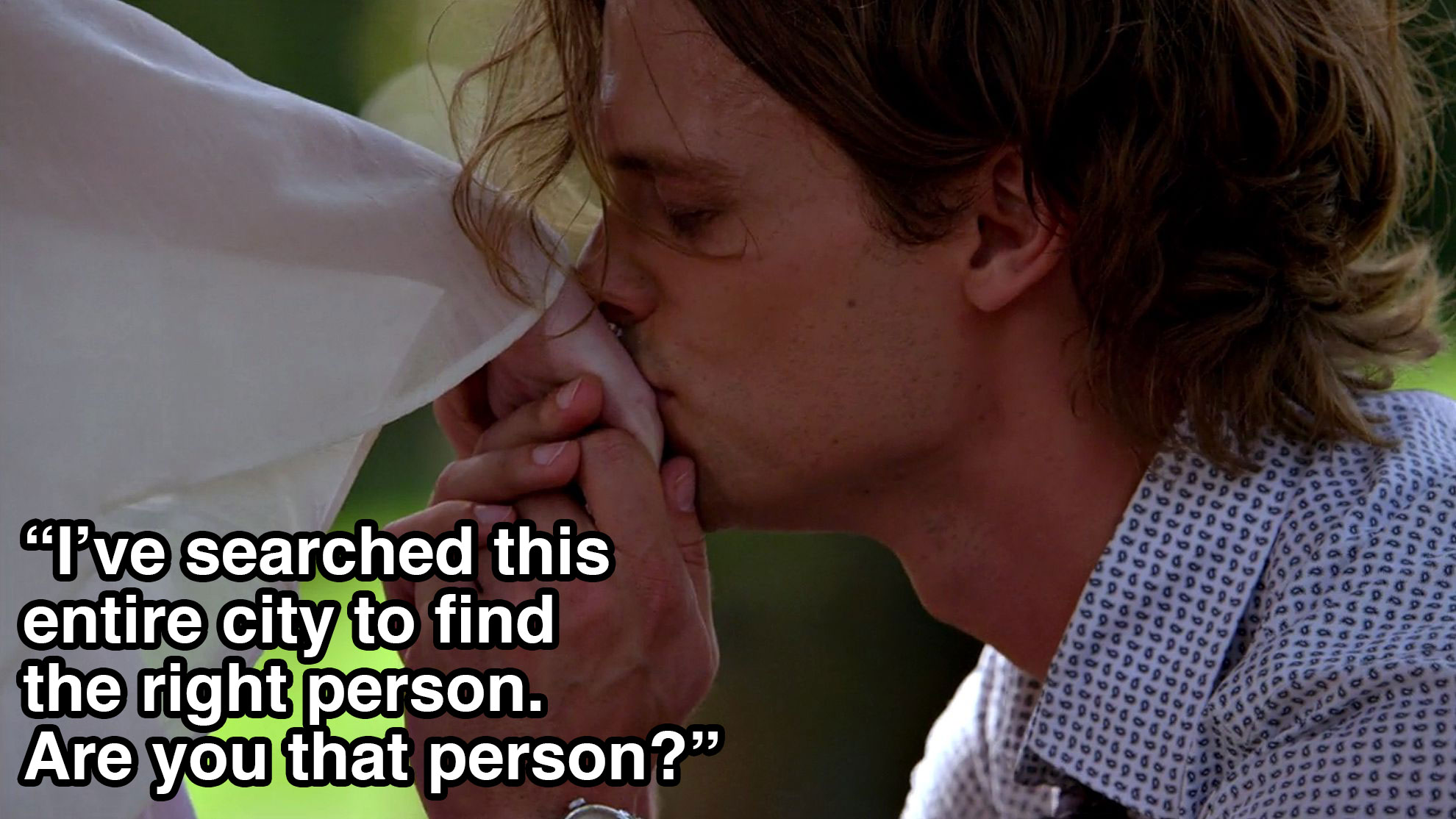 Dr. Reid was Prince Charming, but we already knew that.

In order to catch a female UnSub who believed her life was a fairytale, Aaron Hotchner asked Reid to approach her in a way that Prince Charming would. That way, it would reduce the likelihood of Cinderella killing herself—or her captive. Naturally, Reid played the part of Prince Charming perfectly. Swoon!