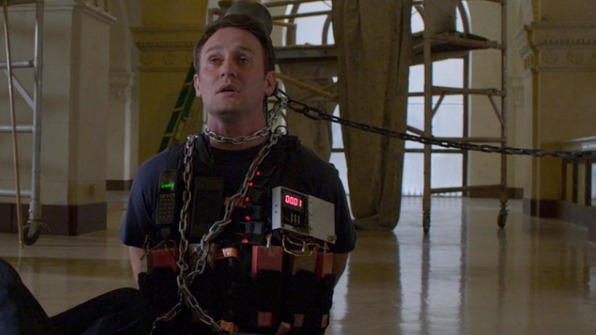 When Will was strapped with bombs.

JJ’s boyfriend was chained to two bombs in the middle of an empty building and is saved literally at the very last second by SSA Emily Prentiss, who refused to leave his side. 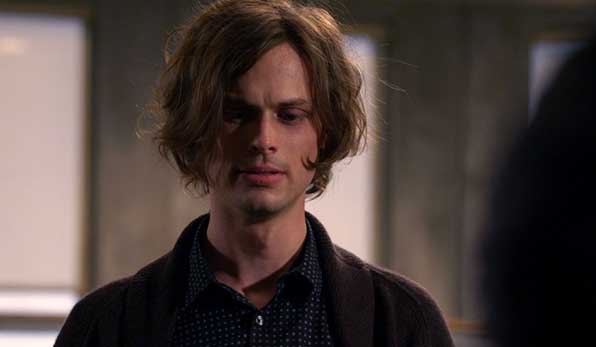 The BAU came together in support of Reid when Maeve went missing. Using their off time, the team was willing to do anything to help their friend. 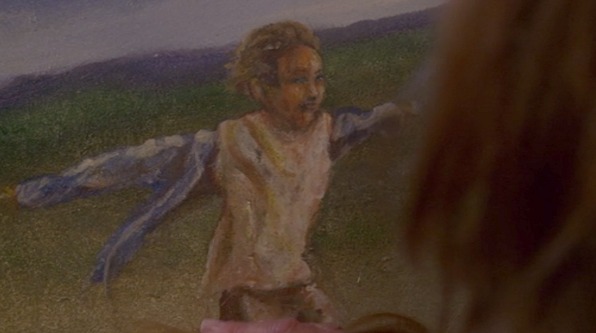 When a woman chose to be executed for her husband's crimes.

When a husband and wife who had spent years on death row were to be executed. The husband kidnapped, raped, and killed numerous young women over many years, while the wife is believed to have killed their infant son.

The BAU discovered that the boy is alive and well, and that the wife had given him up for adoption to save him from her dangerous husband. At the last minute, she begged the team to allow her to be executed and to not tell her son, now 16, who had a happy, successful life with his adoptive family. 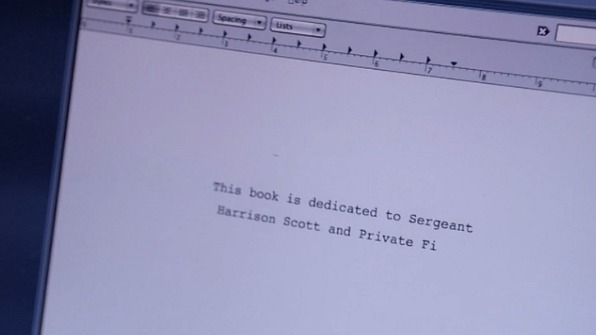 When SSA David Rossi ran into the sergeant of his platoon in Vietnam.

SSA David Rossi ran into his Sergeant from Vietnam while the BAU was on a case in Los Angeles. Sergeant Scott had fallen off the wagon and was living on the streets near the beach. Sergeant Scott revealed to Rossi that his alcoholism – and subsequent homelessness – was a result of guilt for having accepted an award that he hadn’t earned.

When pressed, Scott told Rossi that while the their platoon was in the fields of Vietnam, a fellow Marine named Hernandez died when he jumped on a landmine to save their lives. Afterwards, Rossi and Scott presented Hernandez’s grandson, also a Marine, with the medal that his grandfather earned long ago.

At the end of the episode, Rossi dedicated his most recent book, Evil Never Rests, to Scott and Hernandez, “two men who saved [him] so that [he] could save others.” 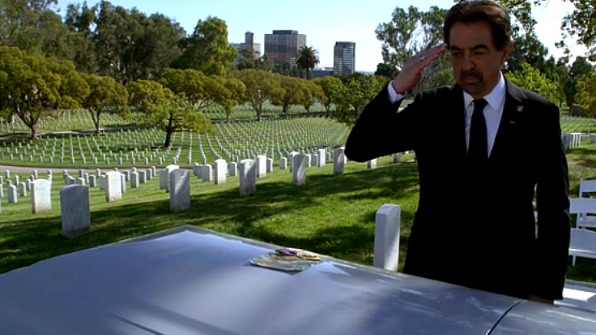 When Sergeant Scott passed away.

When Sergeant Scott died of lung cancer and Rossi immediately flew to Los Angeles. Rossi paid for a military funeral with full honors for Scott’s son Thomas, Thomas’ wife, and their son.

Many of the members of Scott and Rossi’s platoon from Vietnam showed up to pay their respects. At the end of the episode, we saw a flashback of Scott giving Rossi a Purple Heart award. Rossi solemnly placed it on Scott’s casket, along with an aged photo taken of the platoon in Vietnam. 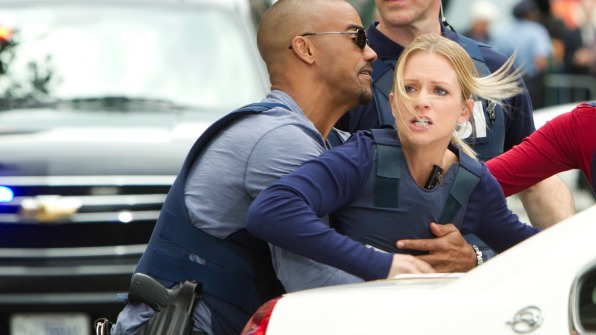 When Will entered a bank under siege by bank robbers.

An international team of bank robbers decided to take hostages when their heist does not go according to plan. JJ’s boyfriend was on duty and was immediately called to the scene. He managed to shoot one of the three robbers, which angered the remaining two so intensely that they demanded that he come into the bank unarmed or they would shoot all of the captives. He immediately decided to go in while JJ could only scream in panic while the team held her back. 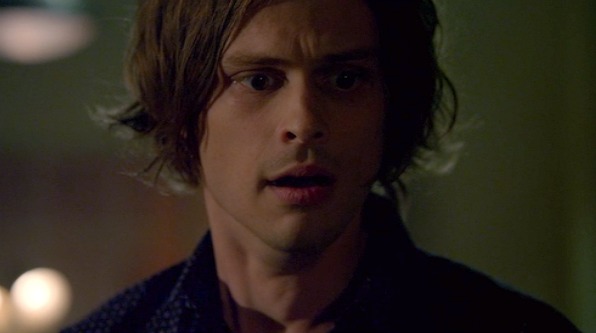 When Maeve was shot dead.

Despite the intense efforts of the team, Dr. Reid’s first love was murdered right in front of them. 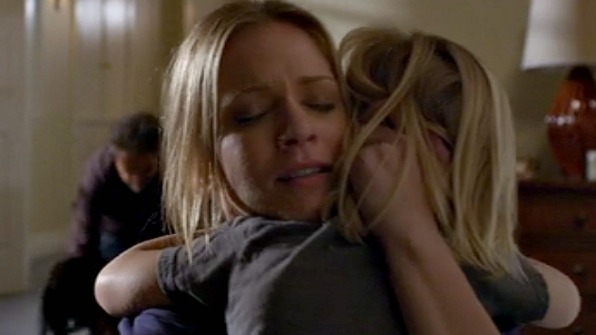 When JJ tearfully embraced Henry after an UnSub tried to kill him.

While Will was trapped in the building, chained to a bomb, JJ rushed home to find one of the bank robbers in her house attempting to kill her son. JJ beat the living daylights out of her and ran to find Henry. She saw him shaking in fear in a closet and pulled him into the tightest embrace. 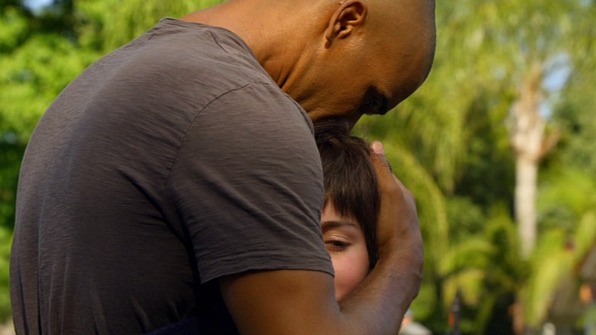 When SSA Derek Morgan was reunited with Ellie.

In the finale of season 5, the team investigated a serial killer that had been murdering families during the night for 26 years. Eventually the case led Derek and Detective Spicer, a local officer, to Spicer's home, where the killer was holding the officer's sister and daughter hostage. The killer had raped and severely beaten Spicer's sister and was holding a gun to his daughter, Ellie's, head when the two entered the room. The killer disarmed Derek and forced Spicer to his knees. Spicer begged Derek to save Ellie. Derek promised he would and the killer executed Spicer. In one of the most intense cliff-hangers, the season ended with Derek being knocked unconcious by the killer.

In the premiere episode of season 6, Derek wakes up to find that the killer has gotten away with Ellie in tow. The team worked hard to find them and eventually the episode ended in a face-off with Derek and the killer. When the dust settled, Derek left the scene to see Ellie safe, wrapped in a blanket outside. The two embrace in a tearful hug. 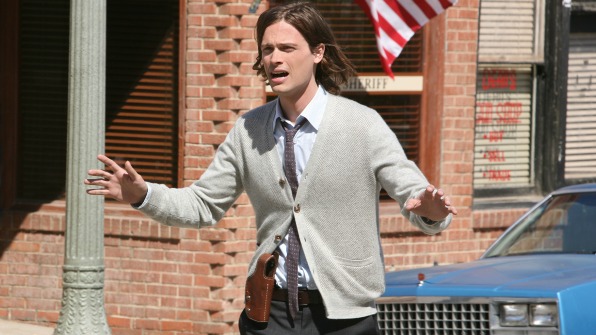 When Dr. Spencer Reid risked his own life to save a killer.

When the team was called to Texas to catch a spree killer that was murdering classmates that bullied him and his girlfriend, the case really resonated with Reid. Spencer, who had been ruthlessly abused in high school, lied to the rest of the team in order to get to the boy before they did so that he could convince him to turn himself in. Because of the small-nature of the town, the boy had decided that he would rather commit suicide by cop than turn himself in, but Reid promised him that he would protect him.

Spencer kept his promise, evening standing between his own team and the boy in order to prevent them from shooting him. 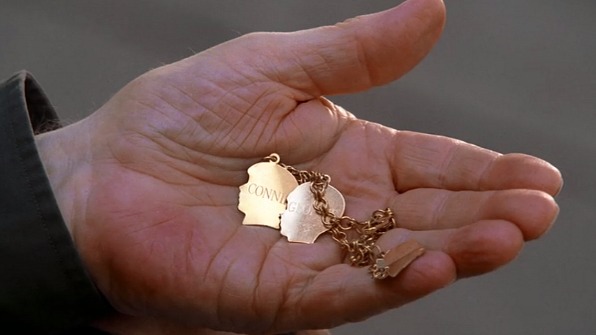 When SSA David Rossi kept his promise to three young children and found their parent's murderer.

Early in David Rossi's career, he had a case that involved a double-homicide of parents of three young children in their home. The children's grandmother gave Rossi a charm bracelet inscribed with the children's names so that he wouldn't forget the unsolved murders. The case tormented Rossi, and was the reason that he returned to work at the BAU instead of continuing his successful writing career.

When the BAU was called to the same area for an eerily-similar murder, Rossi's memories of the case flooded back to him. The team connected the cases and eventually caught the killer. David notified the now-adult children that he had never forgotten that their parent's murderer was finally captured.

He handed the bracelet to children and hugged them each goodbye. As he got back into his car, the eldest sibling ran to him and asked him to hold onto the bracelet to always remember how grateful they were. 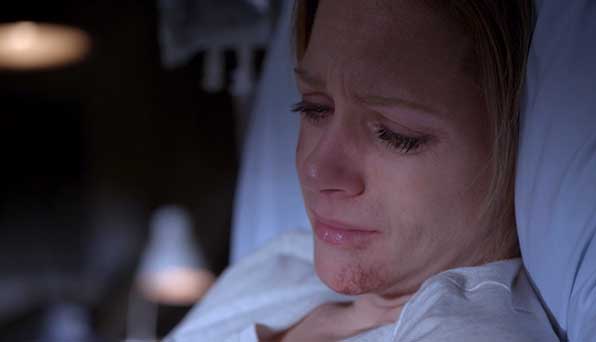 When JJ lost her unborn child.

When JJ was abducted and tortured for information and intel related to her perious work in Iraq, there was flashback.

When JJ was working overseas with State Department, she told Section Chief Cruz in confidence that she was pregnant. Shortly after, her humvee and several others were blown apart by insurgents, knocking her unconscious. When she awoke, she was lying in a medical tent with Cruz by her side. Just by the way that he was looking at her, she knew. She cried in disbelief when Cruz tearfully told her that she had lost her unborn child in the attack.