How To Vote For Celebrity Big Brother's Power Of The Publicist

Here's how you can give your favorite Celebrity Houseguest an advantage in the game!
The Celebrity Big Brother Houseguests may still be reeling from the revelation that The Mooch wasn't a real HG, but they're about to endure yet another twist—and it's up to you to impact the game!

The Power of the Publicist will allow the chosen Houseguest to remove him or herself from nomination at one of the next two Nomination Ceremonies or Veto Meetings. The power can only be used once and expires after the Veto Meeting on Feb. 4, 2019, whether it is used or not.

All you've got to do is tweet the hashtag corresponding with the Houseguest of your choice, and then tune in on Wednesday, Jan. 30 at 8/7c to see who viewers chose to receive the power. 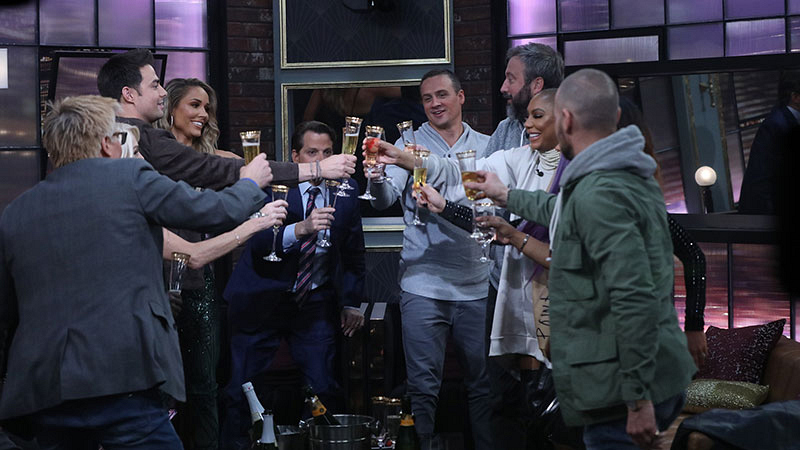 POWER OF THE PUBLICIST VOTING PROGRAM

VOTING OPEN TO RESIDENTS OF THE UNITED STATES; (EXCLUDING PUERTO RICO, THE U.S. VIRGIN ISLANDS, AND OTHER COMMONWEALTHS, TERRITORIES AND POSSESSIONS OF THE UNITED STATES); 18 YEARS OR OLDER OR WITH PERMISSION FROM PARENTS OR GUARDIAN. DATA CHARGES MAY APPLY TO PARTICIPATE IN THE PROGRAM.

1. Acceptance of Terms and Conditions. By voting on the Power of the Publicist Voting Program (the "Program") you hereby accept and agree to the terms of the Program, accessible at cbs.com/cbbvote. The Program is also subject to the online instructions accessible at cbs.com/cbbvote ("Instruction Page") incorporated herein by reference, and the CBS Interactive Inc. Terms of Use found at http://legalterms.cbsinteractive.com/terms-of-use.

3. Power of the Publicist Vote Description:  During the Voting Period, viewers of the Celebrity Big Brother 2 television program will be asked to interact with the show by voting for a Houseguest to receive a special reward via the platform stated below. The eligible Houseguest who receives the most votes during the voting period will receive the Power of the Publicist reward, allowing the Houseguest to remove him or herself from nomination at one of the next two Nomination Ceremonies or Veto Meetings. The Power can only be used once and expires after the Veto Meeting on February 4, 2019, whether it is used or not. Evicted Houseguests are not eligible to receive votes for the Power of the Publicist. Viewers will vote via the BB Web Site. There is no maximum number of votes per user, during the Voting Period.

4. How to Participate:
Voting: Participants may vote, during the Voting Period, on the platform as described herein.

Participants may access the voting platforms via their computers and/or mobile devices.

If you are a wireless service subscriber and have a smartphone, tablet or other wireless device that allows you to access this Program, you may also vote via any of those devices during the Voting Period. Please be aware that you may be charged data rates according to your Service Agreement with your wireless carrier. Participants should check rate plans and charges related to their participation in this Program.

IN NO EVENT WILL SPONSOR, ITS PARENT, SUBSIDIARY, LICENSEES, AND/OR AFFILIATES AND RELATED COMPANIES, THEIR SPONSORS, ADVERTISING OR PROMOTION AGENCIES OR THEIR RESPECTIVE OFFICERS, DIRECTORS, EMPLOYEES, REPRESENTATIVES, AND AGENTS (COLLECTIVELY, THE "ADMINISTRATORS"), BE RESPONSIBLE OR LIABLE FOR ANY DAMAGES OR LOSSES OF ANY KIND, INCLUDING DIRECT, INDIRECT INCIDENTAL, CONSEQUENTIAL OR PUNITIVE DAMAGES ARISING OUT OF LOST, INCOMPLETE, LATE, DAMAGED, OR ONLINE COMMUNICATIONS; FAILURES OR MALFUNCTIONS OF PHONES (INCLUDING WIRELESS PHONES/HANDSETS); PHONE LINES OR TELEPHONE SYSTEMS OR OTHER COMMUNICATIONS MALFUNCTIONS; CELLULAR EQUIPMENT TOWERS, TELEPHONE SYSTEMS OR WIRELESS SERVICES; INTERRUPTED OR UNAVAILABLE NETWORK OR SERVERS; MISCOMMUNICATIONS, FAILED COMPUTER HARDWARE OR SOFTWARE OR OTHER TECHNICAL FAILURES; GARBLED, LOST, MISROUTED OR SCRAMBLED TRANSMISSIONS; ANY ERROR, OMISSION, INTERRUPTION, DEFECT OR DELAY IN ANY TRANSMISSION OR COMMUNICATION; TRAFFIC CONGESTION OR FOR ANY OTHER TECHNICAL PROBLEM; ERRORS IN RECEIPT OR TABULATION OF VOTES VIA ONLINE VOTING.

5. Additional Disclaimers: If for any reason the Program is not capable of being executed as planned, or if there is an infection by computer virus, bugs, tampering, unauthorized intervention, fraud or technical failures, or if any other causes beyond the control of Administrators corrupt or affect the administration, security, fairness, integrity, or proper conduct of this Program, the Administrators reserve the right, in their sole discretion, to withdraw the transmission of, or to disqualify, any vote.  Furthermore, the Administrators may temporarily or permanently disqualify from any promotion any person they believe has violated these terms, terminate or suspend voting at any point, and/or declare the vote results based on the votes up to that point, if it appears that the voting process has been so distorted by hacking or other interference that the results would not reflect actual valid votes should the voting continue.  In the event of technical difficulties with the voting, Administrators reserve the right to review the votes for accuracy and to take any appropriate action, including, without limitation, voiding the votes cast during the Voting Period in which such technical difficulties occurred.  Administrators and their respective agents, officers, directors, employees, subsidiaries and affiliates assume no responsibility for any injury or damage to participants or to any other person's computer relating to or resulting from entering or downloading materials or software in connection with this Program. Administrators are not responsible for telecommunications, network, electronic, technical or computer failures of any kind, for inaccurate transcription of voting information, errors in any promotional or marketing materials, for any human or electronic error, or for votes that are stolen, misdirected, garbled, delayed by computer transmissions, lost, or late.

These Terms and Conditions are subject to change at any time at the sole discretion of the Administrators. Notification regarding any such change will be posted on the BB Web Site at www.CBS.com.

Administrators reserve the right, for any reason and in their sole discretion, to modify, suspend or discontinue the Program without prior notice.

Caution: Any attempt by an individual to deliberately damage any online service or website, tamper with the voting process, or otherwise undermine the legitimate operation of the Program is a violation of criminal and civil laws and should such an attempt be made, Administrators reserve the right to seek damages and/or other remedies from any such person to the fullest extent permitted by law.

6. Conditions for Voting:
Administrators reserve the right to disqualify, block or remove any votes from any individual who votes by any electronic, mechanical or automated means, or otherwise tampers with the Program, or for any other reason, as determined by Administrators in their sole discretion.

Administrators are not responsible for any damages to voters' device(s) that may occur from use of service. Administrators reserve the right, for any reason and in their sole discretion, to modify, suspend or discontinue the Program without prior notice.