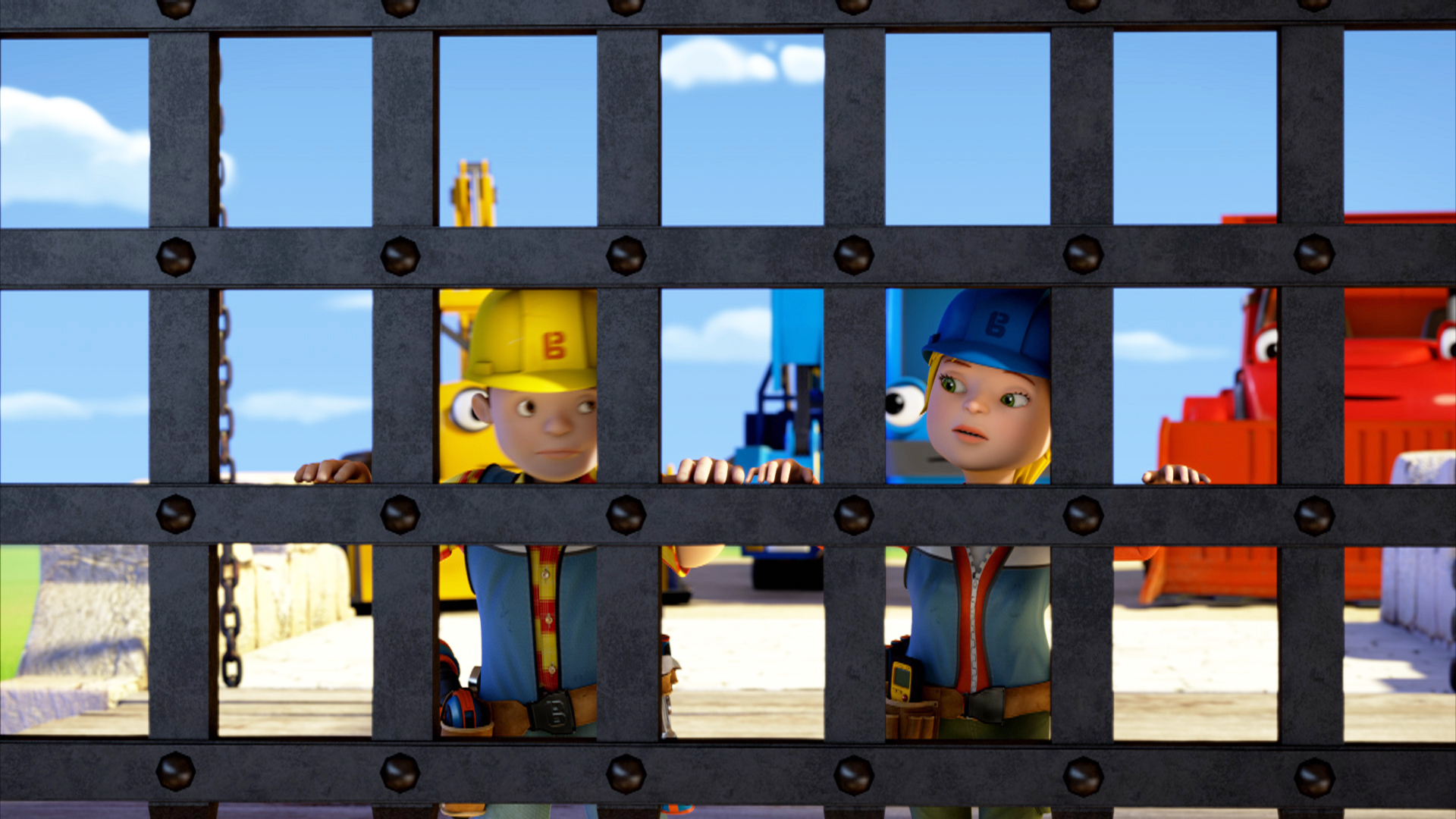 Use the form below to send us your comments. If you are experiencing problems, please describe them.
Player Help | Paramount+ Help
S1 E6 11min  TV-Y
Tonight the Fixham Medieval Festival will open, but Maria Madison is appalled to discover that the castle has no portcullis. She summons Bob to put one in. Meanwhile, Mr. Bentley puts his foot through a rotten section of drawbridge as he eagerly heads into the castle to rehearse his lines. Leo becomes distracted role-playing as Prince Fix-a-Lot and traps himself behind the portcullis and inside the castle where he can hear a ghost wailing! Bob and the team hatch a plan to break into the castle to rescue Leo. First they fit a new drawbridge in place of the rotten one so that Muck can drive across and raise the portcullis with his bucket. Bob bravely ventures into the castle, saving Max and exposing the real ghost - Mr. Bentley, warming up his vocal chords for the Medieval Festival! At the festival that night, "Queen" Madison praises Bob's heroic efforts, knighting him "Bob the Brave". Air Date: Sep 8, 2015
Now Streaming