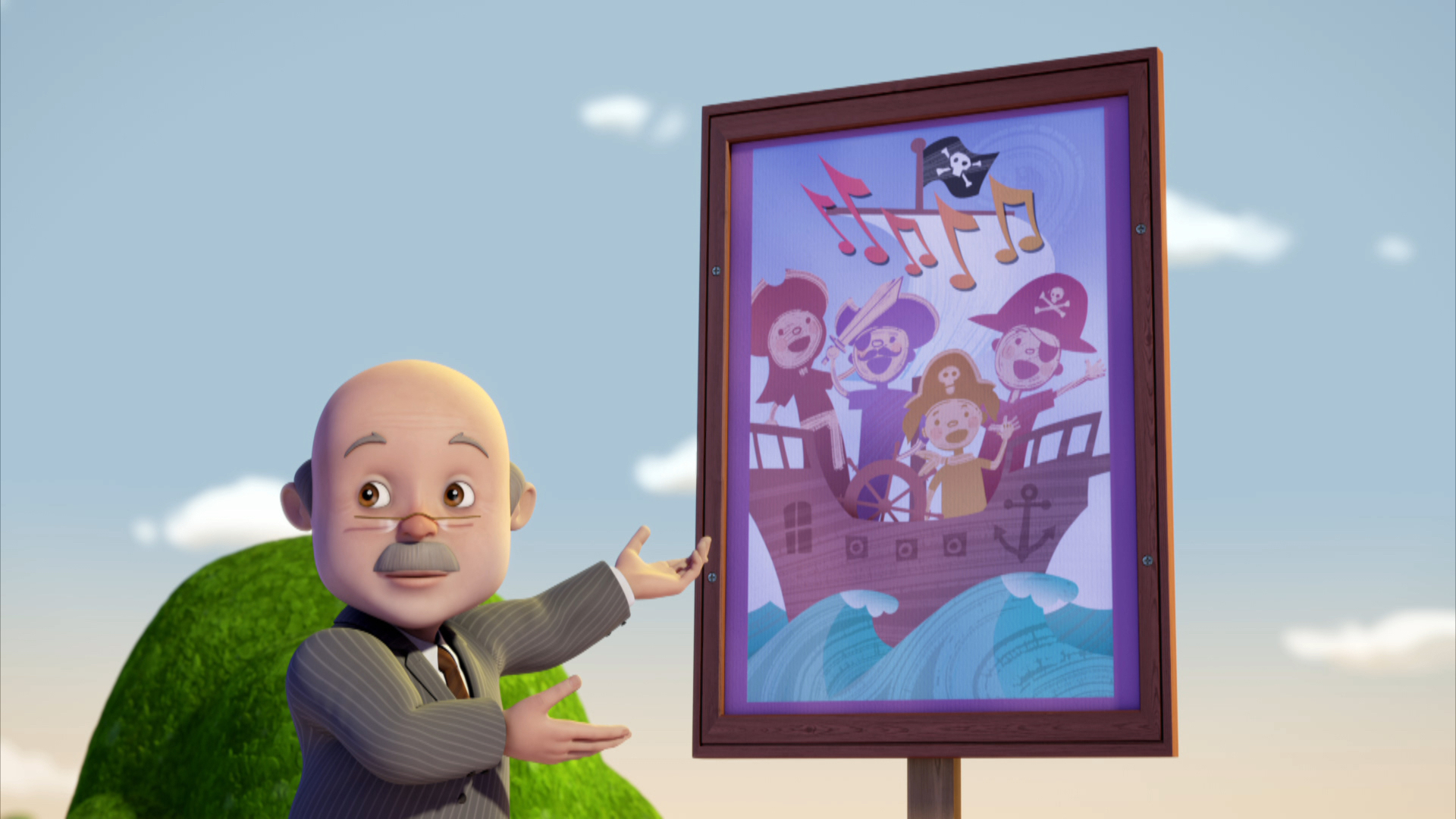 Use the form below to send us your comments. If you are experiencing problems, please describe them.
Player Help | Paramount+ Help
S1 E46 11min  TV-Y
Mr Bentley is doing vocal warm-ups with the Spring City Rockets, and is about to begin rehearsals for his latest masterpiece, "A Pocketful of Pirates". As Bob, Wendy, Leo, Dizzy and Muck arrive to renovate the hilltop theatre, Mr Bentley encourages them to join in the warm-ups. But Bob proves to be a hopeless thespian. As he confesses: I'm a builder, not a actor!" But Dizzy shows theatrical flair. When Mr Bentley has to run home and retrieve an important prop, he asks Dizzy to assistant direct. She's so excited by the task that she accidentally tells Leo to use slow-drying cement instead of fast-drying cement as they begin paving a hillside track down to the theatre. Torn between two important tasks - the play and the build - Dizzy also messes up her directorial duties, telling Brandon to get his pirate props from the wrong box. The mix-up causes disaster, and culminates in Dizzy plunging down the amphitheatre steps and breaking the prop pirate ship. Air Date: Feb 17, 2016
Now Streaming